The Book of Kells: Chi/Rho

This week’s poem in the Catholic Poetry Room is by Barbara Crooker.

The Book of Kells: Chi/Rho

With quills and ink of iron gall on folded vellum,
monks in their cells labored in hives of stone,
producing pages that glistened like honey,
sweetening the word of God. On this page, the chi
commands the eye, its arm swooping to the left
in an elegant scrawl, the smaller rho and iota
nestled to the right. Knotwork fills each letter
to the brim. Three angels fly from the crossed
arms, heaven and earth intertwined, coiled spirals
connected by curves. Despite the gleam, no gold
is used, just layers of color built up like enamel.
In the interstices, creatures of air: birds and moths;
creatures of sea: fish and otters; creatures of land:
cats and mice. For the whole world was holy,
not just parts of it. The world was the Book of God.
The alphabet shimmered and buzzed with beauty.

The Book of Kells is an illuminated manuscript of the four Gospels, created in around 800 AD. The Chi/Rho page consists of the Greek letters chi and rho that were used in medieval times to abbreviate the word “Christ.”

I Believe in Jesus Christ 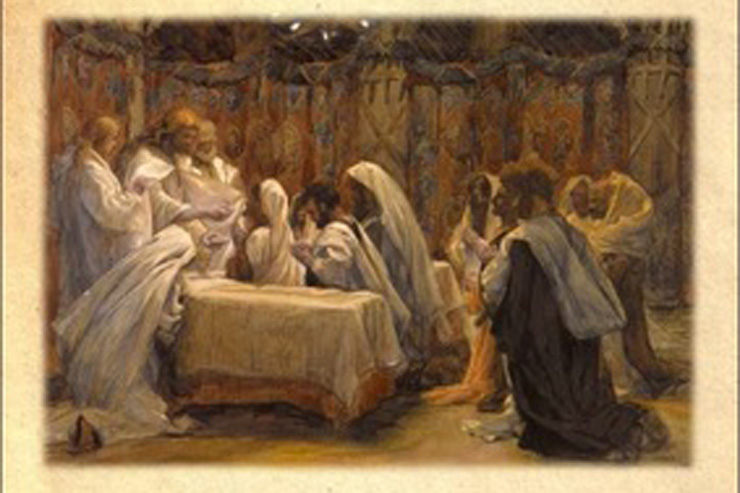 Through, With & In Him: A New Book on the Prayer Life of Jesus