Posted by Steven Jonathan Rummelsburg | Sep 8, 2015 | A Lamp Unto My Feet, Doctrine, In the Spotlight |

“Christ in the Desert (detail)” by Ivan Kramskoy

After John the Baptist baptized Jesus, the Christ was called into the wilderness by the Holy Spirit where He humbled Himself so profoundly that in the company of wild beasts and beleaguered by ravenous hunger after a forty day fast, He suffered the devil’s temptations. Jesus’ reasons for doing this on our behalf are many concerning the economy of Salvation, but let us recognize at the least that this unmerited act of mercy is vital component of the Gospel message. Fr. Gerald Vann instructs us, “in its symbolism we can see represented the whole life and ministry of Jesus.” Indeed, Christ’s temptation in the wilderness is worthy of arduous study and has been a prominent subject of Biblical exegesis from the early Church until the present.

Many important questions surround Christ’s temptation, like why was Jesus thrust into the wilderness for forty days immediately after His baptism? Were there really wild beasts around Him? Was he really tempted? What were His temptations like? Were they internal and mental or external and physical? What are we supposed to learn from Christ’s temptation? Did Satan know that Jesus was the Christ? Or did he think he was an ordinary man? After reading about Christ’s temptation in all three synoptic Gospels, these questions and many more rise for consideration. However, modern Biblical exegesis has brought a new question into the arena of Scripture study that must be answered before we can consider any other questions: “Did the temptation of Christ actually happen?” In concrete historical terms, did Jesus Christ confront temptation in the wilderness at the bidding of Satan himself? If we answer this in the negative, there is really nothing more to discuss.

Did the Temptation of Christ Really Happen?

Modern Biblical exegesis has been evolving for centuries. The twentieth century saw the solidification of many new methods of Biblical exegesis coalesce under the umbrella term “Critical methods for studying the Gospels” illustrated by such fields as historical criticism, textual criticism, form criticism, source criticism, literary criticism, redaction criticism, and many other types of criticism besides. The one thing they all have in common is that they are reductive and oriented to inductive reasoning. To describe only one example, form criticism is an exegetical method that takes pieces of scripture broken down into units and categorizes them according to literary pattern and then tries to trace each unit to its time of oral transmission.

These modern methods of Biblical criticism have swept across the world and are perhaps most popularly typified by Albert Schweitzer’s quest for the historical Jesus. Their questions and conclusions hinge on the historical record accompanied by textual analysis. New times ushered in this new thinking as historical, form, text and redaction criticism gained ever more purchase on the imaginations of academic theologians. One of the most prominent new exegetes of the twentieth century was Rudolf Bultmann (1884-1976). Bultmann was a German Evangelical Protestant minister. In 1921, he published the book The History of the Synoptic Tradition. He was one of four German protestant Biblical scholars to introduce form-criticism of the New Testament.

Bultmann ended up calling for the demythologizing of the New Testament. He almost completely eliminated the historicity of most of the events conveyed by Mathew, Mark, and Luke. As the protestant Biblical scholar Craig Blomberg writes in Jesus and the Gospels, “many proponents of the “historical critical method” have defined it to included three quite skeptical principles of the nineteenth century philosopher Ernst Troeltsch: (1) methodical doubt,: where by one is suspicious of any historical narrative unless strong corroborations evidence is found to support its claims,” (2) the use of analogy, and (3) the principle of correlation.

Bultmann ended his historical Jesus quest concluding that we can know little more about Jesus other than that he did exist, that he may have been crucified and that a few of the sayings he uttered are in fact attributable to him. Bultmann along with G. Bornkamm, W. Grundmann and most academic historical critical exegetes deny the historicity of the Temptation.

It is important to remember that empirical methods can never yield certainty, despite the exaggerated importance attributed to the material sciences in this age. Coming to the truths about the Faith are not well approached by modern methods grounded in the anti-faith principle of skepticism. These new exegetes contradict nearly two thousand years of Church tradition and teaching with very little substantive content. Perhaps, however, it is important to answer the questions of whether or the temptation actually took place in history. If sacred scripture is the word of God, and it is written that it happened, then either it happened or the Bible is false. We cannot have it both ways.

There is no doubt in the mind of Holy Mother Church that in fact Christ was tempted, in real temporal terms and as a historical fact. There is hardly a great Church father from Irenaeus, Tertullian, Chrysostom, Ambrose, Augustine, Justin, Jerome, Gregory the Great, and too many more to name who do not discuss the events of the temptation as greatly significant and obviously real. First as the redemption and fulfillment of the first Adam who fell when faced with his temptation and then as a foreshadowing of Christ’s passion and finally as a guide for us from the perfect teacher on the temptations the faithful will have to face as we observe that the fullness of time unfolds the events of Salvation History. Not one of these faithful and monumental saints have ever uttered a word against the historicity of Christ’s temptations, or any other divinely inspired Gospel accounting. In all cases, their treatments of the topic assume its veracity and importance so emphatically as to render the question moot, not to mention an offense against the authority and integrity of The Father, Son and Holy Spirit.

The Universal Church Doctor, St. Thomas Aquinas treats of the temptation in his masterpiece the Summa Theologica in part III, question 41 On Christ’s Temptation. It is worth noting that the fact that St. Thomas Aquinas comments on Christ’s temptations signals his assent to their veracity. He first answers the question about whether or not it “was becoming that Christ should be Tempted?” He goes on to consider the role of the desert in Christ’s temptation. After that he considers the time of the temptation and finally he considers the mode and order of the temptation. The nature and seriousness of St. Thomas’ work ought to signal clearly that the first assumption upon which this consideration is grounded is that it in fact a historical reality that our Christ was tempted in the wilderness.

St. Thomas Aquinas would hardly have considered the tempation a topic worth memorializing or contemplating had it never happened. If we conclude with the modern exegete that the temptation did not happen, then we must also necessarily say that St. Thomas Aquinas’ work on this matter was done in vain. A cursory glance at their respective conclusions at the end of their lives speaks volumes- Bultmann ended in denying everything mystical about Christ and St. Thomas Aquinas, having been gifted the Beatific Vision, could no longer suffer the mundane, even his own inspired writing projects.

There is a modern divide in this age between academia and faithful theologians. The proper use of the will and intellect as they correspond to faith and reason are intended to be, as Pope St. John Paul II said at the outset in his vital encyclical Fides et Ratio “like two wings on which the human spirit rises to the contemplation of truth; and God has placed in the human heart a desire to know the truth—in a word, to know himself—so that, by knowing and loving God, men and women may also come to the fullness of truth about themselves.” Pope St. John Paul II squarely identifies our greatest difficulty today, we no longer know the truth about ourselves, and this has dramatically affected our teaching class..

Over the centuries, since the advent of nominalism, we have gradually cut ourselves off from the transcendent aspects of our existence. We are left in this age with a misunderstanding of the Christian anthropology. The manifestation of the modern moral and intellectual errors in the Ivory Tower is that intellect and will have been excised from academic considerations. Inductive reasoning has replaced the first principles of deductive reasoning and speculative philosophy. Scientific reductionism has reduced previously intellectual considerations like theology, philosophy and the humanities to reductive social sciences that embody the Enlightenment trope that “man is the measure of all things.”

Ironically, it requires a much bigger act of faith to believe Christ didn’t actually face temptation as it is written because the only source is a single miniscule mind who asserts skepticism as a thing that is true. In this Dark Age we ought to reject the primacy of the historical critical method and suggest that the faithful subordinate these methods to the lowest level of exegetical importance where they belong. Let us reject the conclusions which are not in accord with the Tradition and Teaching of Holy Mother Church. Our Lord and Savior Jesus Christ who died on the Cross for us, did in fact face the temptations in the desert from Satan, and He did so for us!

It has been the position of the Church from the beginning that historically, Christ was in fact tempted, in real terms and as an artifact of His earthly mission. To side against Holy Mother Church, the Church Fathers, Doctors and Saints is a bold arrogation to be in possession of knowledge that is impossible to acquire. If we side with Scripture as the inerrant word of God as expounded by the Magisterium that Christ was in fact tempted by Satan in the wilderness, then we can move on with confidence to examine other interesting questions concerning the nature of temptation and our duties in the spiritual combat. Let us ignore the cant coming from the world and embrace the marvels of revelation conveyed by the gifts of the Holy Spirit to all souls of good will. 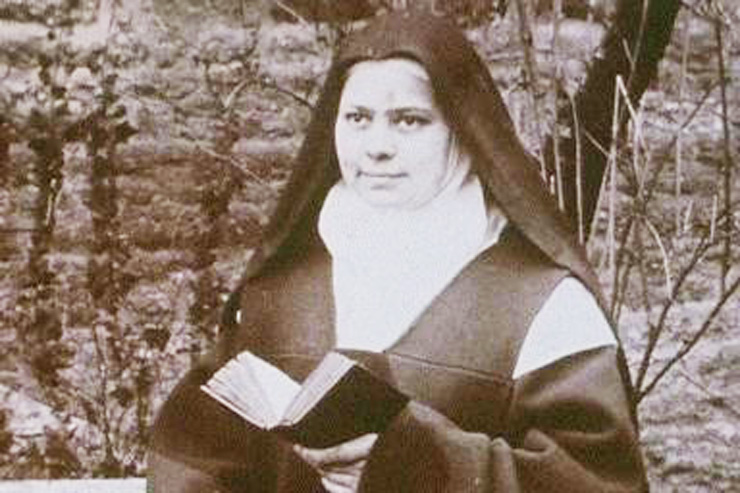 Let Your Prayer Life Explode with Blessed Elizabeth of the Trinity 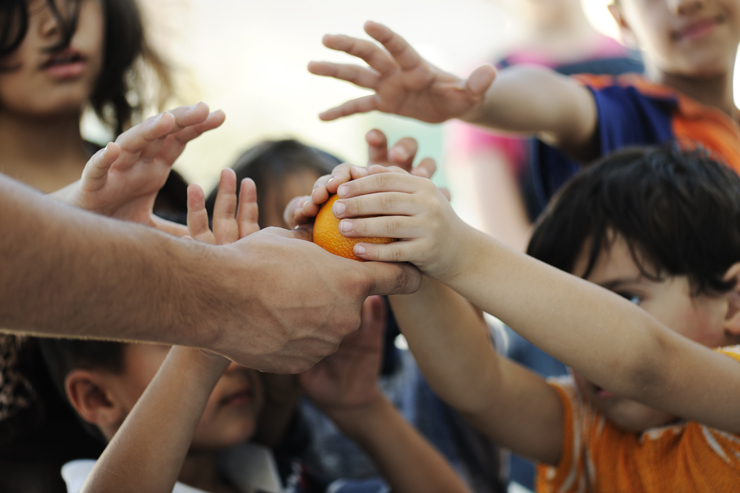 Precepts of the Church: Is Getting Our Foot in the Door Enough? 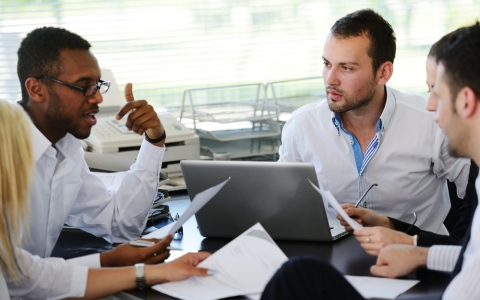 Entrepreneurship and Serving the Church: 3 Tips for Embracing Failure and Persevering through Discouragement