“The Virgin at Prayer” (detail) by Sassoferrato

The Power of a Praying Parent series

Prayer and suffering united to the Cross of Christ unleash God’s power, invite Him in and allow Him to work fully in our lives. This was made manifest to me eleven years ago when I was suffering from cancer.  Just after diagnosis and before staging, I had to undergo a bone marrow biopsy. Someone I knew who had had several bone marrow biopsies had shared that this was an extremely painful procedure despite attempts at pain control, so when I went in for my biopsy, I was afraid. The kind nurse attending chatted with me. She really helped me feel more at ease. She was intrigued that my husband and I have nine children and asked me many questions about that. At one point she told me that she and her husband were unable to have children. She had become pregnant once early in their marriage but had a miscarriage. Months passed into years and since then she had not been able to become pregnant. When the nurse finished telling me this, I felt so much empathy and compassion for her. My children meant everything to me, were such a huge blessing my reason for living really, and I couldn’t imagine my life without them. Couldn’t you spare one child for her, Lord? I impulsively prayed mentally.

And then I blurted out, “I’ll offer up this biopsy pain for you—that you conceive and have a baby.” I am not an impetuous person. It is not in my nature to blurt things out. I usually sit, think, and stew before I speak. Nevertheless, those words came out of my mouth right then. I didn’t even know if this woman was a person of faith.

The nurse smiled, paused, and in retrospect, I wonder if she was thinking that I didn’t know what I was about to endure. She said, “You might want to pick a different intention, something more important to you. These procedures are pretty painful.”

Soon, I was not smiling. As the nurse assisted, the doctor performed the bone marrow procedure, which was excruciatingly painful.  Even with a shot for pain, the long needle inserted into my bone then marrow pierced places where the anesthesia could not reach. I was lying on my stomach, clutching a pillow and my husband’s arm. As the needle went in my back side, I dug my nails into my husband’s arm deeper and deeper until he winced in pain himself, and instinctively I bit into the pillow as hard as I could. “For her baby, for her baby, for her baby….” I prayed in my mind, “Please help her and her husband. Please let them have a child.”  I could feel and almost hear the long needle scraping my inner bone. In five minutes the procedure was complete and I had to apologize to my husband for the marks I left on his arm.

I received a phone call some time later with the news that the cancer was not in my bones, praise God, then in the whirl of the cancer diagnosis, staging, and beginning of chemotherapy treatment I didn’t think much more about the day of the bone marrow biopsy. I endured six months of chemotherapy and then had to check back in three months after that, then six for routine follow-ups at the oncologist’s office. At one of those visits for a post-chemo routine check-up. It was the same office where I had had the biopsy procedure done.

A nurse checked me in and sent me to the back where bloodwork was taken. There, I ran into the nurse that had assisted at my bone marrow biopsy.

“Oh my gosh! I saw your name on the list and I was so excited for you to come in!” she nearly shouted at me.

“It’s nice to see you,” I said, a little confused at her enthusiasm.

“I couldn’t wait for you to come in today! Oh my gosh. I have to show you something!”

The nurse quickly turned in the opposite direction, heading for another room.

I was confused, but soon she was back, shoving a picture of a newborn baby in my hands. “This is my baby! I had a baby! I found out I was pregnant a couple weeks after your biopsy. I traced it to the week, the exact week, of your biopsy and prayer! I’ve been telling everyone here, that if they need something they need to ask YOU to pray for them!!”

She laughed and rambled on, but that’s all I heard.

Do you see what God did? Do you see the kindness in Him and His love? God allowed me– and this makes me get tears in my eyes every time I think of it—He allowed me to be a part of this great miracle. Easily, so easily, He could have blessed this couple with a child any time. However, in His supreme benevolence, He allowed me in a very small way to take part in it. I truly believe He did this to show me and this nurse and her husband and you reading this right now, that this is how He works; He lets our small insignificant-in-the-scheme-of-the-universe selves affect outcomes in the world. Our prayers and sufferings in prayer matter. God allowed me on that day of my bone marrow biopsy to play a small part in this beautiful event to give me faith, to encourage me to continue to offer my sufferings for others. I believe He did this to encourage all of us to make the most of the difficulties we have to endure, to unite our sufferings with His and offer them in prayer for one another.

I’m sure if you pay attention you will be able to see events like this all around you, instances of God pretty much directly reaching down into our lives when we ask Him to.

Here are a few recent stories from the news:

One cold day in January, 2015, three teenaged boys fell through the ice on a lake on which they were walking in St. Louis, Missouri. Two boys managed to get out, but a third, John Smith, aged 14 was submerged under water for forty-five minutes before rescue crews could get him. By then he was clinically dead. Despite John having no pulse, CPR was performed as the rescue workers transported him to the nearby hospital. The doctor who was on call that night believed there was no hope that he would survive. But John’s mother, who rushed into the room to see her unresponsive son, prayed loudly for him. “Holy God, please send your Holy Spirit to save my son! I want my son. Please save him!” Almost immediately, John’s pulse returned.  This miraculous event was documented on the local news and picked up by USA Today. [1]

Similarly, in August of this year, a five-year-old boy fell into Dinkey Creek in the Sierra National Forest in California. An off-duty police officer who was camping with his family heard screams and rescued the boy who was found unresponsive in the water.  The officer performed thirty minutes of CPR and twenty minutes of rescue breathing, then panicked that the boy remained unconscious. Suddenly he had an idea. The officer turned to the boy’s mother and suggested that they pray. As they were praying, the boy’s pulse returned. At a recognition for his efforts in the rescue, the officer refused to take credit.  “When you come down to the end of it, there’s only one person really to recognize and that was God,” he said. [2]

These are dramatic examples of the power of parental prayer, but God offers subtle protection and also gently enlightens the minds of our children when we ask Him for help. He softly and tenderly nudges, guides and helps. Our prayer open up the channels for His grace. Even when we do not experience a desired physical outcome, prayer has a profound effect on a soul. 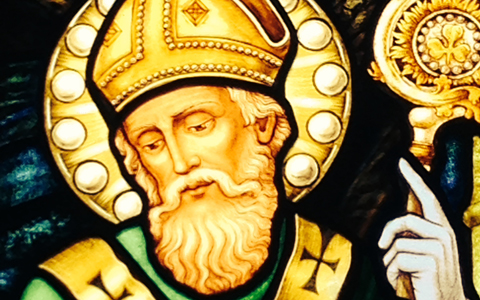 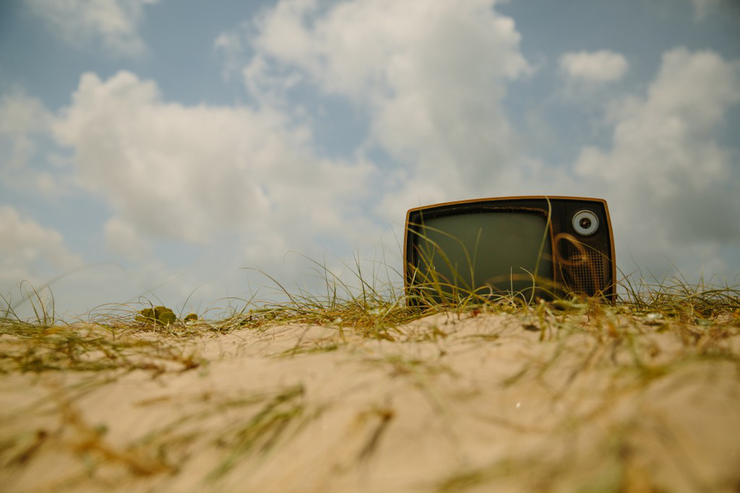