“Suffer the little children to come unto me.” (detail) by Carl Bloch [Public domain], via Wikimedia Commons

The other night at the White House Correspondents’ Dinner, Michelle Wolf, who I’m told is a comedian, regaled the black-tie and sequin-gowned crowd with her “jokes.” Almost all were in extremely bad taste and/or wildly offensive, but one has become accustomed to that sort of coarseness in the comedy clubs and even on mainstream television. However, she crossed over into the territory of the morally appalling when she indulged in this bit of witticism regarding Vice President Mike Pence: “He thinks abortion is murder, which, first of all, don’t knock it until you’ve tried it. And when you do try it, really knock it, you know. You gotta get that baby out of there.” One is just at a loss for words.  I mean, even some in the severely left-leaning crowd in Washington groaned a bit at that remark.

It might be helpful to remind ourselves what Ms. Wolf is referencing when she speaks of “knocking that baby out of there.” She means the evisceration, dismemberment, and vivisection of a child. And lest one think that we are just talking about “bundles of cells,” it is strict liberal orthodoxy that a baby can be aborted at any stage of its prenatal development, even while it rests in the birth canal moments before birth. Indeed, a child, who somehow miraculously survives the butchery of an abortion, should, according to that same orthodoxy, be left to die or actively killed. Sure sounds like fun to me; hey, don’t knock it until you’ve tried it.

I realize that these attitudes have been enshrined in American law for some time, but what particularly struck me about the Correspondents’ Dinner was how they were being bandied about so shamelessly for the entertainment of the cultural elite. Let’s face it, the people in that room—politicians, judges, writers, broadcasters, government officials—are the top of the food chain, among the most influential and powerful people in our society. And while the killing of children was being joked about—especially, mind you, the children of the poor, who are disproportionately represented among the victims of abortion—most in this wealthy, overwhelmingly white, elite audience guffawed and applauded.

And this put me in mind of Friedrich Nietzsche. I’ve spoken and written often of the influence of this nineteenth-century thinker, whose musings have trickled their way down through the universities and institutions of the high culture into the general consciousness of many if not most people today. Nietzsche held that the traditional moral values have been exposed as ungrounded and that humanity is summoned to move, accordingly, into a previously unexplored space “beyond good and evil.” In such a morally unmoored universe, the Ubermensch (superman or over-man) emerges to assert his power and impose his rule on those around him. Nietzsche had a special contempt for the Christian values of sympathy, compassion, and love of enemies, characterizing them as the ideals of a “slave morality,” repugnant to the noble aspirations of the Ubermensch. Through his many avatars in the twentieth-century—Sartre, Heidegger, Foucault, Ayn Rand, etc.—Nietzsche, as I said, has exerted an extraordinary influence on contemporary thought. Whenever a young person today speaks of traditional ethics as a disguised play of power or of her right to determine the meaning of her own life through an exercise of sovereign freedom, we can hear the overtones of Friedrich Nietzsche.

All of which brings me back to the White House Correspondents’ Dinner. When we live in the space beyond good and evil, when morality is construed as entirely the invention of personal freedom, when nothing counts as intrinsically wicked, when any claim to moral authority is automatically shouted-down—in other words, when we live in the world that Nietzsche made possible—then the will of the most powerful necessarily holds sway. And when something or someone gets in the way of what the powerful want, well then, they just “gotta knock it out of there.” Michelle Wolf’s comment was not just a bad joke; it was a brazen display of power, designed to appeal precisely to those who have reached the top of the greasy pole.

One of the extraordinary but often overlooked qualities of a system of objective morality is that it is a check on the powerful and a protection of the most vulnerable. If good and evil are objective states of affairs, then they hem in and control the tendency of cultural elites to dominate others. When objective moral values evanesce, armies of the expendable emerge, and what Pope Francis aptly calls a cultura del descarte (a throwaway culture) obtains. One of the indicators that this has happened is lots of people in tuxedos and formal gowns, sipping from wine glasses, and laughing while someone jokes about the murder of children.

Editor’s Note: Bishop Barron’s article first appeared May 1, 2018 on the Word on Fire website and is presented here with the kind permission of the author. 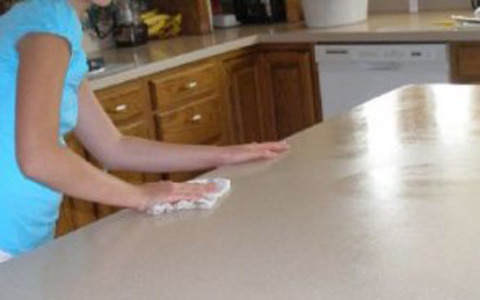