Really, Truly, Substantially Present – On the Real Presence of Christ in the Eucharist

[Editor Note: At the end of the article, you can watch and listen to Fr. Barron’s detailed examination of the Bread of Life Discourse in St. John’s Gospel – Chapter 6.] Last month [June 24-25, 2011], I gave an address at the annual Atlanta Eucharistic Congress, which is one of the most impressive gatherings in the American Catholic Church. Roughly 30,000 people came together, on the eve of the feast of Corpus Christi, to celebrate the real presence of Christ in the Eucharist. The Congress opened with a spectacular procession of thousands of Catholics, representing practically every parish and organization in the Atlanta Archdiocese. As the throngs marched in, a choir, backed by an energetic band, sang spirited gospel songs. After an hour of singing and marching, Archbishop Wilton Gregory appeared, at the end of the procession, bearing a large consecrated host in a gold monstrance. As the Archbishop approached the elevated altar, a group of Mexican drummers, dressed in Aztec finery, beat an insistent rhythm. Then, when the monstrance was placed on the altar, the entire arena fell silent for two minutes, and finally one of the classic Eucharistic hymns of the church was sung. It was one of the most impressive expressions of the church’s belief in the real presence that I have ever witnessed.

What is the provenance of this distinctively Catholic conviction that Jesus is “really, truly, and substantially present” under the Eucharistic signs of bread and wine? I would suggest that we begin with the still breathtaking discourse of the Lord, found in the sixth chapter of the Gospel of John. Astounded by the miraculous multiplication of the loaves and fishes, the crowds come to Jesus and he tells them not to search for perishable bread, but rather for the bread that “endures to eternal life.” He then specifies, “I myself am the living bread come down from heaven…the bread that I will give is my flesh for the life of the world.”Now it would be hard to imagine anything more theologically problematic, and frankly, more disgusting to a first century Jew than this claim. Scattered throughout the Old Testament are numerous prohibitions against the eating of an animal’s flesh with the blood, for blood was seen as life and hence as the special prerogative of God. But Jesus is proposing, not only the eating of an animal’s flesh with blood, but his own human flesh with blood. When they balk (“The Jews quarreled among themselves, saying, ‘How can this man give us his flesh to eat?’”), Jesus does not tone down his rhetoric; he intensifies it: “Amen, amen, I say to you, unless you eat the flesh of the Son of Man and drink his blood, you have no life in you.” It is fascinating to note that the Greek verb that lies behind the word “eat” here is not phagein (the verb normally used to designate the way human beings eat) but rather trogein (a verb that designates the way animals eat, having the overtone of “gnawing” or “munching”). And in case anyone has missed his point, Jesus adds, “For my flesh is real food and my blood is real drink.” Are we surprised that most of the crowd, having taken in this teaching, decided to leave Jesus? “Therefore, many of his disciples…said, ‘This is a hard saying: who can understand it?” So indeed has this teaching been hard and divisive in the course of the church’s life.

How can we begin to understand it? Let us consider the power of words. Certainly words can describe reality, standing, if you will, in a passive relationship to what is. But they can also play a much more active role, not simply describing reality, but affecting it, changing it. Think of the manner in which a word of praise, spoken by a significant authority figure, can change the direction of a young person’s life. Or consider the authoritative statement, “you’re under arrest,” spoken by a properly deputized officer of the law: whether the addressee of those words likes it or not, he is, in fact, under arrest, the words having actively changed his status. Now if our puny human words can change reality, how much more thoroughly and radically can the divine word bring about an ontological transformation. On the Biblical telling, God’s word in fact constitutes reality at the deepest level: “God said, ‘let there by light,’ and there was light.” The prophet Isaiah, channeling the words of the Lord, says, “So shall my word be that goes forth from my mouth; it shall not return to me void, but it shall accomplish what I please…”

The central claim of the New Testament is that Jesus is not simply one teacher among many, one more in a long line of prophets, but rather “the word made flesh,” the incarnation of the divine word which made and sustains the world. Therefore, what Jesus says, is. To the dead daughter of Jairus, Jesus said, “Little girl, get up,” and the dead girl got up. At the tomb of Lazarus, Jesus shouted, “Lazarus come out!” and the dead man came out. The night before he died, Jesus sat down with his disciples for a Passover supper. He took the ordinary unleavened bread, broke it, gave it to his disciples and said, “take this all of you and eat it; this is my body.” He then took the blessing cup after supper and, passing it around, he said, “take this all of you and drink from it; this is the cup of my blood.” Was he trading in symbolic and metaphorical speech? If he were an ordinary human being, one more prophet or religious poet, that’s all he could have been doing. But he was, in fact, the Word of God, and therefore, his words had a power to transform at the most fundamental level of reality. This is why that ordinary bread and wine became Christ’s very body and blood.

At the consecration at every Mass, the priest takes bread and wine and pronounces over them, not his own words, but Christ’s. He acts, not in his own person, but in persona Christi and hence he affects the transformation that Catholics call “transubstantiation,” the changing of the bread and wine into the body and blood of Christ. And this is why, in the presence of those transformed elements, the only proper action is to fall down in worship.

Watch and listen to Fr. Barron reflect on the Real Presence… 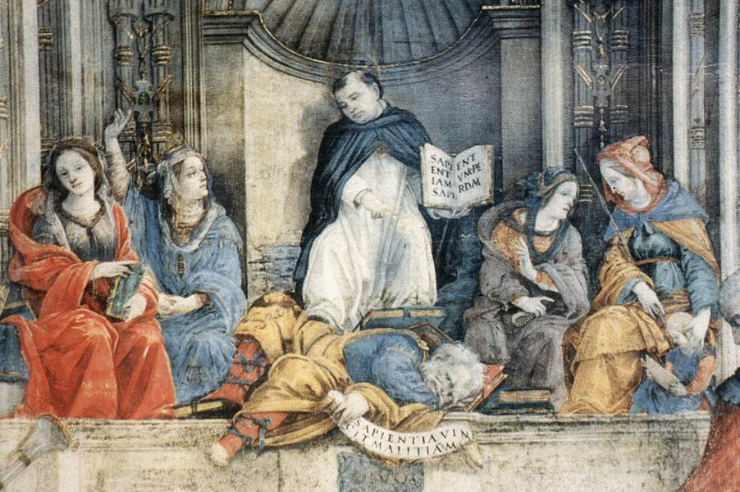 Give Full Assent to the Teachings of the Church

Why We Celebrate the Dormition and Assumption of Mary 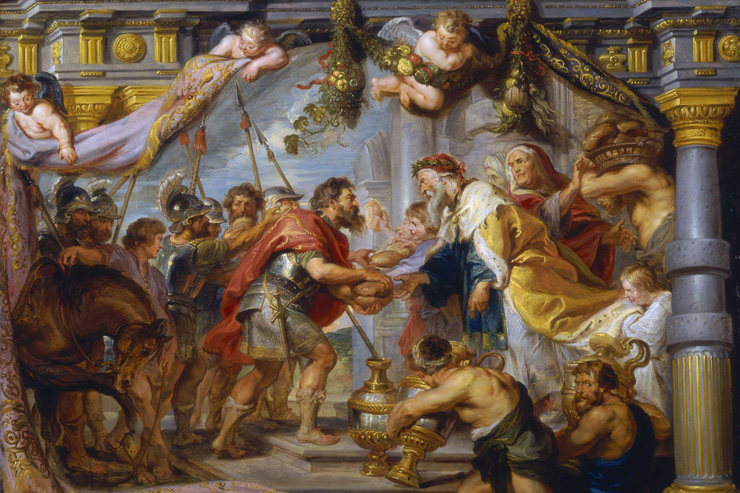 Melchizedek Priest of the God Most High