Faith and the Next Generation “If there is one thing you could tell your parents, what would that be?” This question was directed by a TV hostess to a teenage girl. The girl’s face gleamed at the chance of being a parent to her parents and being given permission to tell them exactly what they needed to be told.

With unmistakable enthusiasm in her eyes and with an air of supreme confidence, she replied, “I would tell them to be more lenient with us because the times have changed.” She gave the last four words sharp emphasis, as if she were speaking to the hearing-impaired.

Good question, bad answer, I thought to myself. Is there a parent of a teenager to be found anywhere in the world who has not sensed that the times have changed since he or she was a teenager? The problem is not recognizing that change has occurred, but in figuring out how one can be a good parent at a time when the changes are overwhelming.

Our brave new world now features high-speed Internet, the World Wide Web, AIDS, sexual anorexia, stem-cell research, in vitro fertilization, the global village, the persistent threat of terrorism, and digital cable television. And yet, in a deeper sense, have teenagers changed all that much? They continue to sound like teenagers from any generation, clamoring for more freedom from presumably tyrannical parents, while they are held captive by a culture that envelops them and programs their complaints.

“Why do you think,” I would like to have asked the girl, “that this new world in which you live requires more leniency?” If, as sociologists claim, the world is changing at an ever-accelerating pace, and children are growing up faster than ever before, shouldn’t parents be even stricter in raising their children, if only to prevent them from being consumed by their culture?

Now, let us suppose that our TV hostess were to ask the corollary question of a parent: “If there is one thing you could tell your teenage daughter, what would that be?” Perhaps the answer might be this: “Be sure to put your faith in that which will not betray you.”

Faith is a belief that gives an overriding meaning to our actions. It gives unity and purpose to an otherwise dissipated life. It is the string that keeps the pearls from scattering. As the philosopher Soren Kierkegaard has reminded us, we know backward, but we must live forward. But we all journey into an unknown future. How can we do this without being armed with some kind of faith that this unknown future will give meaning to our lives? Without faith, we experience despair. And being hip, cool, with-it, and in-step-with-the-times are not adequate dikes against the sea of despair. Teenagers may exult in the moment, but the moment can never fill their hearts.

Faith, therefore, is necessary. But faith comes with an additional set of problems. What should be the proper object of our faith? Here we encounter the problem of the misplacement of faith: Politics, movie stars, professional athletes, and consumer products — “You can believe in Buick” — become objects of faith and soon disillusion their believers. And disillusionment is usually followed by despair.

Amidst all the problems, new and old, that today’s teenagers face, there are two most encouraging signs. One is the great enthusiasm that young people have demonstrated in connection with the recent World Youth Day celebrations. Another is the fact that an increasingly higher percentage of young people are now declaring themselves to be pro-life.

Surely, as any Catholic should agree, faith in God the Creator of Life is not a belief that is misplaced. Moreover, it is one that gives continued meaning to one’s existence and offers a perspective that transcends the narrow confines of self-interest. Teenage rebellion and the quest for independence often result in an excessive preoccupation with the self that proves, once again, to tend toward both disillusionment and despair. As human beings, we are meant for communion, for participation, to belong to something greater than ourselves. It is not good to be alone; it is even worse to be self-indulgent.

To have faith is to be audacious. Faith gives us the courage to rise above ourselves so that we can achieve lofty goals. We must continually strive to renew our faith.

In his Agenda for the Third Millennium, the late John Paul II advises us to put our faith in Jesus: “I urge you to preserve intact your faith in Jesus the Saviour, who died and rose again for us. Listen carefully to his Gospel, which the Church continues preaching to you with unchanging fidelity to what has been taught from the beginning.” With regard to parents, he states, “Bring up your children to obey the commandments, teaching them to ask God for the courage they will need to defy the dominant opinion, when it is in opposition to the Gospel. Do not be afraid to swim against the tide.”

The problems of today might call for greater strictness and discipline, especially among the young, because the need for Gospel values may be more urgent than ever before: “Today as never before,” John Paul II writes, “the world has need of the newness of the Gospel, so as not to drown in the overwhelming conformism of mass civilization.”

The great Catholic essayist G. K. Chesterton recounts a conversation he had with a publisher while they were taking a stroll. The publisher casually said of someone, “That man will get on; he believes in himself.” Chesterton asked his companion if he would like to know what happens to those “who believe most in themselves.” “The men who really believe in themselves,” Chesterton offered, “are all in lunatic asylums.” “Well,” the publisher responded, “if a man is not to believe in himself, in what is he to believe?” After a long pause, Chesterton promised to go home and write a book to answer that question. He was true to his promise and the book, Orthodoxy, became both a classic and a model of sanity. Christ was the object of his belief. A bon mot from his book is the following: “Men who begin to fight the Church for the sake of freedom and humanity, end by flinging away freedom and humanity if only they may fight the Church.”

Why should a teenager, filled to the brim with rebellion and a healthy lust for independence, not have faith in himself? It is because such faith would be divorced from knowledge and love. Rather, he should put his faith in Christ since He knows the future and both loves and believes in him. 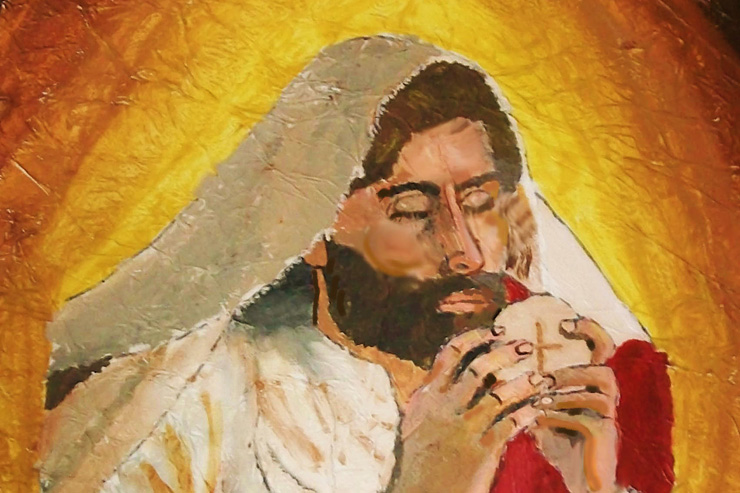 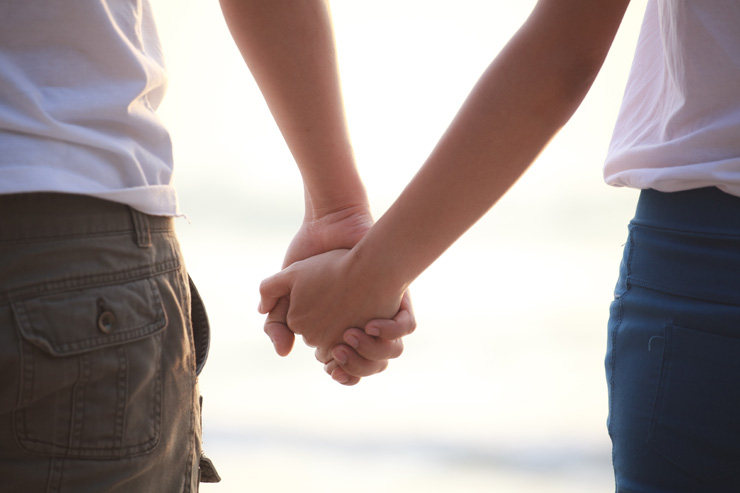