When my husband recently retired from the Air Force and became a Junior ROTC instructor, I picked up a new additional duty—dry cleaning gofer.  Since we were new in town and I didn’t know anybody, I often chatted with the employees and got to know their names.  One day the regular girl disappeared, replaced by an enigmatic cashier who was all business, unlike her chatty predecessor.  She was one of those women who could either be in her 20’s or her 40’s, and she always wore a tank top and jeans.

I finally broke through her shell by mentioning something about a place I had visited.  She asked more questions, and I told her I that my family had traveled in an RV for four years and explored most of the country.  Intrigued, she expressed a desire to do the same, remarking, “I would hate to leave this world without having ever seen it.”

At last, I learned her name.  It was Tabitha.  For my generation, this unusual name instantly triggers memories of the popular TV series, Bewitched, and the main character’s daughter, Tabitha.  Much to my surprise, that afternoon I found an entry for a Saint Tabitha while searching through the feast days for October.  Curious, I clicked on a link to learn more.

All we know about St. Tabitha comes from the Acts of the Apostles.  She was a member of the early Church in Joppa.  Since her story is so brief, I will recount it here:

Now in Joppa there was a disciple named Tabitha (which translated means Dorcas).  She was completely occupied with good deeds and almsgiving.  Now during those days she fell sick and died, so after washing her, they laid (her) out in a room upstairs… The disciples, hearing that Peter was [nearby], sent two men to him with the request, “Please come to us without delay.”  …When he arrived, they took him to the room upstairs where all the widows came to him weeping and showing him the tunics and cloaks that Dorcas had made while she was with them.  Peter sent them all out and knelt down and prayed. Then he turned to her body and said,”Tabitha, rise up.” She opened her eyes, saw Peter, and sat up.  He gave her his hand and raised her up, and when he had called the holy ones and the widows, he presented her alive.  This became known all over Joppa, and many came to believe in the Lord.

I tried to discover more about this saint, but she is just as mysterious as her namesake at the dry cleaners.  I turned to the obvious expert, my good friend Theresa Doyle-Nelson, author of Saints of the Bible and More Saints of the Bible.  She replied to my request for more information about St. Tabitha with disappointing news.  Tabitha, it seems, is not listed in the Roman Martyrology and is therefore not an official saint.  Theresa added, “I have learned that the very early church historians who kept lists of saints were pretty tough on women.  Sadly, very few Biblical women are classified as saints.  I hope you still write about Tabitha … her story is inspiring.”

Now how could I write about a saint who was not a saint?  Then it occurred to me that in the Apostles’ Creed we state our belief in the “communion of saints.”  According to the Catechism:

“We believe in the communion of all the faithful of Christ, those who are pilgrims on earth, the dead who are being purified, and the blessed in heaven, altogether forming one Church; and we believe that in this communion, the merciful love of God and His saints is always [attentive] to our prayers.” (CCC 962)

We are all called to be saints!  Certainly it is not wrong to pray to a non-canonized saint to ask for help.  In fact, many seamstresses regard Tabitha as their patron since she sewed tunics and cloaks for the disciples.

Back at the dry cleaners, I asked Tabitha if she was named after the woman in the Bible or the young girl on Bewitched.  She rolled her eyes, “Bewitched, of course!  My parents were crazy hippies.”  She added, ‘Where is Tabitha in the Bible?”  I told her to read the story in the Acts of the Apostles and that St. Peter raised her from the dead.

That afternoon, I offered daily Mass for the intentions of my new friend at the dry cleaners.  Perhaps she may one day be an official St. Tabitha!

Some feast day calendars mention a St. Tabitha on October 25th.  Despite the fact that she is not an official saint, you can still pray for her intercession and perhaps read her story in the Bible to honor her on that date.

The Art of Living: Patience and Perseverance 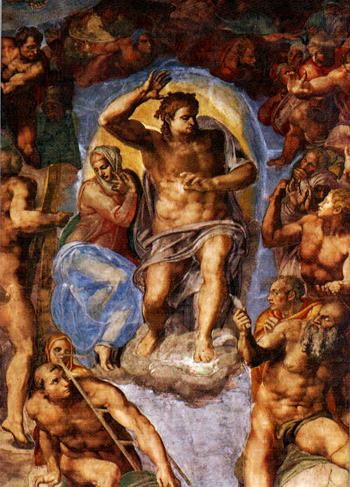 How to Survive the Fall of Western Civilization