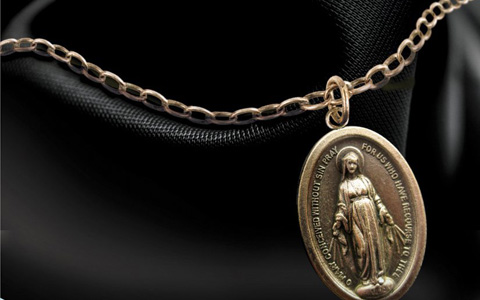 “I knew nothing. I was nothing. For this reason God picked me out” (St. Catherine Labouré).

The Miraculous Medal by Donna-Marie Cooper O’Boyle is a journey through and to the sainthood of St. Catherine Labouré. And sainthood is not easy. Even with the enormous graces given to Catherine, she had to struggle against her father (a former seminarian!) to fulfill her vocation.

Born on May 2, 1806, at the ringing of the 6 o’clock Angelus bell, she was raised in a devout Catholic family in the village of Fain, France. One of seventeen children, she was pious, obedient and saintly even as a small child. Her prayer life developed early and her devotion to God and the Blessed Mother was fostered and strengthened by her daily prayers, regular Holy Communion and frequent visits to church and the Blessed Sacrament. It was an ideal childhood and then Catherine’s mother died at the age of forty-two. Life changed for the whole family, but Catherine turned to the Blessed Mother and said, “Now dear Blessed Mother, you shall be my mother.” She never wavered in her belief and devotion.

Of Catherine’s siblings, her eldest sister entered the convent. Two of her brothers went to Paris and the struggle began to hold the family together. At the age of twelve she was given the task of running the home for her father and remaining siblings. No easy task for one so young, Catherine still found time for daily prayer and visits to the Blessed Sacrament. Because of the esteem held for the Laboré family, the villagers had built a chapel named for them, and Catherine visited it at every opportunity. She felt very close to the Blessed Mother and in her devotion longed to see and talk with the Blessed Mother.

The road to God is never easy, not even for Catherine. She rejected all suitors and marriage proposals. She struggled with her obedience when her father sent her to Paris to work in her brother’s restaurant. Time spent in boarding school improved her knowledge and skills, but kept her further from her aspirations. Catherine had the gifts of patience and humility and God was watching. In time, despite the apparent roadblocks, all her dreams would indeed come true. Fortunately, Catherine had family members on her side, including her older sister, a superior of the Sisters of Charity, who championed her desire. She wrote to Catherine:

“If God begins to speak to your heart, no one has the right to prevent you from entering the service of so good a Master, which is the grace I beg Him to bestow on you . . . Therefore if God calls you, follow Him.”

With the help of her sister-in-law, Catherine was introduced to the Sisters of Charity and the stage was set for the fulfillment of all that she had envisaged.

As a postulant, apparitions began with over ten visions of St. Vincent de Paul’s heart. Catherine instinctively discerned the message of each of the visions. Finally, Mary appeared to Catherine in the small chapel convent of Rue du Bac, Paris, and told her that God had a mission for her. Mary told her of prophecies and evil that would take place and to never to lose faith. It was “the sweetest moment of Catherine’s life.” Mary appeared again, showing the form of the Miraculous Medal, and gave instructions to have the medal struck in that design.

Nothing happens overnight. The discernment period for determining authenticity of the medal design required faith and cooperation. Fr. Aladel, a young priest who dismissed Catherine initially became one of her staunch supporters. Archbishop de Quelen, who had a strong devotion to the Immaculate Conception of Mary, was also instrumental in the process. The design was determined to be doctrinally correct and the medal was struck in May of 1832. Twenty thousand were produced and in June, the first two thousand were delivered.

From the beginning, everyone was anxious to have a medal. “Extraordinary and miraculous wonders were happening that were attributed to the medal.” The medal spread all over France and beyond. Miracles and conversions occurred as the sacramentals known as the Miraculous Medal were handed out and received with joy and hope. Even Fr. Aladel wrote a ninety page book called The Miraculous Medal and four editions were printed within the year.

“Hundreds of millions of medals were made and distributed within the first forty years after the Blessed Mother had given the gift of the medal.”

Other Marian apparitions occurred in Sr. Laboré’s lifetime in France. In 1839 the Blessed Mother appeared to Sr. Justine Bisqueyburu and gave instructions for the Green scapular, followed by an appearance to Sr. Appolline Andreveux with instructions for the red scapular.

No doubt the Blessed Mother was working in the world during this period. She gave everyone then and now the invitation to grace, to belief and love of Jesus and Mary. Our powerful intercessor, Mary has left no doubt as to what we need to strive for. There is no small, idyllic village in France that we can all run to. We must take grace in our lives in the here and now. As the Blessed Mother said to Catherine, “My child, the cross will be treated with contempt; they will hurl it to the ground. Blood will flow; they will open up again the side of Our Lord. The streets will stream with blood. My child, the whole world will be in sadness.” That was then – and now.

This is not the end of the story. Mrs. Cooper O’Boyle has exceptional devotion to Mary and the Miraculous Medal and in the next section of the book she recounts her own stories with the medal. She had the good fortune to meet Mother Teresa who gifted her with many Miraculous Medals and maintained a friendship and correspondence with her for ten years. She also placed a bag of medals on Mother Teresa’s bed at the Missionaries of Charity Gift of Peace House in Washington, D.C. For reasons she doesn’t remember, Cooper O’Boyle began giving Mother Teresa’s medals to those in need. As well, she placed a bag of Miraculous Medals on Blessed John Paul II’s tomb and gifted many people with them. Her stories of these medals and the people who were fortunate to receive them are heartfelt and full of grace. There were miracles of the body and heart and the gift of grace to all who received one, and certainly to Mrs. Cooper O’Boyle. She writes, “When I give them out, I have no intention to write about the experience or even to share it. But in writing this book to help inspire a devotion to the Miraculous Medal, I can’t help but desire to tell you about them.” “I do promise . . . that they are all true, and I hope they stir your heart to desire to wear a blessed Miraculous Medal.”

Once you have read the story of St. Catherine Laboré, these every day encounters of Mrs. Cooper O’Boyle will have great meaning and be a source of inspiration to further devotion to Mary and the Miraculous Medal.

Devotion to Our Lady of the Miraculous Medal – Novenas and Prayers

The final chapter of the book will bring the Miraculous Medal full circle. Beginning with the story of St. Catherine Labouré and Mrs. Cooper O’Boyle’s personal stories, the book ends with some of the most beautiful prayers and litanies of the Catholic Church. The Miraculous Medal Novena, The Memorae, The Litany of Loreto, The Litany of the Immaculate Heart of Mary and the Prayer of Cardinal John Henry Newman, to name a few.

Read the book – pass it on, with a Miraculous Medal. Devotion to the Blessed Mother will enrich and bless your life – forever.

“If you listen, God will also speak to you, for with the good Lord, you have to both speak and listen. God always speaks to you when you approach him plainly and simply” (St. Catherine Labouré).

A native of New Orleans, Mary Hartwell spent thirteen years in Catholic school taught by the Dominicans and the Sisters of the Most Holy Sacrament. She holds a B.A. degree with honors in English and Communications from the University of North Texas. She has studied Theology at The College of St. Thomas More in Ft. Worth, Texas and participated in the College’s winter term in Rome, Italy.

In her work career she has been publications director for a non-profit and has worked in promotions in television. She has done technical writing and written and produced newsletters and other collateral for business.

Mary and her husband attend St. Peter Chanel Catholic Church in Roswell, Georgia and have two sons and two granddaughters.

She believes there is no writing – only re-writing.

Connect with Mary at: 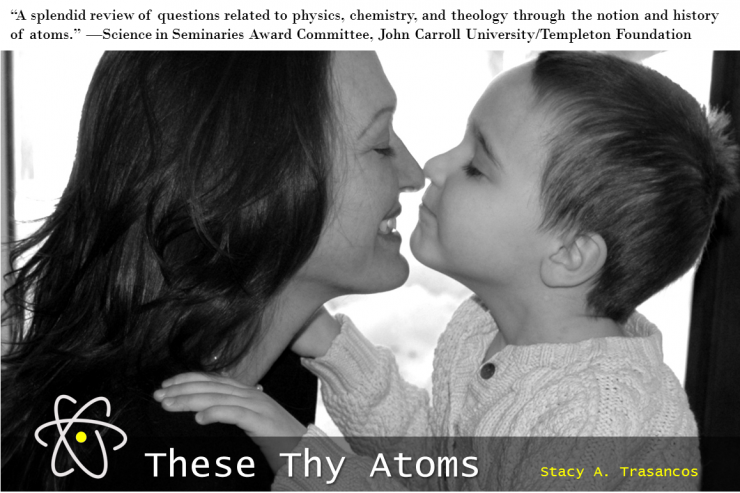 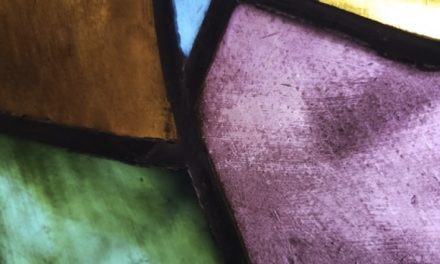