When I was a rebellious teenager in the 1980s, I would often argue with my very orthodox Catholic mother about the role of women in society.  I was not going to stay home and waste my talents on housework and child care.  Instead, I planned to make my mark in the world, emboldened by the crashing of the glass ceiling by modern-day feminists.  When my mother asked how my future children would be cared for, I casually shrugged and mentioned a nanny.  My mother sighed and prayed.

I did go on to make a small mark in the world, graduating from the Air Force Academy and becoming an instructor pilot.  Some of my students are still proudly serving our great nation today.  Yet I was restless and lonely.  I had proven that I could succeed in a male-dominated career field, but the promises of the feminist movement were empty.  I longed to experience the joy of marriage and raising a family.

Fortunately, God sent me a handsome fighter pilot and two beautiful children.  I willingly gave up my Air Force career so that I could stay home and raise my children, just as my mother did.  The thought of hiring a nanny never crossed my mind.  As I learned to practice humility and self-sacrifice as a wife and mother, I also felt a calling to use my God-given talents to help others outside my family.  Was it possible to be a “Supermom” and serve both my family and my community?  I found inspiration in St. Gianna Beretta Molla.

I first heard about this modern-day saint when my younger sister was searching for a name for her second child.  Another of my four sisters suggested that she name her daughter Gianna after this holy and altruistic woman, which she did.

As I’m always interested in learning from the example of saints in our time, I did some research.  I can tell you that today’s “Supermoms” have nothing on St. Gianna!   Not only was she a practicing doctor in 1950s Italy, she was also a devoted wife and mother, a gifted athlete, and a selfless volunteer.  She managed to “do it all” and do it well long before the feminist movement gained momentum.

Unlike the feminists, St. Gianna was not concerned with making her mark on the world.  She viewed her career as a doctor as a means of serving others, not as proof that a woman could succeed in a male-dominated profession.  Her duties as wife and mother were her greatest priority, not a tiresome responsibility to foist on a nanny.  St. Gianna viewed her passion for skiing and mountaineering as an opportunity to enjoy God’s creation, not another line in her impressive resume.  She also made the ultimate self-sacrifice, choosing to die during childbirth rather than to risk the life of her child.

In 1961, St. Gianna became pregnant with her fourth child.  When a fibroma (benign tumor) developed on her uterus two months into the pregnancy, doctors gave her the choice of abortion, a hysterectomy or surgery to remove the growth.  She chose the surgery rather than sacrifice the life of her tiny baby.  The surgery was successful, but a difficult pregnancy lay ahead.  Before delivering her baby, St. Gianna firmly instructed the doctors to save the life of her child over her own life.  A baby girl was born on April 21, 1962, but St. Gianna died a week later due to complications from an infection that developed during delivery.

In our secular world, where women want to be treated as equals and to have “rights” over their own bodies, St. Gianna’s virtuous example shows Christian women that we can be both successful and selfless.  That is the true nature of femininity, not the hollow promise of feminism.

Jesus, I promise You to submit myself to all that You permit to befall me, make me only know Your will.  My most sweet Jesus, infinitely merciful God, most tender Father of souls,
and in a particular way of the most weak, most miserable, most infirm which You carry with special tenderness between Your divine arms, I come to You to ask You, through the love and merits of Your Sacred Heart, the grace to comprehend and to do always Your holy will, the grace to confide in You, the grace to rest securely through time and eternity in Your loving divine arms.

St. Gianna was canonized by Pope John Paul II on May 15, 2004.  Her feast day is celebrated on the date of her death, April 28th.  She is the patron saint of physicians and mothers.  Her husband, Pietro Molla, died last month at the age of 97. 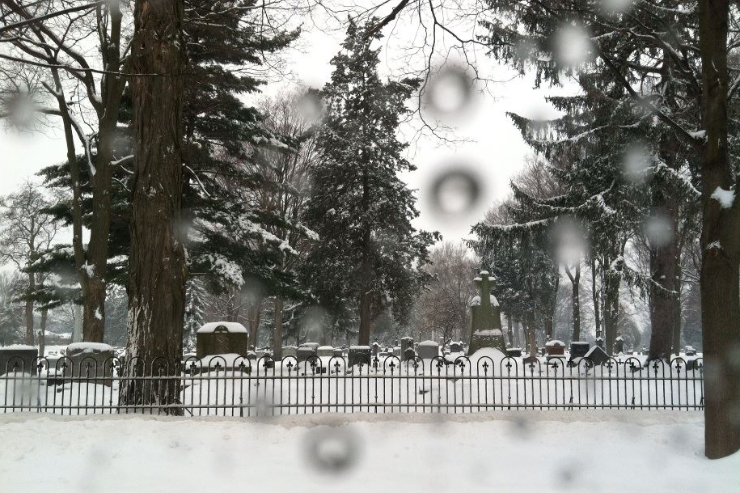 When Christmas Hurts: Coping for those who have lost a child

Every Day is Mother’s Day

On Lenten Failures and Easter Resurrections