I’m a dry-eyed gal most of the time, and I have always prided myself on that trait.

Then I started going to Mass.

I certainly didn’t mean to turn into a blubbering mess.  At the time, I was a tough know-it-all college graduate, and I was only there because this good-looking Prince Charming of mine insisted that he had to go before we could go on a date.

My ego and I often don’t fit in the same room at the same time, and I had to go to Mass to find out what all the fuss was about.

And I found tears.

It seemed that every pain I’d been storing up came out while I was sitting at Mass over the next few years.  I could ignore my hardships, until I was in a pew facing that altar.  I could be a total nightmare in my dealings with people, but I couldn’t fake it in front of Whatever-it-was at Mass.

I thought—I hoped—that everything would change when I officially became Catholic.

To this day, I’m often overcome at Mass. Sometimes it comes on me unexpectedly while I serve as a lector. Other times, it’s the response, “Lord I am not worthy to have you enter under my roof…” that gets me started. And then there are the times that I just find myself crying, no rhyme or reason to it.

Over the years, I’ve come to see the tears as healing.  Slowly, Jesus is washing away my past pains, my current challenges, my future failings.

Like water wears down the rocks and turns them into the sand of a beach, Jesus has been turning my hard heart into a soft place to rest, and I hope, someday, when I look there, He’ll be on a beach towel, waving me to come and join Him.

Yes, tears are a gift, the very best kind. But that doesn’t stop me from wanting to give them back.

Even though I know that tears are a gift, I can’t seem to believe it when I’m in the middle of crying and snotting at Mass. Even though I know they’re coming, even though it’s almost like watching the radar and predicting a big storm in two hours, I never fail to be both surprised and dismayed by their appearance.

Some people maintain there’s a strength in crying. I can tell you that, when I cry, I do not feel strong. I do not feel anything except small, humble, open. When I think of that cocktail of experience, I realize that there’s a cleansing in the crying that I will continue to need until I beat down the ego that keeps me from receiving God and His grace.

Tears are powerful…and they are uncomfortable. Even though I’m a frequent cry-er, I’m never at ease with my wet face and dripping nose.

If what’s happening at Mass—the miracle and the gift and the beauty—are so much that tears leak out of my eyes, maybe that’s not so bad.

If all you have in your purse is a selection of girls’ underpants, and the thing that staves off the tears for a few moments is the hilarity of choosing between Curious George, Winnie the Pooh, or My Little Ponies for wiping your nose, maybe you’re cooperating with a grace and maybe, just maybe, you took a baby step toward greater humility in your life.

If bowing your head and submitting to the authority on the altar, admitting that not only do you not know it all, but that it’s probably better that way, makes the snot flow right along with the tears, forcing you to use a small child’s delicately embroidered sweater as your stopper, perhaps you’ve offered a gift to God that you didn’t even know he was asking from you.

If someone’s hand touches the small of your back, or your shoulder, or even your hand, as you shake a bit from the sobs, frustrated and embarrassed because not only is your life charmed at worst and blessed at best and you look like a tragedy has struck, feel that touch as straight from heaven and know that you are offering your Mass in such a tender, gentle way that you surely must be changed by the encounter.

If you look in the eye of the person who offers you Jesus, “The Body of Christ,” and as she places Him in your hands, she gives you a gentle squeeze, think of the woman who bathed His feet with her tears and consider that your tears could be blessed by His touch, again and again.

There are plenty of ways I fight the tears. I focus on the grain of the wood in the pew in front of me, on the detail in the statues, on everything except what’s going on. I take deep breaths (a choir friend once told me that she has learned that you can either breathe or cry, not both — she’s mostly right).

But when I fight the tears and try to escape them, I feel like I’m losing something even more important than the embarrassment I feel when I’m wet-faced and snot-nosed. I find myself, once again, reminded that I can give them to Mama Mary. And, perhaps even better, I can ask her to help me accept them as part of who and what I am made for. 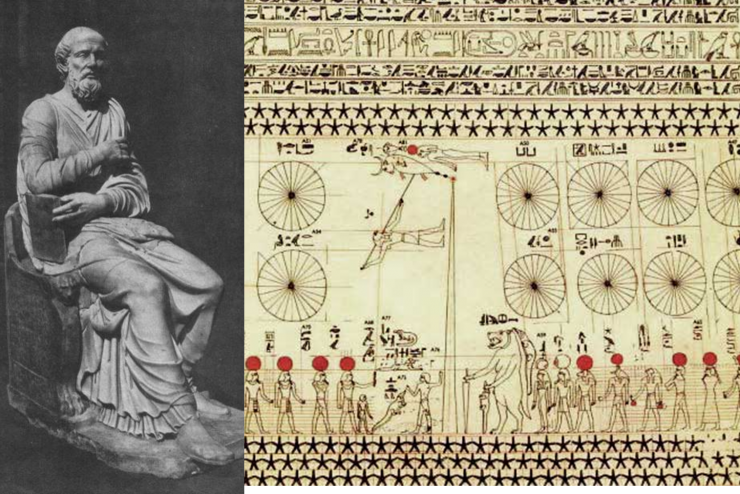 Did You Know St. Hippolytus Refuted Astrology in the Third Century? 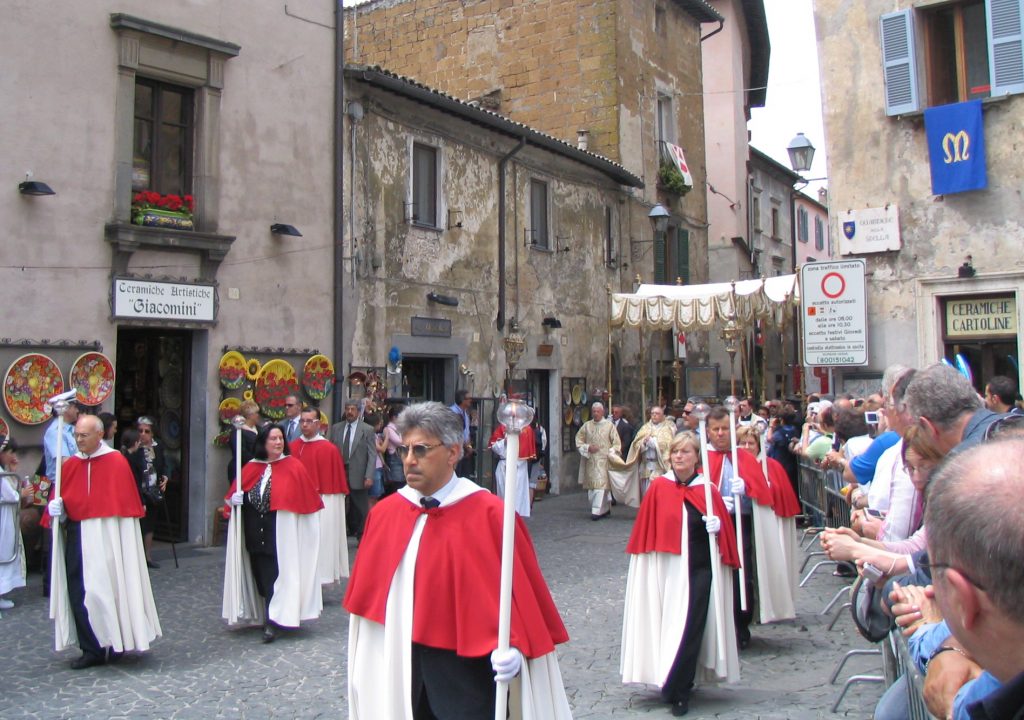