Who We Are Matters 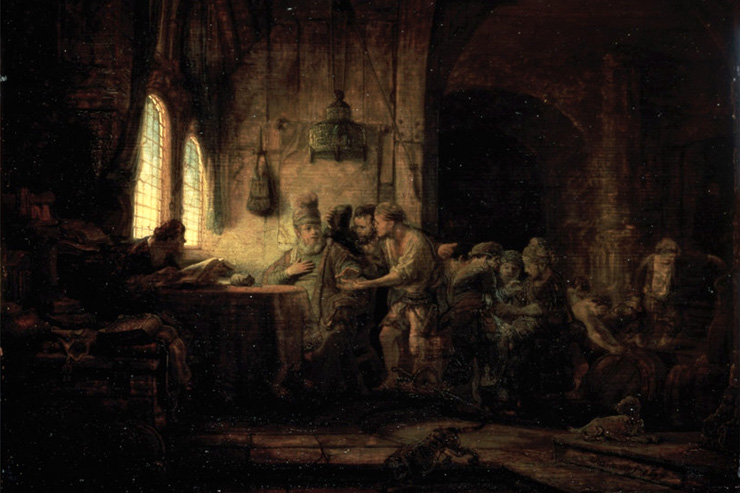 I believe that one of the great challenges of our time derives from the loss of knowledge of who we are and what we are made for. Actually, we may know these eternal truths, but we tend to suppress them in our consciousness.

In this age of consumerism, we tend to define ourselves, not by who we are and for what we are made, but rather, by what we have or don’t have.

One might worry over such questions as… “Am I popular? Do I have material wealth – a nice home, fine cars, wonderful vacations? Am I physically attractive? Did I get that promotion at work?”

Or maybe we fret over having none of these, only a consuming, disordered desire for them.

When Having is Pursued over Being

“Having things” is not inherently wrong. Many today are without work and income and it is not wrong to desire these things. But, when attachments to things of this world become more important than being who we are made to be, such attachments become disordered and sinful.

Desiring to provide shelter, clothing, food, medicine and education for our family is not wrong unless that desire and the actions that derive from that desire become more important to us than God and His Will for our lives.

The question we need to continually ask ourselves is, “This thing I am doing, this thing that I desire or this thing I have… is it bringing me closer to God and who He made me to be… or is it separating me from Him?”

Our human dignity comes from God—He made us, He sustains us in life and He desires us to be blessed and enjoy communion with Him for all eternity in Heaven. To humans and angels alone He has given a mind that is rational and a will that is free.

All the things of this modern culture that typically consume us are of no value when set in opposition to this dignity. Remember a few weeks ago (Twenty-Second Sunday in Ordinary Time – Year A) we heard Jesus ask in Matthew 16:26, “For what will it profit a man, if he gains the whole world and forfeits his life?”

Our first reading today (Twenty-fifth Sunday in Ordinary Time – Year A) is from the prophet Isaiah and it is a timely reminder. We are told to “seek the Lord while he may be found, call him while he is near.” We are reminded that the Lord says, “For my thoughts are not your thoughts, nor are your ways my ways…”

It seems that the people who lived at the time of Jesus suffered challenges similar to our own. Jesus needed to turn their world upside down—or we should say, right side up. So often when faced with such a daunting task, Jesus would use parables to teach.

Today’s Gospel (Matthew 20:1-16) presents the Parable of the Workers in the Vineyard. Our translation uses times of the day that are familiar to us: dawn, 9 a.m., Noon, 3 p.m. and 5 p.m. At each of these times, the landowner went to where the day laborers, hoping for a day’s work, would be gathered. At dawn, he selected workers to toil in his vineyard and negotiated a day’s wage with them. Then at each of these other hours, he returned to the marketplace and selected additional workers. These times would be reckoned differently by the workers of Jesus’ day; they would be the 1st hour, the 3rd hour, the 6th hour, the 9th hour and finally the 11th hour.

There are several points of interest in this story:

There are two ways one might react to this last point. The first is to see the landowner as being totally unfair to those hired early in the day—Jesus tells us that is how those hired at dawn reacted—or alternatively, we can praise the landowner for his incredible generosity. I would suggest that those who are more concerned with “having” than “being” would be more likely to agree with the first reaction… and Jesus teaches that such a reaction is wrong… “for my thoughts are not your thoughts, nor are your ways my ways…”

Now the first application of this parable, in a spiritual sense, is directed to the Jews of Jesus’ day. He knew that the Jews—the Chosen People of God—would tend to react negatively to the Kingdom being opened to the late-comers, that is, the Gentiles. “We were first,” they might say, but Jesus warned that if they were envious of the late arrivals, then the first would be last.

But this parable has application for everyone also. Here are some additional points to take to your prayer.

But no matter how we have lived, our God is generous in His mercy. If the message of Christ has made you aware of your failings—then good! Resolve to fail no more. Now there may be some who have believed that your sins are too great and too many… that it is too late to turn to Him and ask for His mercy… know that you are mistaken and need not be afraid. Even if it is the 11th hour, humbly turn to Him with a contrite heart, accept His mercy and be merciful to others… for, “The Lord is near to all who call upon him, to all who call upon him in truth.”