Pope Francis takes positions that annoy both standard-issue liberals and standard-issue conservatives. This is because his overarching opponent is the philosophy of modernity, which in fact has produced both the “conservatism” and the “liberalism” that we know today.

In preparation for my participation in a USCCB sponsored symposium for the fifth anniversary of Pope Francis’ encyclical letter Laudato Si, I reread the famous and controversial document with some care. Many of the themes that struck me five years ago stood out again, but on this reading I was particularly impressed by the pope’s sharply critical assessment of modernity. I think it’s fair to say that the Church has had a complex relationship with the modern, coming out strongly against it at the First Vatican Council and in a plethora of statements throughout much of the twentieth century, but affirming many elements of it very enthusiastically at the Second Vatican Council. One has only to consider here Vatican II’s document on religious liberty, Dignitatis Humanae, or of its magisterial document on the Church in the modern world, Gaudium et Spes, to see the Council’s favorable assessment of many key features of modernity. And certainly in the years that I was coming of age in the immediate wake of Vatican II, a positive attitude toward “the world” or the “modern world” was pretty much expected of all right-thinking Catholics.

This article was published on the Word On Fire website on May 19, 2020 and appears here with the kind permission of the author. Check out Bishop Barron’s newest film series, The Sacraments.

Modernity is a multifaceted phenomenon, marked by qualities both good and bad, and hence the Church’s ambivalence toward it is understandable. To take just two of its principal accomplishments into consideration, I don’t know any serious person who wants to reverse the advances that modern thinkers made possible in the physical sciences or in the development of democratic political institutions. On the other hand, as an army of postmodern philosophers and cultural analysts have pointed out, modernity carries with it a shadow—that is to say, emphases and assumptions that are, to say the least, questionable. Though he clearly celebrates the achievements of Vatican II and though he applauds much in the modern project, Pope Francis is also skeptical of modernity, and nowhere is this skepticism on clearer display than in Laudato Si.

Front and center in his analysis of our present situation is a trenchant critique of what the pope calls a “technocratic paradigm” (para. 101). By this he means a worldview that privileges technology and what it makes possible over practically any other consideration—over the good of the human family, the needs of the poor, the cause of peace, etc. The effects of this mindset are ubiquitous, but they are especially evident in the rape of the environment and the turning of God’s beautiful creation into “an immense pile of filth,” in the pope’s vivid expression (para. 21).

But this paradigm, he reminds us, is made possible by a more fundamental shift in attitude—what Francis terms “modern anthropocentrism” (para. 115). This is the tendency, on display in practically all of the great philosophers from the seventeenth to the nineteenth centuries, to place human subjectivity at the center of things, both epistemologically and metaphysically. The consequence of this Copernican revolution is the emergence, the pope argues, of a “Promethean vision of mastery over the world” (para. 116). It is instructive in this context to consider the difference between Aristotle’s and Descartes’ understanding of the purpose of science. For the ancient Greek thinker, philosophy commences in wonder and ends in contemplation of the intelligibilities on display in the world; whereas for the modern French thinker, philosophy begins and ends in a passion to “master nature.” No one, including Pope Francis, would want to go back on the real attainments that followed from the Cartesian paradigm shift, but the pope does indeed worry that the turn to subjectivity, at least in its extreme forms, has produced something wicked and dangerous. If nature simply lies before the dominant human subject as a thing to be manipulated, then the integrity of creation is compromised and the objectivity of values that are embedded in nature are disregarded.

Practically every commentator on Laudato Si five years ago remarked that this was the pope’s “global warming” encyclical, and indeed that issue is amply discussed in the pages of the text. But what almost every pundit missed was Francis’ extraordinarily rich development of the point just made regarding the objectivity of moral values. The same technocratic and anthropocentric prejudice, he says, that gives rise to environmental disaster gives rise as well to population control through artificial contraception and abortion: “Instead of resolving the problems of the poor and thinking of how the world can be different, some can only propose a reduction in the birth rate. At times, developing countries face forms of international pressure which make economic assistance contingent on certain policies of ‘reproductive health’” (para. 50). Moreover, the setting aside of intrinsic moral values and the concomitant placing of the individual and his needs at the center conduce toward what the pope calls practical relativism: “Hence we should not be surprised to find, in conjunction with the omnipresent technocratic paradigm and the cult of unlimited human power, the rise of a relativism that sees everything as irrelevant unless it serves one’s own immediate interests” (para. 122). And finally, the domination of the ego over nature also finds expression, says Pope Francis, in a gender ideology that would give to the individual the right to define him or herself even at the physical level. Moreover, there is a clear link between this extravagant claim to freedom and the abuse of the physical environment: “Thinking that we enjoy absolute power over our own bodies turns, often subtly, into thinking that we enjoy absolute power over creation” (para. 155).

What this brief survey demonstrates is that the “Fox News vs. CNN” hermeneutic just won’t work if we are reading Laudato Si in full. Pope Francis takes positions that annoy both standard-issue liberals and standard-issue conservatives. This is because his overarching opponent is the philosophy of modernity, which in fact has produced both the “conservatism” and the “liberalism” that we know today. His appeal to a worldview that antedates the modern is what makes this encyclical particularly intriguing. 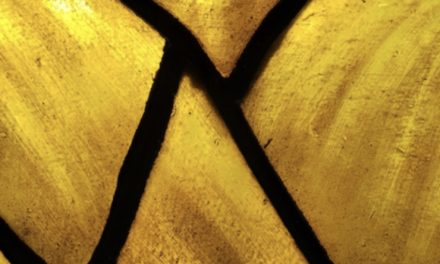