Scruples and Moderation: Understanding the Advice of St. Ignatius of Loyola Near the end of St. Ignatius of Loyola’s Spiritual Exercises is a curious section titled, “Some Notes Concerning Scruples.” Scrupulosity is one of those pesky spiritual problems that we don’t always recognize but can give us a lot a grief if left unchecked. Believe me, I know!

“A conscience is scrupulous when, for a frivolous reason and without rational basis, there is a frequent fear of sin even though in reality there is no sin at all. A scruple is a defective understanding of something” (Moral Theology, Alphonsus de Liguori: Selected Writings, ed. Frederick M. Jones, C. Ss. R., pg. 322).

When you obsess over whether or not something was done “right,” you may be scrupulous.

When a cloud of anxiety and doubt hovers over the minutiae your faith and moral life, you may be scrupulous.

When you fear obsessive thoughts and feelings and use prayer and the Sacraments compulsively in order to get rid of them, you may be scrupulous.

St. Ignatius’ advice for dealing with scruples might surprise the person experiencing them. In a world of excess, greed, and violence, where sin is broadcast publicly and without shame, one might think we Christians need to practice more prayer and penance in order to be effective witnesses of God’s saving grace. I couldn’t agree more.

Moderation as the Key to Sanctity

St. Ignatius of Loyola points out that in their spiritual and moral lives, people tend toward being lax in their faith or being scrupulous, that we have a natural inclination in one way or the other.

The devil’s tactic, then, is to tempt the person further into laxity or scrupulosity, according to their inclination. The lax person becomes more lax, allowing themselves too much lassitude, whereas the scrupulous person becomes more and more enslaved to his doubts and perfectionism. Therefore, the pastoral response to each of these scenarios needs to be different. The lax person needs to practice discipline in order to remember to trust God more. The scrupulous person needs to practice moderation in order to let go and trust God more. St. Ignatius says:

“A soul that wishes to make progress in the spiritual life must always act in a manner contrary to that of the enemy. If the enemy seeks to make the conscience lax, one must endeavor to make it more sensitive. If the enemy strives to make the conscience delicate with a view to leading it to excess, the soul must endeavor to establish itself firmly in a moderate course so that in all things it may preserve itself in peace.” (No. 350)

Scrupulous people hold themselves to such high standards and often think that they need more discipline, more rules, more time for prayer, more Confession, in order to find the peace that God promises. This is not only the wrong approach, St. Ignatius says, but a dangerous trap laid by the devil to keep the soul enslaved. Practicing moderation in religious practice and leniency in making decisions—not sweating the small stuff—is the road to sanctity for the scrupulous person:

“If a devout soul wishes to do something that is not contrary to the spirit of the Church or the mind of superiors and that may be for the glory of God our Lord, there may come a thought or temptation from without not to say or do it. Apparent reasons may be adduced for this, such as that it is motivated by vainglory or some other imperfect intention, etc. In such cases one should raise his mind to his Creator and Lord, and if he sees that what he is about to do is in keeping with God’s service, or at least not opposed to it, he should act directly against the temptation.” (No. 351)

Spiritual writer Trent Beattie sums up St. Ignatius’ advice: “When in doubt, it doesn’t count!” or in dubiis, libertas (“where there is doubt, there is freedom”). In other words, we scrupulous people have permission to do the normal things that other people do so long as it’s not explicitly condemned by Church teaching, as expressed by the Church herself.

(I will note that even saints had opposing opinions on certain contentious topics—modest dress, for example. Don’t get bogged down in debates—if you’re unsure, ask your spiritual director or go to the Catechism. Remember: when in doubt, it doesn’t count!)

In fact, not only do we have permission, but we scrupulous people are encouraged to do the very thing that is causing our scruples! Again, so long as it’s not explicitly condemned.  Not only is this practice the recommendation of St. Ignatius and other saints, but it is also consistent with the practices of modern behavioral therapy for treating persons with OCD.

Practicing moderation is hard because it feels like being lukewarm. If there’s one thing deeply repugnant and frightening to the scrupulous person, it’s being lukewarm in the practice of faith. It may even cause him or her to doubt the orthodoxy of even trusted spiritual director and professional counselors.

The scrupulous person must resist these feelings and fears, St. Ignatius says. He must be humble and submit to others’ guidance to let up on himself. He must see his scruples as temptations.

The lax person may not understand this, but this is a cross for the scrupulous person. No matter how miserable we might be, it feels more comfortable us to remain stuck in our perfectionism than it is accept our limits and entrust our imperfections to God’s mercy. Practicing moderation means letting go of whatever deep-seated fears we have in order to trust in God’s abundant mercy. When Jesus tells the scrupulous person to, “Deny yourself, take up your cross, and follow me,” this is what he means.

How to Understand Moderation as a Virtue

One thing that might help the scrupulous person understand that practicing moderation leads to growth in virtue—real virtue—is to reimagine the relationship between scrupulosity, laxity, and the virtues of faith and right judgment.

St. Thomas Aquinas, following Aristotle, teaches that virtue is the “mean” between the extremes of two opposite vices. Unfortunately, when many scrupulous people hear means and extremes or moderation, they think this:

The scrupulous person’s instinct is to act as though being more religious is better (whether or not he can see his compulsions as unhealthy). Following the Book of Revelation, he associate “hot” with being more religious versus “cold” with being less religious. Therefore, his idea of the “mean” gets tied up with his idea of “lukewarm.” For him, moderation isn’t virtue, but presumption, turning a blind eye to his own sin.

Now, it’s entirely possible to become lukewarm in the practice of our faith. But it’s important to realize that being “hot” isn’t the same as being scrupulous. “Hot” is being drawn in close to the all-consuming fire of God’s love. “Hot” is giving ourselves over entirely to God, living for Him and in Him. To make this clearer, let’s draw a different diagram: Here we see virtue as dynamic: as the scrupulous person learns to trust God and releasing his grip on his perfectionistic tendencies, he moves away from scrupulosity, closer and closer to God. On the opposite end, as the lax person grows in discipline and zeal, he likewise grows closer and closer to God. The “mean” isn’t a muddied middle, a mix of two vices, but an exponential upreaching toward union with God, who (first and foremost) is drawing us toward himself.

What’s wonderful about growing in virtue through the practice of moderation is that, at some point and with the guidance of a spiritual director, we can offer God increased sacrifice of prayer, fasting, and works of mercy in a spirit of freedom rather than a spirit of obligatory fear. We do not abandon penance all together; rather, these acts become rightly ordered the more we learn to accept and live God’s mercy.

But, first, moderation. Gentleness is one of the fruits of the Holy Spirit. When we scrupulous people practice gentleness toward ourselves by acting in moderation, we are acting as God would wish. He wants us to know his gentle kindness and the power of his love.

St. Ignatius, pray for us! 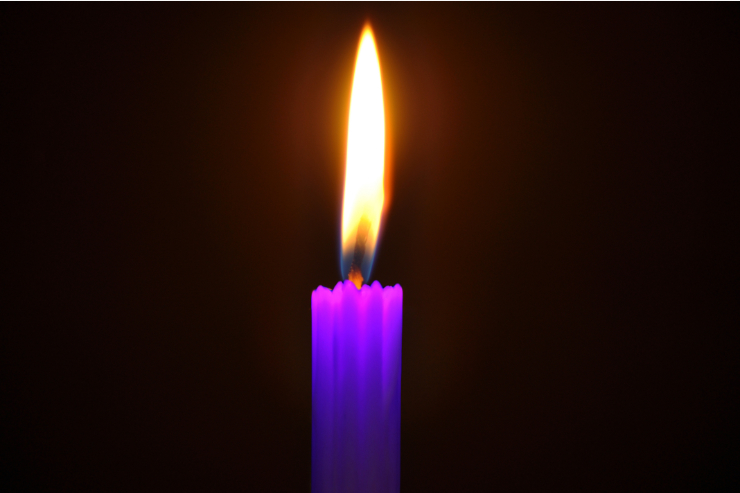 Mary and the Early Church