Throughout the two thousand year history of Christianity, many arguments have come about surrounding the content of the Christian faith. A number of these are of doctrinal issue and others still on the entirety of the faith as a whole stemming from an outright rejection of the Christian God.  We see this total repudiation of the Faith increasingly brought up in many discussions today, but could those who take this stance be mistaken due to their incorrect approach to finding God?

I have seen those of the atheistic mind give numerous reasons for taking this step of rejecting the faith. In my teen years, I found these reasons more valid than those given by theists. One of the main themes of the atheistic argument is the lack of scientific evidence for God. Many atheists stake that because we cannot materially study God, or any part of Him, it is not possible for Him to exist.

We see through this conclusion, therefore, that science has become the highest arbiter of our human reality for modern society. And through this lens, all things immaterial, things that cannot be known or explained by science, like the soul, angels, or God, are thrown out to the roadside as mankind marches on in our progress toward deeper pseudo-enlightenment and technological utopia.

We must admit to ourselves that this understanding of Science is more and more taking over the role that God and Faith once had in society. Throughout the human era, mankind has made great strides in understanding the world, inventing amazing technologies to produce, develop, and transport ourselves, all while keeping in mind that all of this was under the watchful eye of God. However, it seems that these accomplishments have gone to our heads and we now worship the tools that we used to accomplish these things instead of the One who gave us the tools. Mankind now worships science and has given it the throne that belongs to God.

In this way it is easy to understand why more and more souls are losing their Faith in God. We can see the sun sending its rays upon the Earth and study the effects this light has upon the growth of plants, but we cannot see and study the invisible One who set the Sun and Earth in space, establishing the processes of growth caused by the relationship between them,  the One Who sustains it all by merely thinking about it. In a way, we have reverted back to the pre-monotheistic days when the pagans worshipped nature instead of the One Who made nature.

However, it is not the forcefulness of the truth that sends the mind away, but the prideful desire for something other than this truth that causes the mind to leave it. Furthermore, it is a lack of faith in the spiritual world that causes one to only know the material world. It is this misunderstanding of reality that causes this misuse of Science. However, it is even within this broken understanding of science that we can prove God’s existence, but it must be understood that God is not real because the science affirms Him, the science affirms Him because He is real.

Truly we could make this case for everything that exists. It exists not because science says so, but science affirms it to be true because it exists. For instance. I am sure that not many people would have believed in the existence of the flying squirrel before it was first discovered. However, once discovered we would say that it exists not because science created it, but that it had always existed and science has affirmed its existence.

Now, God has been discovered by many. Although, others have searched for God and come up short. They point to the sky and say, “I see no God there!” and then to the evils of the world and say, “No true God could allow that!” as if they have fully grasped all of reality with the highest wisdom and understanding to know what are the correct actions and behavior for an Omniscient, Omnipresent, and Omnipotent Being. And of these observations, we ask, “what is missing from the eyes of those who cannot see God?”

Something similar happens if two friends are talking on the street about the moons of Jupiter. All day long the one friend can tell the other about the 53 moons that orbit the largest planet, but the friend would not be able to prove it without the proper tools, such as a telescope or satellite images. Additionally, if using a telescope, the two friends would need to be in a good location with the right conditions to properly see the moons. Though, if the friend disbelieved the one proclaiming the truth about the moons and refused to use the correct tools to discover the truth, it would be an erroneous conclusion for the friend to say that the moons are not there.

Furthermore, we see many theories brought up in the scientific world that would be most difficult to prove without  the proper materials and procedures that bring about the desired effect. So too do we see the Christian Faith in need of proper materials and procedures in order for the Truth and Light to be discovered. I personally see that by following in the footsteps of thousands of Saints before us, those who had very real and personal relationships with God, and imitating their procedures and using their materials, we can all prove that God exists.

If this is the case, that there are certain procedures and materials needed for us to discover the Eternal Living God, then it would be good to know them. While God is Who He Is and can make Himself known by any way and at any time He likes, if we are truly about the work of seeking Him, very simply, we must have these in order to do so.

First, We must have humility. Only with humility can we arrive at the knowledge of the One True God. Not because we think less of ourselves, but because we think of ourselves less, as C.S. Lewis would put it. Without humility, we run into the danger of thinking we make reality what it is. This would then cause difficulties for us to accept God for who He is if He does not fit into the restricted definition that we might force upon Him. We should truly set God free to be who He is on His own and recognize as St. Catherine of Sienna did that He is who is and we are not.

Secondly, we must make an effort to converse with God through prayer. In a way this allows us to show God we are seeking Him. Furthermore, through prayer, we reach out to God spiritually and in the way that is best to discover anyone, by speaking to them. And Jesus promises, “Seek and you will find”. Finally, if you do not know how to pray, follow the advice of St. Josemaria Escriva who says, “Put yourself in the presence of God, and once you have said, ‘Lord, I don’t know how to pray!’ rest assured that you have begun to do so.”

Another tool that is necessary is patience. In today’s world of instant gratification, this one might prove to be difficult, however, it is most important as God is not merely a genie that grants our wishes. He is a living Being that freely chooses when and how He will act. Moreover, He knows our inner most self and is cognizant of everything that is best for us. He would never act too soon or too late. He would never give us too much or too little. Maybe this tool could also be called trust, but if we are seeking proof for God, we need to patiently understand that He will not just simply appear at our beck and call. At least not all of the time.

These are but a few qualities that are needed for one to discover God. He is known to work around them, but I am sure one who utilizes these in their search would not be disappointed. God is real and wants us to know Him. Therefore, He will help us to gain these tools so that we can be successful in this endeavor. However, if we do not seek Him with these, it most likely means that we are mistreating God or have impure intentions, and we should not be surprised if we find only ourselves and bitterness. 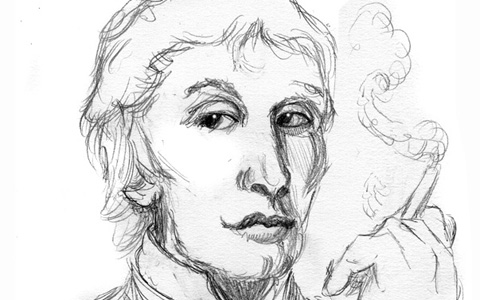 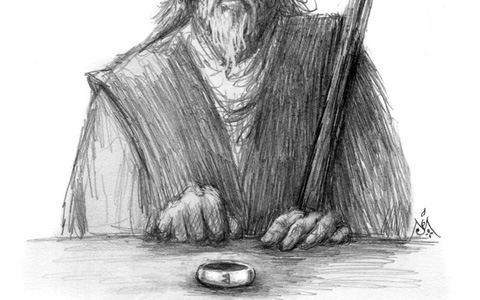