When are We Who We Are Meant to Be

When I was seventeen-years-old, I wanted to be the next Jim Morrison. I was actively seeking to feed only my sensual delights through a hedonistic framework built in order to cope with insecurity and make my social experiences more comfortable for myself. To make matters worse, I was increasingly affirmed in my impression that I was truly myself (and at my best) when I was drunk or on drugs.

While under the influence, I could have a constant excuse to fall back on whenever the way I behaved was rejected by others. Furthermore, in this state I could relax in the comfort and freedom of never having to experience a bad feeling, at least, when I was in this state. It was the ultimate escape from my fears of rejection, disapproval, and failure. If I was under the influence, I felt invincible to all of these. It also enabled me to hide my depression from myself.

It would be accurate to say that I really liked to feel as good as I did as well. I liked it so much that I wanted it to be a part of my identity. I was the one who always felt good. A side effect of smoking marijuana is apathy, and I was full of it. However, I was further able to care less about anything else, specifically my fears, because I would feel good regardless of what happened.

Essentially, I was committing the Original Sin all over again. Adam and Eve wanted to be like God without God. I too wanted the lasting peace and comfort that one can have through reasonable trust in God, but I did not want to trust in God. Instead I wanted to bring the power from myself and my own choice to use drugs and abuse alcohol. Furthermore, instead of wrapping who I was up in God’s undying love for me, I thought that I was truly who I was meant to be only when I was under the influence. But is this theory which states that I am most myself when I am most comfortable really the correct notion of the purpose and fulfillment of the human person?

When are we who we are meant to be? Is this merely our choice and able to be set at our whim? Or is our true self meant to be discovered by us through our full initiation into behaving as a human being ought, with virtue, morality, and the ongoing cultivation of one’s qualities and abilities. When I was seventeen, I insisted that it was the former. However, while I felt great a lot of the time, I was also miserable.

I eventually came back to the Catholic Faith through a miraculous process intertwined with beautiful experiences of God’s love and growth in insight into the mysteries of this Faith, but I believe the transformation began through my deep dissatisfaction with the life I was leading. Following in the footsteps of St. Augustine, my heart was restless and I was sick of it.

While I did not fully recognize the full magnitude of it at the time, I began to change in the way I lived. I stopped living like an animal driven only by my appetites and instincts, but began to guide myself with human reason and self-control. In this new way of life, while I still could experience physical and emotional pain, the pain became easier to bear. In addition, I was happier.

Now, part of this happiness most likely came from no longer waking up with deep regret of the previous day’s decisions. However, living a principled life further brought with it a joy that was absent in my previous life. A certain joy that the Ancient Greeks had found through mere virtue (see the Nicomachean Ethics of Aristotle), but in another way it was more.

It was the joy of a new relationship. A friendship with God that was far superior than any other friendship I ever had.  As the relationship grew and was strengthened and many fond memories with God were made for me to look back upon, I received much more joy than any other relationship I have had before. Something only God can give to us, something so powerful, I wanted only to give Him my yes, my very life, in return.

Through my yes, He was able to give me so much more. In a way my life became an image of the Eucharist. Ordinary and simple bread totally altered to become something Extraordinary. Before, I was a cynic of life, depressed because it seemed that I was lied to about being able to live happily ever after. Through finding my joy and peace in Jesus it was like finding out that every fairy tale was real and coming true.

We are who we are meant to be when we realize this striking truth and strive to live it out. The truth is that we are more than what biology says, we are more than a clump of cells on a developmental line of evolution, we are more than physical bodies, we are human beings, body and soul, made in the image of God with intellectual reason and free will. We have a spiritual existence with laws just as real as our physical existence with its laws and we are able to excel in both of these. Moreover, we are able to raise our intellects over our instincts and passions to live according to these Spiritual laws of morality and choose that Law of God over our own base desires.

Furthermore, our souls have the capacity to receive the grace of the Triune God healing our wounded human nature, lifting us higher than the angels to an intense life-giving communion that is meant to last forever. Gifted with this grace, we are given life and the help we need to conform with the laws set by God that do not merely subjugate us, but allow us to live in the mode for which we are created. In other words, we are gifted with the very love of God that we are able to participate in by returning His love and sharing it with one another.

Living a life of this grace, seeking to love one another and to love God, and viewing the spiritual dimension in profound unity with the physical is to live in reality. This is reality as it is received from God and not a pseudo-reality created by man. And so by living according to this reality, we find our purpose and receive the fulfillment that is due to all entities that accomplish that for which they were created.

When I was seventeen, I thought I was fulfilling my nature by strictly obeying my desire for sensual comfort. However, my understanding of what I was and therefore how I was suppose to live in regard to my human nature was deeply disordered. Since my metanoia, my turning away from sin toward God, I have been able to experience the amazing grace and high satisfaction that comes with living a life of virtue (at least striving for it), prayer, and authentic love. And because of this I see everything more clearly, I am no longer depressed or suffer from self-loathing, and each day is filled with joy.

The Divine Roots of Human Learning 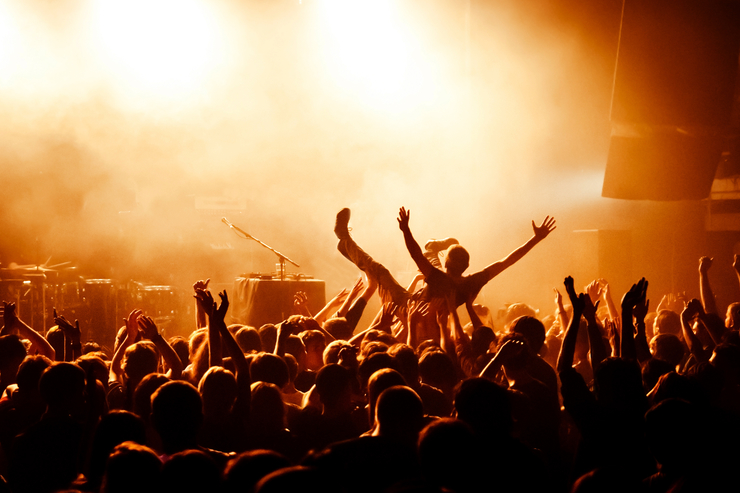