Do we have to go to church?” my five year old, Camille, whined as we readied for the Good Friday Stations of the Cross. “It’s boring and stupid,” she said, tears dripping down her cheeks and punctuating her overly dramatic sentiments.

“I want to go to the Stations. Today is the day Jesus died. I want to comfort Him,” I responded.

“I don’t,” she whined again and stomped off.

Camille had entertained visions of outdoor playtime with her best friend who lives next door, another five-year old named Emmy. Emmy is the proud owner of a motorized Barbie hot wheel and an afternoon darting around in a pink hotrod sounded much more appealing to Camille than our austere parish and the long wait in line for Confession.

A few kids ago, Camille’s anti-Stations of the Cross-attitude would have worried me. Did she really think church was “stupid and boring”? Would she ever know the value of her faith? Would she always see the religious ceremonies we bring her to as pointless?

You know what else would have stressed me out?

The tense atmosphere in our home as we readied all six of our reluctant kids for the most important Liturgical celebrations of the church: the Holy Triduum and Easter Sunday.

It would have stressed me out that even on Good Friday, on a day when they are invited to align their small sufferings with Our Lord’s, half my still kids complained about the runny scrambled eggs.

It would have stressed me out that we couldn’t find the preschooler’s dress shoes and that the overtired seven-year old refused to get dressed in appropriate church attire, claiming it was semi-abusive for his parents to insist on his presence at the Stations.

It would have stressed me out that some of my kids were more excited about a basketful of Easter sweets and colored eggs than the fact the Savior of the world walked out of a tomb, fully alive.

It would have stressed me out that all my careful efforts to help my children remember the solemnness off the occasion were met with disinterested stares and fights in the backseat.

A few years ago, I would have fretted and worried and twisted my hands with concern: Did all families struggle like this when trying to honor God? Were we just a wad of dysfunction using religion to drape our unavoidable failure?

It struck me recently if I ever wanted to feel better about my own imperfect family, I need only review the slew of imperfect people Jesus called as His ambassadors and friends. If ever I should feel frustrated with the kid who won’t put his Easter Sunday suit on because it’s “itchy”, I need only to reflect on the Jesus’ Last Supper and the events at the Garden of Gethsemane and immediately feel consoled about my imperfect family “issues”.

Jesus did not have it easy.

Consider the scene: All the apostles and Jesus were sequestered away in a cozy room where they were going to dine together for the evening. Jesus knew this was it for Him, his last meal with those he loved most and He wanted it to be memorable. But Jesus also knows one of His very own would betray him and that person was sitting right there at his table!

Jesus took the time to organize this extravagant, elaborate commemoration with someone who would stab Him in the back. Not only does he have to eat with Judas, who would betray Jesus with a kiss, but in the middle of the meal, an argument broke out about who was the greatest. During the most special dinner to have ever occurred in the history of the planet, Jesus had to spend time reviewing again—the lesson of the “first shall be last and the last shall be first.”

The behavior of the Apostles at the Last Supper, I’m sure, made Jesus’ efforts to save the world at least a tad more difficult! There He was trying to institute the Eucharist and all the Apostles could do was bicker with each other. But that’s not all…

Then, Jesus adjourns to the Garden of Gethsemane where he invites his apostles to pray with him. This was an impossible request for the apostles, however because their swollen bellies prevented them from staying awake. Three times Jesus asks Peter, James and John, in particular, to keep vigil with him and three different times they fall asleep and abandon Jesus in His time of need.

Late into the night, Jesus prays—alone, without backup from his closest people—when Judas finally shows up with a crowd of guards. Judas identifies Jesus with a kiss, the guards arrest Jesus, and Peter, now up and ready to rumble, whips out a sword and cuts off one of the guard’s ears in defense of our Lord. A moment before Peter couldn’t keep his eyes open and now he’s pulled a weapon and is using it.

Do you have a family member who almost always responds poorly to difficult family situations? Who always says the wrong thing or makes the wrong gesture and whose very presence typically causes all kinds of commotion? Are you that person in your family? In the Garden of Gethsemane, that guy was Peter, the dude in your family who means well but who really makes everything ten times worse in an already trying moment.

And Peter’s bad behavior doesn’t stop there, either.

He wanders off into the night only to deny Jesus, the man he claims is the Savior of the world and his best friend, three times. Peter was messy and rash and behaves as if he wants to make Jesus’ job more difficult. Jesus, however, didn’t berate Peter or yell at him or give him a guilt trip; He didn’t lecture Peter about the fact Peter should know better. Instead, Jesus accepted Peter’s imperfections and the imperfections (and even betrayals) of the people around him. Then, Jesus went and saved the world from sin.

If Jesus didn’t expect perfection from His people and if he accepted them for who they were, warts and all, perhaps I should dial down my own expectations for my family. Jesus chose to hang out with the likes of Peter and Judas on the evening before He saved the world from sin. He invited them to be part of his salvific plan, so why do I worry so much about my own family’s iidioscyrnccies? Jesus handpicked a handful of very imperfect people who messed up a lot, just like I do and just like my family does.

This past Holy Week I was reminded that my family is not blobs of dysfunction just because we lack perfect charity as we try to get out the door for Mass. We are not whitewashed tombs incapable of loving and honoring God just because several kids spent twenty minutes pinching each other in the back of Church. While we would do well to pray for the grace to love each other better, I must reject the lie that my family is a huge mess, doomed for failure. On the contrary, my family members are just like Jesus’ Apostles: imperfect in our love and in great need of our Savior, Jesus Christ. 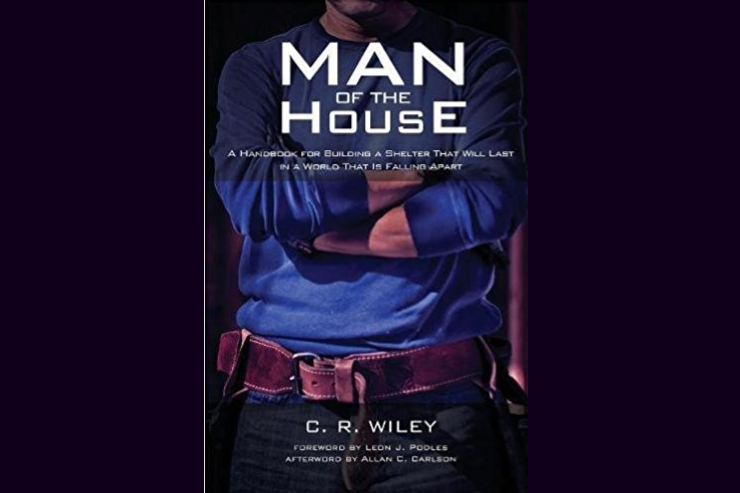 Keeping Teens Involved in the Practice of the Faith