I had seen the various mothers in my life cry many times, but it wasn’t until I went to make funeral arrangements with my mother-in-law that I glimpsed a portion of the tears Mary must have shed during her lifetime, especially during Our Lord’s passion and death.

My mother-in-law was making arrangements for the third time, for the third grandson.  She had been through this two other times.  She was calm, and though there were tears, it was the funeral director who received comfort from her, as she assured him that it was better, that somehow this was a blessing, that we would all understand it more once time had passed.

The funeral director was moved to tears for my mother-in-law and her family, and I often see tears in my husband’s eyes when the three babies, all boys, come up in conversation.  There was no rhyme or reason for the three babies’ deaths—one died of a disorder that randomly occurs (Trisomy 18), the other two brothers died of a rare genetic disease.

I didn’t understand at the time how my mother-in-law could say, with such assurance, that the situation was for the best.  To me, a small white casket was the worst possible fate for a child.  To me, a second funeral service was the most horrifying imaginable fortune for a parent.  To me, a third round with a funeral director was doom.  What good could come of such agony?

Since then, I have experienced grace in agony, joy in pain, hope in death.  I look back to my experience in that funeral home and during the ongoing grieving and growing times following, and I can’t help but wonder at the seeds planted in my heart and watered with tears.

Our Lady of Tears presents us with an image of the Blessed Mother, and an opportunity to transform our own tears into prayer.  It all started on November 8, 1929, in Campinas, Brazil.

Sister Amalia, of the Institute of the Missionaries of the Scourged Jesus, felt pangs of sorrow for a mother in her life.  She had just met with a male relative who was in great distress.  His wife, seriously ill, had been diagnosed by several doctors as incurable.

Sister Amalia, pained at her relative’s grief and the thought of the sorrow facing him and his children, turned immediately to Jesus.  She felt called to go to the chapel, and, kneeling down in front of the altar with her arms held out toward the tabernacle, she spoke, offering her own life in exchange for the life of the mother.

Jesus heard Sister Amalia’s heartfelt pleas, and He answered them: “If you want to receive these favors, ask me for the sake of My Mother’s tears.”  Jesus continued by explaining specific prayers Sister Amalia was to use.

Sister Amalia’s prayers for her relative were answered.  I feel fairly confident assuming this, given what happened next.

Four months later, on March 8, Sister Amalia was back in the chapel praying.  She felt herself lifted up as a beautiful woman approached her.  She described the woman wearing a violet robe and a blue mantle, with a white veil over her shoulders.  This woman approached Sister Amalia, holding a “corona” (i.e. circle, meaning a rosary) with shining white beads.  She told Sister Amalia that this was “the rosary of my tears.”

It was a rosary of forty-nine small white pearls, divided by seven large white pearls into seven groups of seven each.  Mary instructed Sister Amalia to pray on each of the large beads:

“O Jesus, look upon the tears of the one who loved You most on earth, and who loves You most ardently in heaven.”

On the smaller beads, while meditating on one of the seven sorrows of Mary, she gave this prayer:

“O Jesus, listen to our prayers, for the sake of the tears of Your most holy Mother.”

The sorrows used for meditation are also known as the seven sorrows of Mary:

Each of these sorrows must have moved Mary to tears in some way.  Simeon predicted that a sword would pierce her heart—pain of the worst kind, I imagine, watching your child die.

Fleeing to Egypt, away from the comfort and stability of home, she was secure in her trust in God, but surely had to be scared.

And then, three days without Jesus—what could have happened to Him?  Where could he be?  What did His reply, “about my Father’s work,” mean, exactly?

Then we see the two of them, mother and Son, face-to-face as He shouldered the Cross.  She must have known where this would lead, and though she must also have had some knowledge, if only deep in her heart, of the salvation ahead, it must still have been painful, agonizing, harrowing.

Still, she continued to the foot of the Cross, where her Son died during the Crucifixion.  But before she could hold Him one last time, He was struck with a lance, His body marred even more.

The sorrows conclude with Mary seeing her Son placed in the tomb.  How many memories must have visited her of Him in her warm arms, of Him playing, of Him growing?  How many tears must have flowed while she saw His earthly body for the last time?  How much hope did she retain?

A mother’s tears are powerful.  We can look to Saint Monica, whose tears and prayers won her the attention of God and the conversion of one of the greatest of the Church Fathers, Saint Augustine of Hippo.

Tears don’t come just from the hormonal experiences of motherhood.  Before I was a mother, I was at Mass, serving as a lector, when I found myself quite suddenly choked up and unable to continue.  That wasn’t the last time I would have the experience of being moved beyond words, into tears, by the Word of God, and I can only imagine how Mary, knowing the Word of God—Jesus—so intimately, must have been moved to tears as well.

Those tears members of our family have in our eyes when we talk about the three boys, though reminiscent of pain, cleanse us.  They free us from the bounds of this earth and remind us when we will finally have a chance to hold them, cuddle them, know them.

Death inspires crying, sobbing, heartache.  But so does much of life.  There is suffering and pain, injustice and poverty, frustration and challenge.  Our relief can come from the hope and the cleansing of our baptismal waters and from the knowledge that we do not walk alone through this valley of tears.

Our Lady of Tears reminds us that, though Mary was without sin, she was not without feeling.  She points us to the rainbow of hope that follows the flood of our tears.  She is the window to her Son, just as the eyes that cry are the windows to the soul. 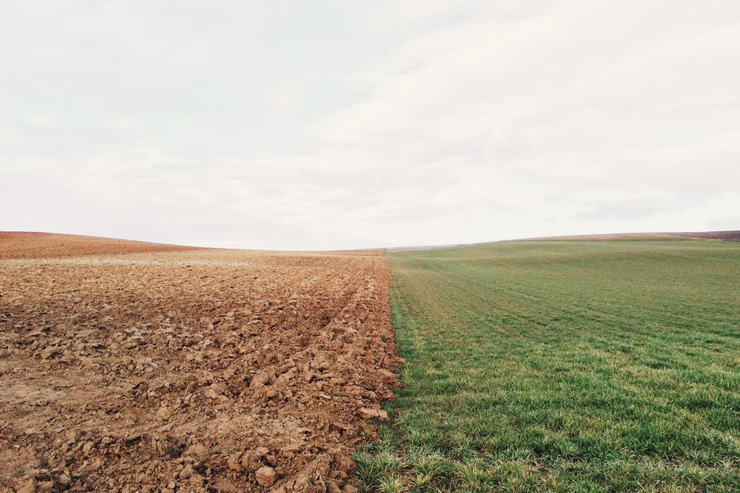 Faith — Why aren’t we moving mountains?