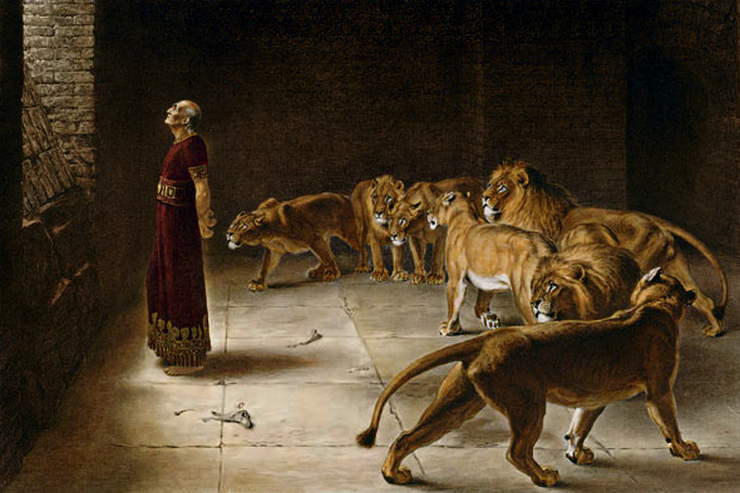 “Daniel’s Answer to the King” (detail) by Briton Rivière

To the faithful Catholic who takes spiritual reading seriously, every daily reading is a multivalent spiritual lesson conveying true history, law, wisdom and prophecy. The transcendent impact of the daily inerrant word of God is imperceptible to the empirical senses but potentially earthshattering to the soul spiritually attuned to eternal truth. This Sunday’s Old Testament reading at Holy Mass from the book of Wisdom was particularly prophetic in foreshadowing the apparent attitude of White House officials who arranged to greet and meet Pope Francis on his visit to America.

“Let us lie in wait for the righteous man, because he is inconvenient to us and opposes our actions, he reproaches us for sins against the law, and accuses us of sins against our training. Let us see if his words are true, and let us test what will happen at the end of his life; for if the righteous man is God’s son, he will help him, and will deliver him from the hand of his adversaries. Let us test him with insult and torture, they we may find out how gentle he is, and make trial of his forbearance” (Wisdom 2:12, 17-19).

This set of passages from Wisdom is clearly a profile of the demonic mindset as Satan and his minions attack all faithful and holy souls, especially characteristic of the vain effort to tempt the son of man in the desert after forty days of fasting. Not surprisingly, the world is in the grip of this mindset and many human souls find themselves in the service of the bent mind. In a gesture prophetically characterized by the passages from the Book of Wisdom, the White House prepares for a visit from our Holy Father with a host of people who vehemently oppose Church Teaching. Pope Francis is the Vicar of Christ and this gives Sunday’s readings and the White House’s actions quite profound spiritual significance.

The lineup of those set to meet the Holy Father at the White House includes the first “gay” Episcopal Bishop, two gay activists, a dissident pro-abortion sister, a transgender person and perhaps a slew of other guests likely to be antagonistic to the teachings of Holy Mother Church. The appearance of intentional hostility is glaring and an offense to decency. It is a clear sign of the contempt in which the world holds the Catholic Faith.

The vile gesture is a little like inviting the prime minister of Israel to the White House and greeting him with ISIS representatives, members of the neo-Nazi movement, a few surviving SS officers and a few ambassadors from Hezbollah. This political indecorum would be more likely to draw criticism than an offense against the Faith, but the analogy holds.

The White House is truly lying in wait for the righteous Holy Father because the teaching he brings is inconvenient to and opposes the training and actions of those who live a willfully sinful lifestyles. They are sincerely trying to test his words of tolerance which were wrenched from their original and holy context by a dishonest media. The White House is hoping against hope that the man, about whom so many false reports have been made, just might succumb to the media distorted portrayal of himself. The vain hope of the event organizers is that this charade will have some galvanizing effect of changing Church teaching. There is a better chance of a snowdrift in hell, but one of the hallmarks of the demon mindset is tone deafness to reality, especially the nature of the economy of salvation.

The White House intends to test the Holy Father with insult and torture. They underestimate him as Satan underestimated Christ in the desert. Though the White House intentionally brings insult to Pope Francis, he knows something they don’t. These enemies of Church teaching are not the enemies, they are human persons made in the image and likeness of God imbued with dignity and intrinsic value beyond measure. Pope Francis will embrace these souls because he will see Christ in them. He will love these souls because they are precious to God.

The real enemy is “Satan and all the evil spirits who prowl around the world seeking the ruination of sous.” We battle against the powers and the principalities, not against human persons. The White House officials who orchestrated this meet and greet are not the enemies, but they are in the service of evil ideology stirred up and propagated by the great deceiver.

We must be as “wise as serpents, but gentle as doves” as we recognize the damage they intend to inflict on Holy Mother Church which signals the depths of depravity to which our state has fallen. We must hold this deplorable course of action in contempt while we pray for the deluded souls who would take part in such indecorous and vile behavior, most tragically because it comes from the highest political office in the land.

We are entering a period of great trial and persecution. The White House sees no need to veil the offense. The Holy Father will lead us in a lesson on how to handle this oldest of tricks expounded upon in the Book of Wisdom. Pope Francis will shine by virtue of holy charity, the gates of hell will not prevail against Holy Mother Church; the White House is merely a store front. Our concern ought to be the eternal disposition of souls, including our own. Let us turn the other cheek at this offense, but in appropriate response, let us redouble our efforts to evangelize and preach Christ crucified in order to combat the evil spreading over the world so that we may colonize heaven. 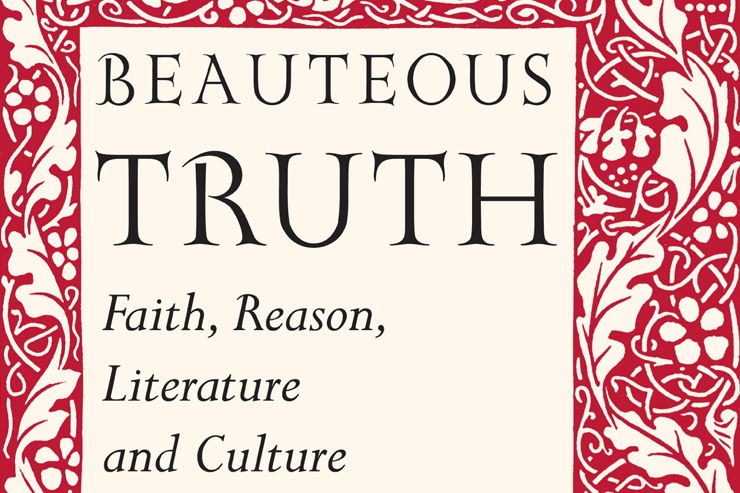 The Three Most Profound Ideas I Have Ever Had

About Walking on Water

Crossing the Threshold of Holy Week