The Cathedral of My Bathroom 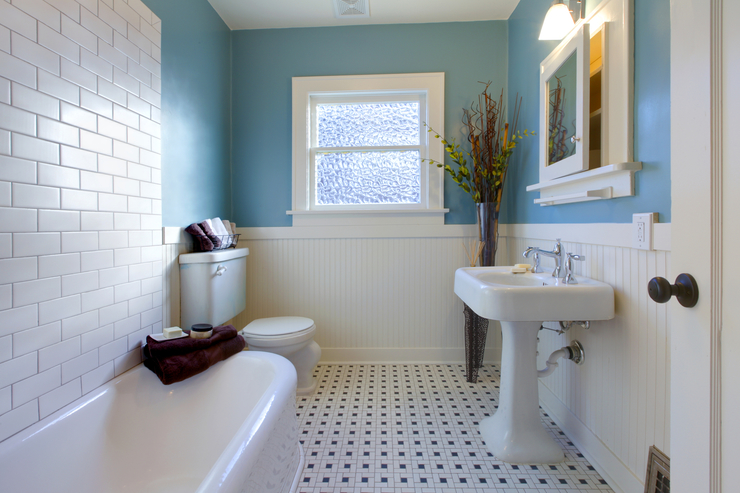 I used to think that my days of praying in my bathroom were numbered, and that the numbers were going to get smaller as I (and my kids!) got older. I assumed that, with a routine that involved them being reasonable human beings and sleeping on a normal schedule, I would be able to return to praying at my kitchen table, or on the front porch, or, really, anywhere but the bathroom.

I was very, very wrong.

What’s surprising is that I’m coming to enjoy my bathroom prayer time. For one thing, it’s guaranteed time with God. For another, I’m not spending any less time in the bathroom as I get older.

In the last few years, I’ve had a few more kids and I’ve also had the blessing to assist with elderly relatives and friends. The bathroom, I’ve observed, goes from being a gathering place (cue my four-year-old’s heralding of what’s in the toilet) to an entertainment area (what were they doing in the tub?!) to a place you just have to get to right now (hello, flu season and incontinence and aging issues).

Sometimes, my best conversations with God happen in the bathroom. I invoke him to help me have patience with the kid who just. won’t. stop. whatever it is, ask him to hold close that person who just came to mind, and, amazingly, listen in the silence of the whirring fan behind the locked door.

Years ago, before I had kids and was married, as a new Catholic, I remember going through some courses my parish offered for new catechists. The topic was prayer, and I was so busy that, I admitted sheepishly, the only time I had to pray was in the shower in the mornings.

Rather than laugh at me, our religious education director smiled and commiserated with me. She didn’t point out that she had four kids and about five hundred more things to do than me and she still found the time and way to pray. She didn’t criticize my silliness or my (lack of) priorities.

Instead, she pointed out that starting the day with prayer was exactly the right thing to do. She drew parallels between baptism and my shower, inviting me to keep it up.

Fifteen years later, I’m still praying in the shower. Some days, I’m praying for the strength to cooperate with the grace to get through the day. Other days, I’m offering a prayer of thanksgiving for the hot water. Many times, I pray a decade of the rosary and try to remain open to God’s voice.

Praying in my bathroom has transformed the time I spend there. Oh, I still dread that special coughing sound that indicates the beginning of puketivities and I can’t get over my eyerolling tendencies when someone needs back-end assistance, but God is there in those moments.

Praying in the bathroom has helped me to see God in the nitty gritty even more than I did before; it’s given me an opportunity to bless my potty moments in all their glory and ridiculosity. It’s helped me remember that Jesus was human and even here, in the bathroom, he is with me. 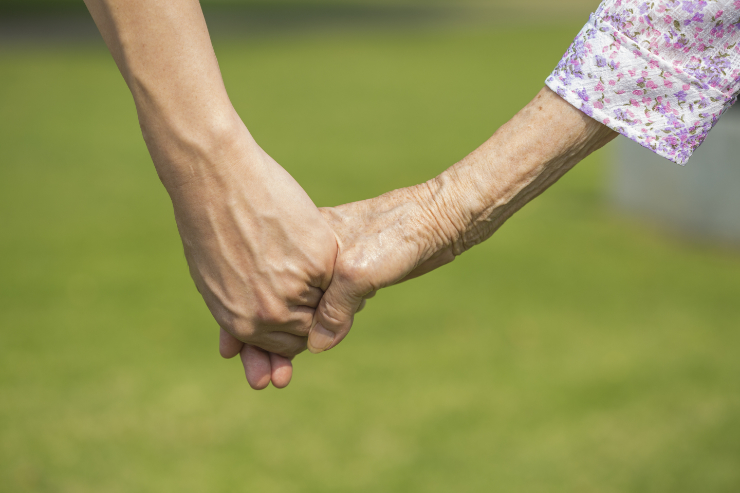 Mary’s Hands: How the Star of the Sea Inspires My Motherhood