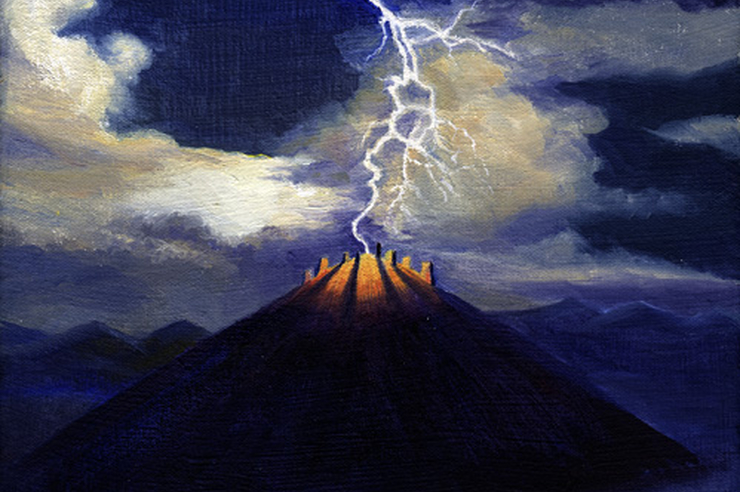 “And that is how the people of Orbaratus destroyed themselves.”

Charles sat looking at the old man across the table. Thunder rumbled outside the diamond-paned windows of Charles’ Oxford flat, and the deep purple light of the approaching storm contrasted eerily with the flickers of gold and red from the fireplace and the lighted candles on the mantel. Upon the table, between the two friends, sat an ancient book, bound in black leather, that Azarias had brought with him. It was a medieval collection of spells, he had told Charles.

Azarias’ tale of the demise of Orbaratus—that ancient world in another galaxy—had not taken long to tell, but, in truth, the events he had recounted on that world had actually spanned many decades.

“So, let me get this straight,” said Charles. “The folk of Orbaratus were, even by our own standards, deeply religious and in tune with God and with the needs of their own people. Theirs was a blessed and thriving culture. What happened to change that? You say this ‘greatest generation’ as you called them, the very ones that overcame oppression and saved their world from evil, allowed their guard to lapse? They allowed their own children to lead them down the road to annihilation?! How could that possibly happen in a single generation?”

“It isn’t that difficult to understand if you recognize where the process began,” said Azarias. “Beginnings are very important. Never forget that! If you overlook the very first stirrings of change in a culture, all that follows seems hopelessly inexplicable.

“Change always begins with values. The people of Orbaratus went from revering God, loyalty, honor, and self-sacrifice, to, instead, worshiping individualism, ‘self-realization’, and a utopian tolerance for novel—and dangerous—ideas. After all that they had renounced to achieve their victories against a rising despotism in their own generation, the elder Orbaratans became deeply war-weary. And the Enemy took advantage.”

“As I’ve told you. The Orbaratans had seen horrors, and they yearned to make sense of them. So, theories of the nature of existence that had previously been ignored took on new appeal—particularly the view that individuals were ruled by psychology, not by natural law or by God. There arose in their midst the equivalent of a Sigmund Freud, who promoted a secular and mechanistic view of human nature. This, on the deepest possible level, swept away the God-centered underpinnings of their whole civilization. Not immediately, mind you, but slowly, insidiously, and inexorably.

“Demons were replaced with psychological disturbances; sinful thoughts and actions were attributed to unconscious urges stemming from childhood trauma; behavioral prohibitions that promoted societal well-being and order were discarded in the name of equality, tolerance, and progress. But the moral grounding—the very nature of what they believed about themselves—had to change before the society could begin destroying itself legally, politically, socially, and militarily.”

Charles shuddered. “But weren’t there those who saw the danger and called for caution? Couldn’t anyone see where the new values would lead, ultimately?”

“Of course! But, once the great majority of society no longer looked to natural law and to God for guidance, such folk were either ignored or marginalized. The irony was that those who dissented from the herd behavior of the new majority were labeled ‘intolerant’ and ‘haters’. The ‘enlightened elites’ who promoted the new secularism never once recognized the irony and hypocrisy of their own intolerance and hatred.”

Outside the flat, the storm rolled in upon the town, and blue lightning struck in the distance, casting a queer light upon Charles and his guest. Azarias, at such times, appeared like some ancient Methuselah; it was a look he carried well.

“But once the laws began to change and the dissenters were overruled, what happened?” asked Charles.

“Societies in distress always look for scapegoats, and all the more so when they know, deep down inside, that they themselves are the ones to blame for their own ills. On Orbaratus, with each new riot in the streets, those who questioned any aspect of the new progressive worldview, were, themselves, sacrificed on the altar of public opinion. Even modest dissent was soon wiped out as fear of persecution became all-consuming. Evil is always capable of twisting the mindset of the masses to its own ends once a society has severed its moral roots.”

Lightning again struck, more closely this time, and Charles heard, or thought he heard, whispered voices riding the winds of the storm outside the window. A sudden down-gust forced smoke from the chimney into the flat, and the smell of burning wood and ozone—with just the slightest hint of sulfur—enveloped the two confidants.

“Ah! I see that we have stirred the ire of the Enemy, even with this modest tete-a-tete here upon our own world,” said Azarias.

“Are we? Aren’t the two fully intertwined?”

“Well…no! That’s absurd!” said Charles. You’re suggesting that, fundamentally, some supernatural agency was responsible for toppling Orbaratus? And that somehow that agency is ‘listening in’ on our conversation even now? That’s more than a bit paranoid, don’t you think?”

Azarias looked at his young friend. “No, it’s not, although I wish it were. You find it so because of your own upbringing and the culture in which you have been steeped all your life. I am much older than you—old enough to have seen that what happened on Orbaratus is already happening here as well. And I know that the conflict is, first and foremost, a spiritual one. I can even prove it.”

“You happen to believe in God, do you not?”

“But, tell me, do you also believe in demons? Or in the devil?”

“So you would find it ridiculous for me to suggest that I could recite one of the spells in this book and summon a demon into this very room?” Azarias patted the cover of the leathern volume he had brought with him. Gold letters and symbols on its black surface glittered in the candlelight.

“I would be very skeptical, certainly. That’s a medieval manuscript filled with some pretty quaint notions, as I recall—very pre-scientific. It’s not likely that the incantations it contains would have any supernatural power over us in our own day, it seems to me.”

“On the contrary, my dear fellow, I assure you they have lost none of their potency because of their age. Recite any of the spells from the book’s pages, and you could quickly find yourself in the presence of forces—powerful forces!—whose existence you might never before have suspected.”

The two sat in silence for a few moments.

“I’m not sure I believe you,” said Charles.

“Ah! Well! Then you have proved what I’ve known to be the case for some time now; in fact, since first I came here to work with Father Hildebrandt and the Benedictines.”

“Simply this: that the devil has never achieved a greater victory than in convincing the people of your generation to disbelieve in him and in all of the dark forces that he controls. It is that disbelief—that very skepticism—that will ultimately lead us down the same path as Orbaratus.”

Lightning struck again outside the flat, but the delay before the thunder rolled in was greater than it had been.

“The storm is passing,” said Charles.

“Alas, my friend, I fear it is only just now breaking upon us,” said the older man, rubbing his eyes.

And in the gloaming, Charles noticed, due no doubt to some trick of the firelight and the smoke that had blown into the room, that a halo had formed around the venerable head of his friend. And he wondered then what trials the coming months might bring them both.

Editor’s Note: Jef Murray’s latest fictional writings can be found online at  www.TheFramerunners.com. His artwork can be seen at www.JefMurray.com. 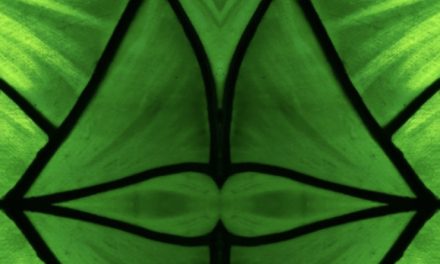 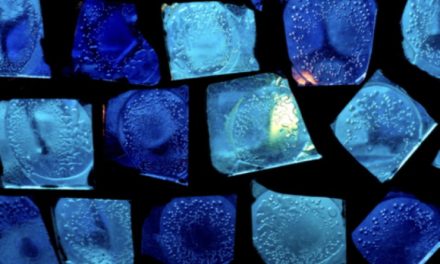