This is the fifth part of a six-part series on the teaching of Fr. Stanley L. Jaki that science was born of Christianity. To understand how science was born of Christianity, first “Fr. Stanley Jaki’s Definition of Science” must be understood. Then “The Stillbirths of Science in Ancient Cultures” can be understood; by science Fr. Jaki meant what we now call “modern science,” which is the application of mathematics to observations to develop physical laws. The third essay, “The Radical Scientific View of Biblical Cultures,” showed how the biblical and early Christian world view was conducive to the birth of exact science and radically different from other ancient world views. The fourth essay, “The Christian Middle Ages and the Greek Scientific Corpus,” reviewed the writings of scholars of the Middle Ages and showed how Christianity purified the Greek scientific corpus, breathing the first breaths of life into into what would become a viable discipline.

Within the histories presented thus far, Jaki named the “classical and most influential case” that represents the birth of modern science from Christianity, Jean Buridan (1300–1358), the French priest who developed the concept of the impetus which led to the modern concept of inertia and paved the way for Isaac Newton’s first law of motion.

In his work Quaestiones super quattuor libris de Cælo et Mundo, Buridan showed that a radical departure from Aristotelian cosmology and physics was absolutely necessary for explaining the movement of bodies. Buridan not only departed from untenable ideas, he affirmed his faith in the Creator and derived from those “articles of faith” that could only be known by revelation and not by scientific demonstration. Buridan stated that “in many an instance one should not believe Aristotle who made many propositions contrary to the Catholic faith because he wanted to state nothing except what could be derived from considerations based on what is seen and experienced.”[1] Again, it was faith, not observation, experimentation, or investigation that gave the first breaths to modern science.

Buridan’s theory of impetus is found in Book VIII, Question 12 of Super octo libros physicorum Aristotelis subtilissimae quaestiones. He was thinking about what moves a projectile after it leaves the hand of the projector. It is first necessary to understand what Aristotle asserted, which was the accepted explanation in Buridan’s day, so first a brief review.

Aristotelian theory of motion held that terrestrial bodies had a natural motion towards the center of the universe, which meant the center of earth. Motion in any other direction was “violent” motion because it contradicted natural motion and thus, required a mover to move it. Bodies were thought to naturally desire rest, so whenever something moved in any other way than naturally, there had to be a mover in contact with it.[2] If the mover ceased to move it, the body fell straight to the earth and became suddenly at rest. Aristotle also argued that if the resistance of a medium through which an object passed remained constant, the body would move at a constant speed if the force exerted by the mover were also constant.[3]

Aristotle also held that if the resistance of the medium varied, the speed the object moved under constant force varied proportionally, and if the movement took place in a vacuum, bodies would move instantaneously with infinite speed. This is one of the reasons why Aristotle thought a complete void was impossible. Aristotle’s system included an explanation in Book VII and VIII of Physics, and Book III of De cælo that objects move farther when thrown due to a concept he coined as antiperistasis which means a surrounding (peri) resistance (anti) caused by an action that induces an unchanging equilibrium (stasis). This concept applied to projectiles (thrown objects). Once the mover (the hand, for instance) throws the object and the object is no longer in contact with the mover, the air that resists the object (anti) is divided by the object and surrounds it (peri). By doing so, the air fills in the vacuum in the wake thereby impelling it along (stasis). When bodies fall to the ground, Aristotle attributed this natural motion to the soul of the object (animism) searching for what is best for it. Thus a ball thrown on earth will be impelled by antiperistasis, but will also be acted upon by the ball’s nature which searches for the ground, thus projectile motion.

According to Aristotle, the mass of an object is directly proportional to the nature of the object’s desire for its natural place. Therefore, to repeat a previously made but important point, Aristotle thought that two otherwise identical objects would fall to the ground with proportionally different speeds if one was twice the mass of the other, the heavier one falling twice as fast as the lighter one. The heavier mass’s larger nature held a larger desire to be on the ground, a conclusion that defies plain common sense and observation. It is easily observed that two balls of different mass fall at the same rate of acceleration, but this was not noticed or not admitted by the ancient Greeks or by the Muslims who followed Aristotle.

There were believed to be two kinds of bodies, terrestrial (natural) and celestial (divine). The terrestrial bodies moved toward their desired place of rest. The celestial bodies were the bodies from the Moon upward, and they moved in a circle in a sort of divine substance called the ether. This explained why the heavenly realm moved in continuous circles. They were in a perpetual contact with the Prime Mover itself, which is the basis of the doctrine of eternal cycles (the Great Year) of an eternal cosmos emanating from the Prime Mover. Thus, motion was explained in the heaven and on earth by the object dividing the substance (air or water on earth, the ether in the heavens) and the substance in turn filling in behind the object to push it along. On earth, objects also fell to the ground in search of their rest unless a mover kept them in their motion. In the heavens, bodies were in their most desired place as long as they were in contact with the Prime Mover.

Buridan rejected the doctrine of the Great Year and eternal cycles of the universe. Because he viewed the universe as the creation of a rational Creator and thus viewed the universe as having an absolute beginning in time, Buridan, in thinking scientifically, necessarily had to ponder the cause of motion for heavenly bodies, which in turn meant he had to ponder the cause of motion for terrestrial bodies, and he did so in the same atmosphere in which the Condemnations of 1277 were made. In Book VIII, Question 12 of the above mentioned work, Buridan appealed to common experience and judged Aristotle’s position to be unsatisfactorily solved.[4] He gave the example of a child’s toy, the top. When a top spins, it spins in place so there is no vacuum left behind and thus no antiperistatic effect to impel the top to keep spinning. As a second example, he described the “smith’s wheel” and how it also moves in a circular motion but does not leave a vacuum. As a third example, he pointed out that if an arrow were sharp at both ends, it would still move in the same way as it would move if the back end were blunt. If the motion were caused by the impulsion of the air moving in behind the arrow as it pierced the air, the arrow with a sharp posterior should not fly as far, but this is not observed.

Buridan then argued that if motion is maintained by continuous contact with a mover, then there is no explanation for how the top or the smith’s wheel can continue to move after the hand is removed, for even if a cloth surrounds the top or the wheel on all sides blocking any movement of air, it still spins after the hand is removed. Further, he argued, common experience shows that when a person pushes his hand through the air, he does not feel the air behind his hand pushing it along whether he has a stone in it or not. Buridan concluded that since, in those cases, there is no air to impel motion, no hand to sustain it, no rowing to move it, there must be another explanation. This is how he arrived at his impetus theory.[5] The impetus continues to move a stone after the hand throws it, and the impetus is continually decreased by the resisting air and by the gravity of the stone. He also related impetus to mass, the more massive an object, the more impetus it will have.[6] Tying this reasoning to common experience, Buridan also explained that this is why one who wishes to jump a longer distance takes a few steps back to run faster and drive himself farther, and why the jumper does not feel the air propelling him but rather the air in front of him resisting him against the force of his jump.

Finally, Buridan turned this path of reasoning toward the heavens and noted that the Bible does not claim that God had to keep his hand on the celestial bodies to maintain their motion.[7] Buridan suggested that the motion of celestial bodies could be answered another way. “God, when He created the world, moved each of the celestial bodies as He pleased, and in moving them He impressed in them impetuses which moved them without His having to move them any more except by the method of general influence whereby He concurs as a co-agent in all things which take place.”[8]

In other words, Buridan introduced the concepts that would lead to Newton’s first law of motion, that a body at rest would stay at rest and a body in motion would stay in motion with the same speed and in the same direction unless acted upon by another force.

Next week, the final week: The Christian Birth of Science 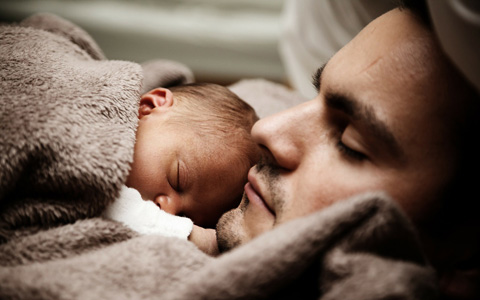 How sick kids bring me closer to God

Finding Mary in the Confirmandi

Excuse Me, God, Is There a Family Discount? 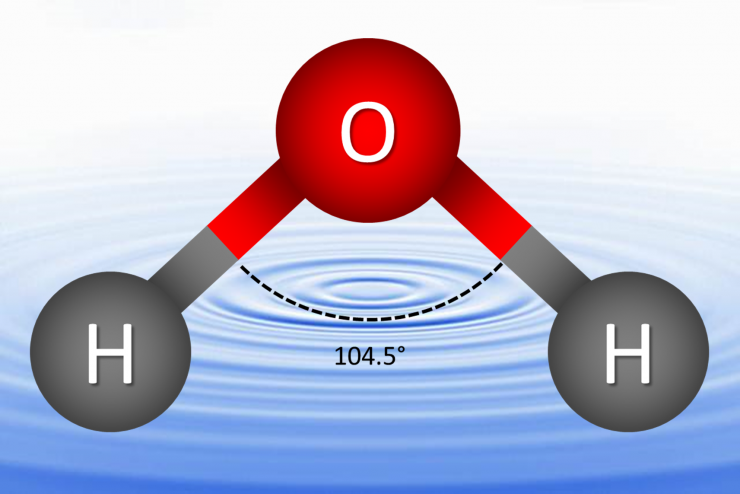