The joy of Easter and the Risen Christ is upon us!  Christ is risen!  Truly He is risen!

Do you know that you are a witness for Christ?

When I was growing up in the southern part of the United States, I would from time to time encounter young, protestant teens and adults who would excitedly take to the streets to witness for Christ.  That is how they would refer to their efforts to evangelize. “Let‘s go witness!”

Our Lord tells His apostles in today’s gospel (Luke 24:35-48) that they are to be His witnesses.  The scene begins with the return of the two disciples who encountered Christ on the road to Emmaus and came to recognize Him in the breaking of the bread.  Their joy is so great that they had to rush back to share the good news with the apostles.

This eagerness and urgency to share good news is important. In Luke 15, we see three parables—The Lost Sheep, The Lost Coin, and The Prodigal Son. There are several features these parable share in common, not the least of which is the urgency to share the good news of recovering what was lost and to celebrate the good news with the community. So, we see it again after the two disciples come to recognize the risen Jesus on the Road to Emmaus. They rush back to Jerusalem to share their good news with the Apostles.

Could the apostles dare to believe the incredible (Jesus appeared to Peter before the appearance to them all in the upper room)?  Jesus knew that His apostles were frightened, confused and discouraged… and that they would need His grace to be effective witnesses.  So He appeared to them in their midst. He invited them to come forward to touch His wounds and asked for something to eat.  Essentially, He was saying to them, “Look, it is me in flesh and blood… believe, be at peace, prepare yourselves to go forth and be witnesses to my Resurrection.”

The Lord calls us also to be His witnesses.  Not just priests, deacons and religious… but everyone who has come to believe in Him and the Resurrection.  Each of us first came to believe because of the testimony of a witness.  Throughout the history of the Church, from age to age, from one generation to the next, there have always been people with a generosity of spirit that has led them to set aside everything to be witnesses for Christ, not the least of whom for us have been our parents. Witnessing for Christ begins in the home, in the midst of the family. It is in the home that we should first come to encounter the risen Jesus, where we first come to see and experience God’s love for us.

Being a witness for Christ is part of our baptismal obligations. Jesus wants us to be a mission people; He wants us to be zealous about sharing the good news of our Redemption and God’s love for us.

We should be forever thankful for those who were witnesses for Christ to us. However, our belief in the Lord is no longer due to their testimony alone.  For each of us has come to recognize the Lord for ourselves, in the breaking of the bread.  Our Lord has turned the whole world into the road to Emmaus.  At every moment of every day, Holy Mass is celebrated in a Catholic Church somewhere in this world.  And we who participate in this liturgy come to recognize Jesus in the breaking of the bread.

Let us resolve this Easter season to be like the two disciples on the road to Emmaus who could not contain their joy… let us too, take to the streets to be witnesses for Christ… ministering to the spiritual and corporal needs of God’s people. 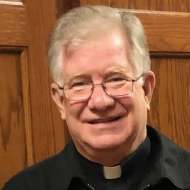 Do You See God in Others? 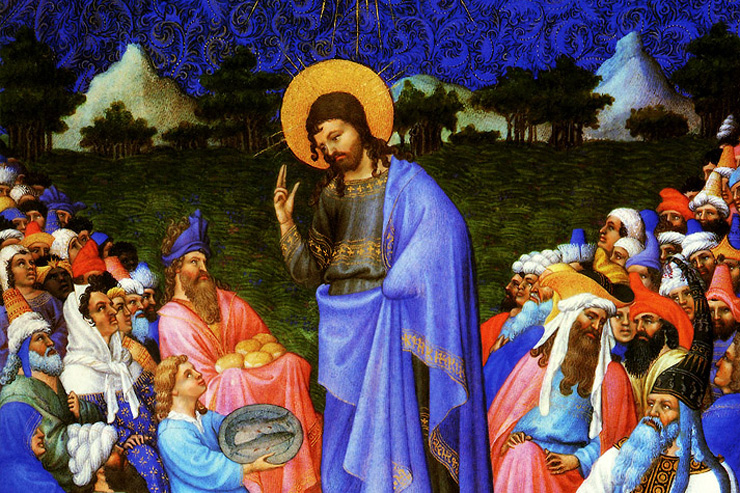