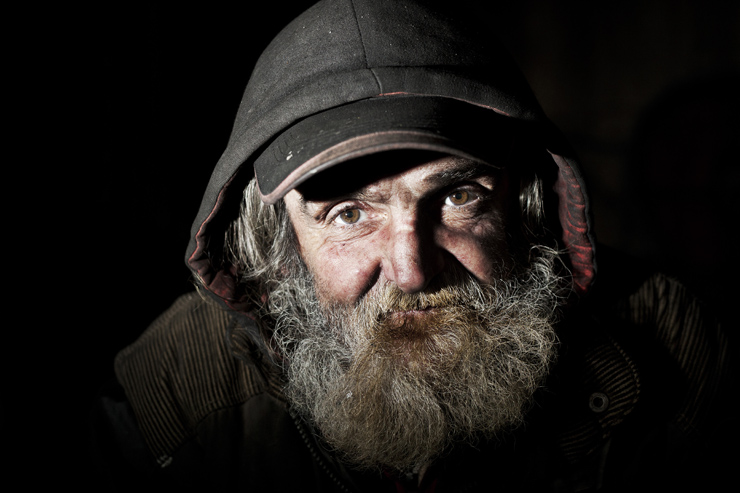 I thoroughly enjoy my work and ministry of writing and speaking about the Catholic faith and God’s amazing love for us, as well as meeting the countless fascinating people along the way throughout my travels.

One such captivating encounter occurred in an airport as I was traveling to do a speaking event. I ended up chatting with a woman (I’ll call her Sally) who shared a remarkable story with me. It happened as I was about to make my way through the airport security and Sally, who was one of the airport staff indicated that my suitcase was a tad overweight. While that was not what I wanted to hear, being that it was a bit of an inconvenience to quickly try to figure out how to reconcile the difference in the weight while stuffing some of the extra things into my carry-on so I wouldn’t have to pay an extra fee (and knowing I’d be stuck lugging that around all day traipsing through a few airports), it gave us a little chance to chat. God has a way of providing these unplanned and totally unexpected opportunities!

Somehow Sally and I got to talking about the faith and about God’s love. The woman suddenly seemed compelled to tell me that her daughter Chelsea has autism. Sally explained that when her daughter was not quite three years old she was only just beginning to toddle around, being a late walker. One day when they were out, all of a sudden her little daughter started to toddle faster and faster—she shot off to almost running. Chelsea seemed to be on a mission and her mother couldn’t keep up with her! But, she knew she had to chase her because Chelsea seemed like she was headed for trouble!

Chelsea was running straight toward a disheveled homeless man who was sitting on a sidewalk. Sally feared what most mothers would fear when their little wobbly child was toddling almost out of control. First of all, she didn’t want her to fall and get hurt so Sally quickly ran after her daughter who was now in danger of falling off the curb.

Secondly, Sally was very worried about what could happen if her clean little girl got too close to the dirty disheveled stranger. Sally quickly picked up the pace.

Before she could catch up to her daughter though, her sweet innocent child had thrust her little arms around the man in a great big spontaneous warm hug. This mom was passionately retelling the story to me that morning at the airport and explained how she was totally beside herself with mixed emotions. She was naturally worried about her daughter falling and getting hurt as she tried to catch up with her and then she was even more intensely worried because not only did her daughter get close to the man, her little one had hugged a dirty stranger! At first, Sally could not quite grapple with these emotions. But, she stood there stunned and also quite impacted by the occurrence and what happened next.

Sally continued with her story and I intently listened as I continued to sort out my belongings, now over on the side of the line of people at the airport. Sally explained that as soon as she reached the man and Chelsea, the man immediately looked straight up at her and with tears in his eyes and streaming down his face, he told Sally that her precious little girl had not simply made his day. He slowly and clearly articulated that she had made his LIFE! He went on to say that he could not even remember the last time he had been hugged or even touched for that matter. He said he was absolutely sure that he would never forget the beautiful gesture that day—the warm miraculous hug of love. The innocent little girl unknowingly had changed this man’s life forever. I suspect this mom was changed forever as well because I noticed how passionately she recounted this story to me as tears glistened in her eyes. I was very touched as well upon hearing it.

I had no doubt that God had arranged these beautiful encounters—the little girl and the man, as well as Sally and me. Now, I can tell it to you! Sally gave me permission to retell her story, knowing that I am a writer who loves to inspire and encourage.

Mother Teresa lived her life to serve the poor and the needy, seeing Jesus in everyone, wholeheartedly living the Gospel of Matthew of “Whatever you do to the least of my brothers you do to me” (Matthew 25: 40).

Let’s learn from Mother Teresa and that sweet innocent child who allowed Jesus to love a complete stranger through her.

How might we show a gesture of Christ’s love to a complete stranger today or soon? Opportunities are awaiting us—ready to unfold. We need to simply open our hearts and our eyes. God will do the rest.

Editor’s Note:  If you are interested in learning more about moments of inspiration from great Saints, take a look at Donna-Marie Cooper O’Boyle’s wonderful book, Catholic Saints Prayer Book: Moments of Inspiration from Your Favorite Saints.

Donna-Marie Cooper O’Boyle is a Catholic wife, mother of five, grandmother, speaker, catechist, and EWTN TV host of “Everyday Blessings for Catholic Moms,” “Catholic Mom’s Café,” and "Feeding Your Family's Soul." She is an award winning and best selling author of numerous Catholic books and was blessed with a ten-year friendship with St.Teresa of Calcutta.

Connect with Donna-Marie at:

What is better than an exorcism? 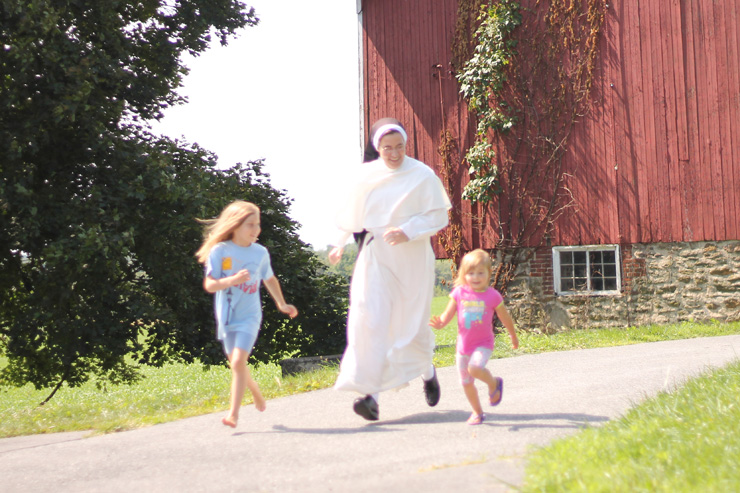 How to Keep Your Kids Catholic 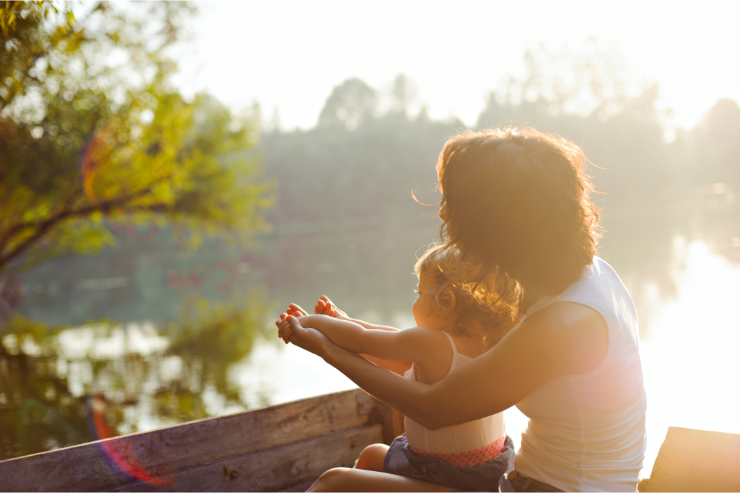