Glorious Pentecost! Fifty days after the death and resurrection of our Lord we in the Body of Christ are sanctified by the descent of the Holy Spirit and the abundant gifts and blessings that attend this most holy event. From the 10th day after the ascension of our Lord forward, the Church has been a perpetual Pentecost beginning when the Counselor set the hearts of Mary and the 12 Apostles ablaze with tongues of fire. The flame was first passed onto 3000 converts and then with each successive ordination, the flame grew and was passed down the generations to souls uncountable. The holy fire gifted on Pentecost will burn until the end of time. Each living soul imbued by the gifts of the Holy Spirit is a persistently burning bush in the City of God.

It might surprise some Catholics to learn that the Holy Spirit has been with us from the beginning. In the second verse of the very first Chapter of Genesis we learn that “The earth was without form and void, and darkness was upon the face of the deep; and the Spirit of God was moving over the face of the waters.” Throughout the entire Old Testament the Holy Spirit’s presence is made known. We read of Sampson in Judges 13:25 that “the Spirit of the LORD began to move upon him.” After Saul was anointed king in 1Samual 10:10 “the Spirit of God came upon him, and he prophesied.” In 1 Samuel 16:13 when David was anointed to be king “the Spirit of the LORD came upon David from that day forward.”

Pope St. Leo the Great (391-460 AD) Church Father and Doctor explains in a homily on Pentecost that this sacred event “holds within it great mysteries which relate both to the Old and New Dispensations wherein it is most clearly revealed to us, that grace was foretold by the law, and that the law is made perfect through grace.” There are three key sets of events in three places in the Old Testament that foreshadow the work of the Holy Spirit to come at the hour of Pentecost, the work born out through our present day liturgy that restores man to right relationship with God. By considering the Garden of Eden, the Tower of Babel and the events on Mount Sinai, we can come to better understand the roots of our need for redemption and the deeper significance of the work the Holy Spirit has come to do for the Body of Christ.

The Garden of Eden

Holy Mother Church is unintelligible without an understanding of the Garden of Eden because what we do in the Church has its roots in the Garden. Moses tells us that before the flood destroyed the Garden, there were four great rivers flowing out of paradise, which places it up on a mountain. Eden was an enclosed refuge, the very borderlands of Heaven where man could live peacefully in intimate relationship with God. This ideal relationship in paradise required responsible stewardship and an appropriate level of obedience to the benevolent Creator. The closer we are to God, the more exacting is the punishment for sinful disobedience. In the Garden, disobedience carried with it the penalty of exile, pain, suffering, arduous labor and death.

When he who was a liar, murderer and thief from the very beginning stole into the Garden and misled our first parents into disobedience, we experienced our first exile, a privation of grace, the dreadful loss of right relationship to the Father and eventual death. This fall from grace is the explanatory key to understanding the Old Testament portion of Salvation History, those dark generations of degenerate human foibles played out across the difficult years predating the year of our Lord.

Pentecost is the moment when the Holy Spirit began to restore the graces forfeited by our first parents as the fulfillment of the Law and the Prophets in the New and Everlasting Covenant. The Sacred Fire finds its repository in The Body of Christ and turns Holy Mother Church back into the new edge of heaven, the new frontier of the heavenly country restored for God’s children. By the gifts of the Holy Spirit we are once again poised to be put into right relationship to God.

The Tower of Babel

By geographical contrast to the Garden of Eden, the tower of Babel was built down in the plains of Shinar, the dwelling place of fallen man. In Genesis 11:4 the arrogant men who cut themselves off from God said “come, let us build ourselves a city, and a tower with its top in the heavens, and let us make a name for ourselves.” It is interesting to note that by their own technologies, that of brick making and mortar of bitumen, instead of natural wood and stone, these men contrived to build for themselves a man-made mountain reaching heaven without the help of God. So arrogant was their endeavor to build their own way to heaven and to exalt their own names that Nimrod arrogated to himself the power to build a tower so high that even a flood from God would not be able to reach them.

This is the same tendency to which all men without God are prone, that of trying to use human ingenuity and technology to build a terrestrial paradise and the result is the same as it was at the Tower of Babel. God scattered the people and confused their tongues making intelligible speech between them impossible. The Tower of Babel is the epitome of our fallen tendency to reverse the proper order of reality by turning things upside down. We are prone to glorify ourselves instead of glorifying God, we are prone to serving ourselves instead of serving God, and we become a law unto ourselves by determining the nature of good and evil instead of referring to Divine Law. By the Tower we learn that sin not only disconnects us from God, but from each other.

Pope St. Leo the Great describes how Pentecost ushered in the reversal of the damage done by the destruction resulting from the Tower of Babel. The tongues of fire rested on the Apostles and gave them inspired utterances. “Oh! how swift are the words of wisdom and where God is the Master, how quickly is what is taught, learnt. No interpretation is required for understanding, no practice for using, no time for studying, but the Spirit of Truth blowing where He wills, the languages peculiar to each nation become common property in the mouth of the Church.” Just as Pentecost restored the Garden of Eden for the faithful, it also restored the unified language lost by the Tower of Babel. Pentecost also restored the proper order of reality by imparting the highest spiritual gift of wisdom to our fathers.

The Ten Commandments on Mount Sinai

Just like it was fifty days after Christ’s death and resurrection that the Holy Spirit descended upon us during Pentecost, it was fifty days after Moses led the Chosen People through the parting of the red sea out of Egypt that he ascended into a cloud on the mountain of Sinai to retrieve the sacred tablets containing the Ten Commandments. We know that while Moses was up on the mountain, his people below turned to idolatry and disobedience. When he returned, as a punishment for disobedience, he commanded the Levites to take up arms and they slayed 3000 unfaithful Jews.

The gift of the Divine Law etched into the stone tablets also ushered in the need for the Holy Spirit to provide counsel to the Chosen People for a proper understanding of the Law. As St. Pope Leo the Great explained about divine providence concerning the retrieval of the Law from Mount Sinai, “grace was fore-announced through the Law and the Law fulfilled through Grace.” On Pentecost when the Holy Spirit descended upon the Apostles, the damage done by the idolaters at Mount Sinai was reversed. By the gifts of the Holy Spirit, 3000 were brought to ever lasing life in the Body of Christ in contrast to the 3000 slain at the foot of Mount Sinai.

Conclusion On the Descent of The Holy Spirit

On the descent of the Holy Spirit on Pentecost foreshadowed throughout the Old Testament, we can hardly do better than to turn to St. Basil the Great who teaches us that “through the Holy Spirit comes our restoration to paradise, our ascension into the kingdom of heaven, our return to the adoption of sons, our liberty to call God our Father, our being made partakers of the grace of Christ, our being called children of light, our sharing in eternal glory, and, in a word, our being brought into a state of all fullness of blessing, both in this world and in the world to come.” As St. Justin tells us, we must view Pentecost and the mystery of the Holy Spirit with the understanding that “man must be completed and perfected by the Holy Spirit, that is, he must be sanctified, illuminated and divinized by the Holy Spirit.”

Pentecost is the fulfillment of the Holy Spirit’s role in the Church concerning the New and Everlasting Covenant. This gift of the sacred fire restores what was lost by the privation of grace instigated by the serpent and freely chosen by our first parents. Let us always remember that the tapestry of Salvation History from Creation to Revelation is intricately woven and complexly interrelated. Every thread is wholly purposeful far beyond the apprehension of any human mind unaided by the Holy Spirit- We believe that the Triune God will shepherd the souls belonging to the Body of Christ into the Heavenly country where we will find eternal beatitude. Pentecost restores the grace lost in the Garden, unifies the tongues in a single language of truth and fulfills the Law given on Mount Sinai so that we may once again be in right relationship to God on the threshold of Heaven. 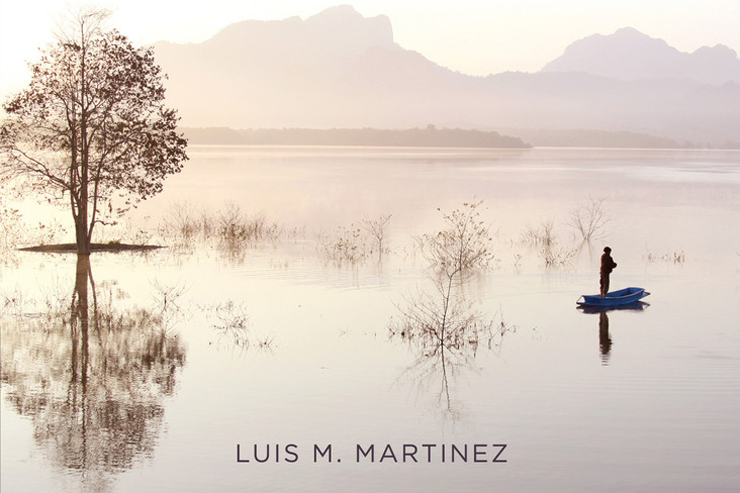 40 Ways to get the Most out of Lent