The Gift of the Cradle

In the years that I’ve been Catholic, I’ve found that there’s a certain appeal to the fact that I’m a convert, especially to “cradle Catholics.”

They seem to think I have a special superpower.  Many of those who have been practicing Catholics their entire lives discount the great gift they have, the beauty of being raised with the Truth all around them.

When they look at me, they don’t see the baggage that has taken me over a decade to shed or the additional baggage that will take at least another decade more to drop.  They see my enthusiasm and my passion, and they shake their heads.

“It’s because you’re a convert.”

I hear it all the time, from the parish office to personal encounters with friends.

They don’t know about the battle for me to acknowledge God, the God I had been raised with and told loved me, and the God who I walked away from with no worries.  They ignore the sins that, though forgiven, still have the power to haunt me, if I let them.

I think it’s because being a cradle Catholic just isn’t sexy.

Choosing Catholicism seems so exciting.  It looks like greener grass and deeper faith.  If there was a secret pill to a great prayer life, the life of a convert would hold the key.

Except, in my experience, it doesn’t.

I’m no better off than my friends.  True, I have an exciting flirtation with atheism to draw upon in my witness talks.  I have a new faith life and a great devotion to Mary.  I can express my love for the Eucharist in ways that draw tears from my listener’s eyes.

What they don’t consider is that people just like them — cradle Catholics — were the biggest influences in my conversion.  Was it any accident that two of my closest friends in college, that black hole of moral iniquity, were practicing Catholics?  Could it have been coincidence that the man I would later marry postponed our second date because of Mass?

It was those faithful, practicing Catholics who quietly lived their faith in the midst of my adamant refusal of God, those evangelists who used actions in lieu of words, who led me to attend Mass.  I wasn’t going to let a theoretical God upset a future romance, after all.

I refused to do any research or reading during my RCIA year.  I read what Padre assigned, but no more.  I felt devotion to Mary, but no desire to learn the rosary.  I was on the fence even as late as the evening of the Easter vigil Mass.

We are all converts.  I have become a better Catholic not because of choosing it in 2001, but because since then I have chosen it again and again.

“The human heart is heavy and hardened.  God must give man a new heart.”  (CCC 1432)  He does it in many little ways, and they point me, again and again, to conversion, which is “first of all a work of the grace of God who makes our hearts return to him.”  (CCC 1432)

Conversion is a word that makes so many of us think of the person we know who wasn’t raised a Catholic, the person who seems to still be on fire for their faith despite the humdrum of it all, that lucky person whose prayers seem to be heard and answered.

Conversion is hard, requiring us to put forth effort that is uncomfortable and difficult.  It isn’t limited to the people who find themselves part of the Easter vigil crowd, flocking into the Catholic Church with a fire under their feet.

The fact that conversion and forgiveness go hand-in-hand is undeniable.  Is it possible to really love God when I haven’t forgiven Uncle Louie?  Can I really be an example of Christian stewardship if I’m treating your kids like they’re second to all of my other commitments?  If I can’t accept — or give — forgiveness, can I really be a different person?  Can I really be changed?

If my example as a convert can inspire anything, I hope it inspires those around me, including my children, to continue their search for Truth at the foot of the Cross.

Editor’s Note: Pop Contest! The first person to correctly identify the connection between the above featured image and the article and post it in the below combox will win our admiration! 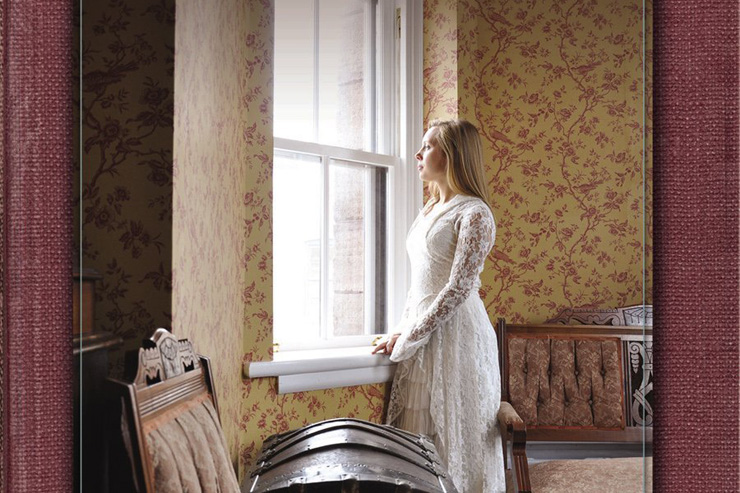