Much of the evidence that the Catholic Church is one, holy, catholic, and apostolic can be found in Rome.  How else does one explain that the Church has the greatest treasure of early Christian artifacts in the world?  I don’t mean this in an arrogant way, but more as look and see… and think.  If our Church is steeped in the relics of early Christianity, what does that say about our Church?

The Holy Land is the birthplace of Christianity and Rome is where it grew up; initially persecuted, but ultimately the Church flourished.  The Vatican, a mere 100 acres, is surrounded by Rome.  A country of its own, yet it is in the heart of Rome, serving as the spiritual center for more than a billion-and-a-half Roman Catholics.  The Pope, residing in the Vatican, is the bishop of Rome.

I often wonder what a non-Catholic Christian thinks when considering the fact that the Catholic Church has all this historical treasure and by far the largest membership of any Christian community.  The artifacts from early Christians lie firmly on Catholic soil.   In Rome, one can see relics and incorrupt saints in Catholic churches, the catacombs where Christians were buried, and the seven apostles, including St. Peter and St. Paul entombed around the city.

Bone fragments believed to belong to St. Peter were displayed last year during a Mass, by Pope Francis, commemorating the end of the Vatican’s Year of Faith. The fragments, found in 1950 after excavations in the necropolis under St. Peter’s Basilica, were identified in a convincing way.  A monument and casket built in honor of Peter were found with an engraving in Greek that read, “Petros eni”, or “Peter is here”.

One can see the actual prison chains that restrained St. Paul before he was martyred by beheading. Within the Abbey of Tre Fontane, it is said that his head bounced across the ground three times. Approaching this church, the ancient stones upon which St. Paul would have walked his last steps are preserved.  His grave rests below the main altar of the Basilica of St. Paul Outside the Walls; under a marble tombstone that reads in Latin, “Paulo Apostolo Mart”, meaning “Apostle Paul, Martyr.”

There is the preserved head of St. John the Baptist, the stone upon which soldiers cast lots for Jesus’ tunic, the 28 steps he ascended before Pilate during his Passion, and a section of the scourging column of Jesus Christ.

Two of my children have been to Rome on pilgrimage with their Catholic High School and have seen these things. I do not travel as easily with children still at home, but I have traveled to the Eternal City through books. Most recently, Rome and the Vatican: A Guide 4 Pilgrims by authors Kenneth and Elizabeth Nowell has taken me there.  The photographs, maps, history, and the addition of Catholic apologetics are a powerful testimony to the Catholic Church.  Perhaps, one day I will use it as a travel guide too, but in the meantime I’m seeing Rome and learning to better defend Catholicism through it.

“ Just as every Christian owes a debt of gratitude to many generations of Jews who preserved the faith of the Old Testament, each Christian should respect the heroic virtue of the early Christians in Rome, and the faithful dedication to the earliest Christian teachings that continue to this day,” the Nowells write.  “To fully appreciate the grandeur of Christian history and faith, after visiting the Holy Land, there’s no place like Rome.”

The Nowells do not just show and tell us about the many relics in Rome, they explain their power and relevance to Christianity as rooted in Scripture. “In the Old Testament, for example, when a dead man’s body touched the bones of the Prophet Elisha, the deceased man revived immediately (cf. 2 Kings 13:20-21).”

In Matthew 9:22, a woman was cured of a hemorrhage simply by touching the hem of Christ’s cloak (a second class relic). The sick were healed when Peter’s shadow cast upon them (cf. Acts 5:14-16). In fact, all Christians should be aware of Acts 19:11-12: “And God did extraordinary miracles by the hands of Paul, so that handkerchiefs or aprons were carried away from his body to the sick, and diseases left them and the evil spirits came out of them.”

The practice of venerating the relics of saints began with the earliest Christians. It was described in the fourth century,  “We do not worship, we do not adore, for fear that we should bow down to the creature rather than to the Creator, but we venerate the relics of martyrs in order to better adore Him whose martyrs they are.” (Ad Riparium, i, P.L., XXII 907)

“That many miracles have been attributed to the veneration of relics of Christian saints is indisputable,” the Nowells write, “Yet critics remain skeptical. Another relic phenomenon, however, is harder for cynics to dismiss. Over the course of Christian history, the bodies of a few hundred saints have been found to remain incorrupt. Cases have been documented as far back as St. Cecilia (177 AD) and St. Agatha (251 AD).”

Any time I read of the early Christians or look at the photograph of an incorrupt saint, I feel a kinship with Rome.  It is my home, even from faraway North Dakota. And there’s no place like home.  Rome and her saints help us to appreciate what many Christians don’t understand — that the roots of the Church are deep and uninterrupted.  It is a place to elevate our faith to a new level as we look deep into history and see that the places our brothers and sisters in Christ have been should be the same places we are going — to a life of loving and defending the faith with apostolic zeal often in the face of hostility.

Selected images from Rome and the Vatican: A Guide 4 Pilgrims (used with permission): 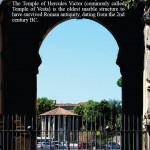 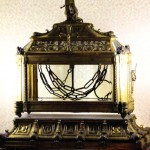 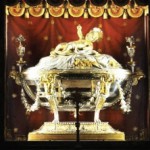 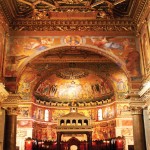 Being an Extraordinary Catholic is No Easy Task 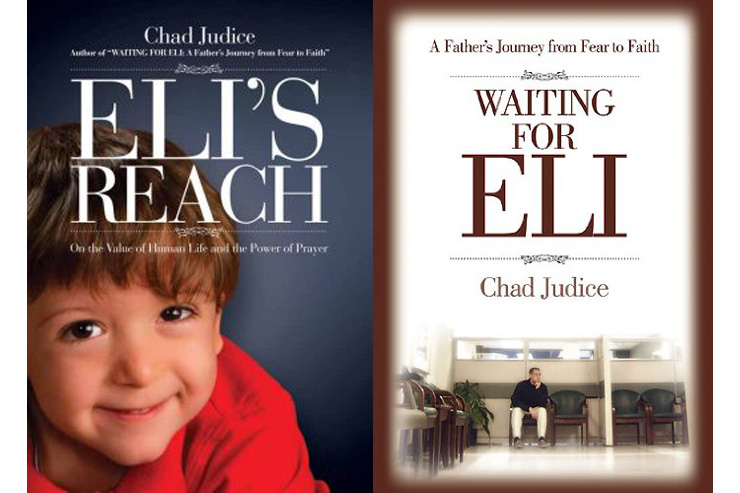