Three Popes and the Mercy of God

History will be made on Sunday as Pope Francis celebrates a joint canonization of two predecessors, both from his lifetime, Popes John XXIII and John Paul II.

Of the 266 Popes who have served the Church, 80 are canonized saints, but none has ever been canonized with another successor of St. Peter; and many presume, based on the trajectory of Pope Francis’ life and papacy, that in future centuries, April 27, 2014 will be associated with not just two but three saintly Bishops of Rome, the two raised to the altars and the one presiding at the altar.

To make the day even more significant is that they’re being canonized on the Feast of Divine Mercy, which was a central theme, perhaps the central theme, in the life of all three Popes.

John XXIII’s most notable papal achievement was the calling of the Second Vatican Council, but in his famous October 11, 1962 speech to open the Council, he framed the entire Council in a merciful key. The point of the Council, he said, was to guard and teach more efficaciously the “sacred deposit of Christian doctrine.” In the past, he said, the Church “condemned with the utmost severity” the errors of various ages, but he said that today the Church must prefer “the balm of mercy to the arm of severity, … by explaining more fully the purport of her doctrines, rather than by publishing condemnations.” It’s no wonder why he once called himself “a teacher of mercy and truth,” for he recognized that both are needed.

In 1962, he published the encyclical Paenitentiam Agere on the gift of God’s mercy and the need for us to recognize our need for it, come to receive it in the Sacrament of Penance, and do interior and exterior penance. This was, he declared, the best way to prepare for the Council, so that the “good seed that the Council will scatter far and wide over the Church in those days [will] not be allowed to go to waste,” but rather find “hearts that are ready and prepared, loyal and true.” The fruits of the Council would happen in abundance, he believed, only if the soil of receptivity had been fertilized with God’s mercy. One might argue that among the reasons for the chaos, confusion, and dissent that occurred in the Church after Vatican II was that John’s summons to conversion, penance and mercy wasn’t adequately followed.

One of John Paul II’s principal tasks was accurately and effectively to implement the Second Vatican Council that John XXIII convened and in which the future Polish Pope participated as a young bishop. It’s no surprise, therefore, that he sought to bring what Papa Roncalli called the “balm of mercy” to the modern world. John Paul II was spurred on in a particular way by the private revelations Jesus had given to a young Krakovian Sister named Faustina Kowalska.

Curiously, during John XXIII’s pontificate, Sr. Faustina’s diary was placed on a list of condemned books because a faulty Italian translation made it seem as if Jesus had revealed to her that forgiveness of sins could happen through devotional practices alone outside the Sacrament of his Mercy. But when the future John Paul II became Archbishop of Krakow, he had his former teacher and doctoral dissertation adviser, Fr. Ignacy Rozycki, examine her writings dogmatically in order to show their consistency with Church teaching and eventually lead to her total rehabilitation.

When he was elected the successor of St. Peter, John Paul II framed his entire Pontificate within the scope of God’s mercy. In 1981, he said, “Right from the beginning of my ministry in St. Peter’s See in Rome, I consider this message [of Divine Mercy] my special task.” In 1997, he added, “The Message of Divine Mercy has always been near and dear to me. … This was also my personal experience, which I took with me to the See of Peter and which in a sense forms the image of this Pontificate.” In August 1992, he solemnly entrusted the world to Divine Mercy “with the burning desire that the message of God’s merciful love … be made known to all peoples of the earth.”

He would declare in 1997, “There is nothing that man needs more than Divine mercy,” and in his second encyclical, “God is Rich in Mercy,” he would write, “The Church must bear witness to the mercy of God revealed in Christ … seeking to introduce it and to make it incarnate in the lives both of her faithful and as far as possible in the lives of all people of good will … [and] to call upon the mercy of God, imploring it in the face of all the manifestations of physical and moral evil.”

In 1993 he beatified Sister Faustina and seven years later he canonized her, solemnly declaring the Second Sunday of Easter to be Divine Mercy Sunday.

Because of his devotion to proclaiming the Gospel of God’s Merciful Love, it’s fitting that God called him home on the Vigil of the Feast of Divine Mercy in 2005, that he was beatified on Divine Mercy Sunday in 2011 and now will be canonized on that same feast.

Lastly, mercy has been the fundamental theme in the first 13 months of the papacy of Pope Francis. When he was asked if he would accept the papacy, he showed his own personal trust in God’s mercy, responding, “I am a sinner, but I trust in the mercy and infinite patience of Our Lord Jesus Christ.” Mercy is the fundamental story of his vocation, receiving his priestly calling totally as a surprise while he was confessing as a 16 year-old. His papal motto, “Miserando atque Eligendo,” emphasizes that in his life and in every life, God calls us in the very same act with which he embraces us in his mercy.

He’s praised John Paul II for grasping, with the help of St. Faustina, that our time is a “kairos” or propitious occasion of mercy. He said last September that the “whole Gospel, all of Christianity,” is contained in the joy God has in forgiving us, and that “mercy is the true force that can save man and the world.”

As Francis canonizes John and John Paul on Sunday, the real story will not be the personality and achievements of these three holy popes who will seem to be the central figures but the mercy of God that they received, rejoiced in and never ceased to offer and proclaim to the Church and the world.

Editor’s Note: Reprinted with permission of the author from CatholicPreaching.com; originally published in The Anchor, the weekly newspaper of the Diocese of Fall River. 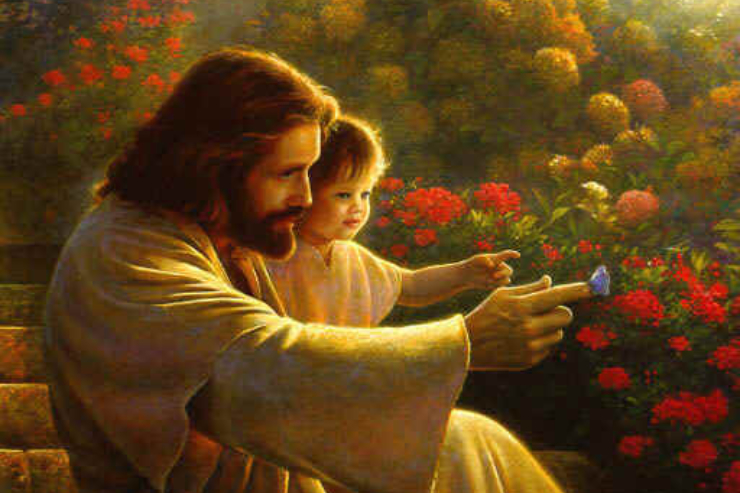 A World of Wonder