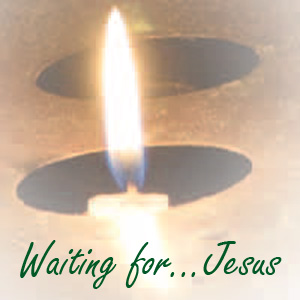 “There is in every human heart, be it the heart of a man or a woman, an empty cradle, waiting for the birth of Christ to fill it.” On the First Sunday in Advent, all over the world – in Los Angeles, in Rome, in Tibet – wherever Christian’s gather, in cathedrals and around kitchen tables, a single candle will be lit – the first candle of the Advent wreath. That single candle pierces the darkness. Hope is enkindled. Once again, as every year, the whole world waits.

In the Old Testament, we see that the prophet Isaiah waited. As he waited, he expressed Israel’s hope for the Messiah, announced there would be a birth of Emmanuel, ‘God-with-us’, and spoke about God’s preparation and humanity’s longing.

In the New Testament, John the Baptist waited. As he waited, he announced that the coming of the Messiah was near, called the people to prepare for Christ’s coming with baptism and conversion, and came before Christ as His precursor.

Mary, who accepted the invitation to become Mother of the Messiah, waited for His birth. She was not asked to do anything herself but to let something be done to her. She was not asked to renounce anything but to receive an incredible gift. She was not asked to lead a special kind of life, to retire to the temple or claim special privileges. She was simply to remain in the world, to go forward with her marriage to Joseph, and to live the life of an artisan’s wife.

The whole thing was to happen secretly. There was to be no announcement. The Psalmist had hymned Christ’s coming on harps of gold. The prophets had foretold it with burning tongues. But now the loudest telling of His presence on earth was to be the heartbeat within the heartbeat of a child.

The one thing that God did ask of Mary was the gift of her humanity. God asked her to give Him her body and soul unconditionally and to give Him her daily life. Outwardly, her life would not differ from the life she would have led if she had not been chosen to be the bride of the Spirit and the Mother of God. During Advent, Christ rested in Mary, still, silent, helpless, and utterly dependent. The Creator trusted himself to His creature. He trusted to her what was most important to Him – the expression of His love of His Father. He was mute; her voice was His voice. He was still; her footsteps were His journeys. He was blind; her eyes were His seeing. His hands were folded; her hands did the work of His hands. His life was her life. His heartbeat was the beating of her heart.

This was how Christ came in history. It is the same today as He comes to each one of us. For as surely as He rested in Mary – so He rests in you and in me. From the moment when the Christ-life is conceived in us, our life is intended for one thing – the expression of His love, His love for God and for the world. Our words are to be the words that He wants to speak. We must go to wherever He wants to go, and we must look at whatever He wants to see. Our life must be the living of His life, our loves the very loving of His heart.

The same thing occurs when, allowing the infant Christ to rest in us, we wait patiently on His own timing of His growth in us and give Him just what He asks – the extremely simple things that are ourselves – our hands and feet, our eyes and ears, our words, our thought, our love.

Not only does He grow in us, but we are formed into Him.

It certainly seemed that God wanted to give the world the impression that it is ordinary for Him to be born of a human creature. It’s true. God did mean it to be the ordinary thing, for it is His will that Christ shall be born in every human person’s life and not, as a rule, through extraordinary things, but through the ordinary daily life and the human love that people give to one another.

We are not asked to do more than the Mother of God – surrender all that we are, as we are — to the Spirit of Love in order that our lives may bear Christ into the world. That is what we, also, shall be asked.

There is in every human heart, be it the heart of a man or a woman, an empty cradle, waiting for the birth of Christ to fill it. Those who have Him, those in whom He is born again day after day, have just this one work to do, to show the others that what they want, what they long for, is Christ. To learn more about the Carmelite Sisters of the Most Sacred Heart of Los Angeles, read their biography in the right sidebar and visit their website.

They publish a beautiful print magazine, Spirit of Carmel, and we encourage you to support the work of the sisters with your prayers and through donations and subscriptions to the Spirit of Carmel.

If you are able to help them, please click on the image of their magazine to visit their subscription and donation page. 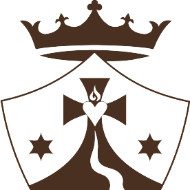 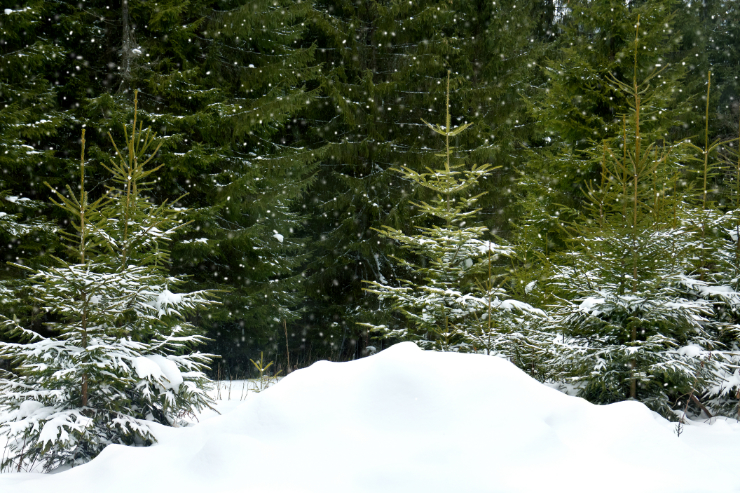 All Souls Day and Prayers for the Dead