To Yoga or not to Yoga? 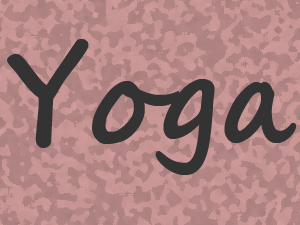 I consider myself flexible.  But if you are talking about physical flexibility and the ability to cross my legs and the wrap them around my head, well, that’s not going to happen!

Yoga is not my sport. But my aversion to it is not a matter of disdain for the lean and limber who stretch into unnatural poses.  Stretching is legitimately good for the body. Yoga, however, is more complicated than physical fitness.

My first introduction to yoga came when I was in high school living in Dearborn, Michigan. My friend Denise and I took an evening class at a local public school.  We went to the Catholic school and were looking for something adventurous to do while we scanned the list of community education classes. Denise’s mother nixed the belly dancing class (bless her) so yoga it was.  We did a lot of harmless balancing and stretching such as “The Tree” in which we stood one-legged with the foot from the other leg pressed on the opposing inner thigh while holding our arms outstretched.  We wobbled and struggled to stay upright and felt very un-tree-like.

One day, the instructor brought in a picture book of yogis in advanced poses.  Good heavens, I’ve bet you’ve never seen the likes of such contortions outside of a circus—and even then…  The various Gumby-like yogis looked bizarre; bending and twisting in ways I never imagined possible.

Now, fast-forward thirty-some years. I’ve grown in knowledge and experience and have ten kids.  Where once my faith was shallow, it now goes to the core.  And I’ve learned some things about yoga along the way.  Many years ago I read a book by a Christian and former new ager previously considered an authority on spiritual power though crystals. Once converted, he warned of the danger and actual demonic influences in new age practices, which had become clear to him after a difficult but major awakening to Christianity.  This man had personally explored a number of new age practices in depth, including yoga.  He had attended a special center for Yoga in California and reached a high level. The author claimed that at the upper levels, practitioners are actually inviting the serpent into their bodies during advanced relaxation poses and meditations. Hint:  the serpent is not God.

Not one to spread rumors that cannot be verified, I went to the Internet and put in the words Yoga and Serpent.  Lots of entries popped up.  Some of it was Christian-based warning against yoga.  If you are a yoga enthusiast, you could easily brush these sites aside as fanatical.  But you can’t brush aside the fact that actual yoga sites, announce the power of the serpent as part of the attraction. Here is an excerpt from one of many sites:

As a Christian, this should shout out… False god! One book on yoga sold through Amazon is even called The Serpent Power.

On “The Lighthouse” website, self-described as a Christian Bible Based Cult Awareness Center, people are warned that Yoga is not in harmony with Christianity:

“Yoga, in the Indo-European language, the ancestor of English, Latin, Greek, Sanskrit and many others, had a root meaning ‘to join,’ according to Webster’s Dictionary of Word Origins. In the English word, borrowed from Sanskrit, yoga means literally ‘union’ (with deity), and is used specifically to refer to a program of spiritual discipline to attain this union. Christian understanding is that the goal of uniting with an alternate spirituality to God is to be united with a demonic being.

“Harper’s Encyclopedia of Mystical & Paranormal Experience by Rosemary Ellen Guiley, describes yoga as “Various systems of spiritual discipline and liberation from the senses.” This is an interesting way of saying that yoga is designed to separate one from their mental faculties by creating an altered state of consciousness….

“In Asia, Yoga is also found in Buddhism, Confucianism, Taoism, and Bon (the early religion of Tibet) and has evolved into different systems, but all share the common goal of “union with the Absolute,” or divine, and are spiritual practices inseparable from the Eastern mystical religions that spawned them.

“To the Christian, the greatest danger is the spiritual idolatry, before God, in engaging in practices devised thousands of years ago by pagan experts or “adepts,” to become “united” with spiritual deity, they believed to be the ‘Absolute,’ or ‘Ultimate Reality,’ but which the Bible calls ‘fallen angels’ or demons.”

Is yoga rooted in the demonic?  Some say yes, while others say it’s merely an Eastern religion.   To make the demonic connection automatically puts the naysayer in the light of fanatic.  But even if it’s nothing more than an ancient religion, how should Catholics view it?  Is it harmless physical exercise when just the stretching is used?

There is another, very surprising aspect behind those stretches. Yoga’s historical roots as a sex cult was reported in an article in New York Times this year.

Reporting on a sexual scandal of a well-known leader in yoga, the Times reported that the frequent scandals common among yoga devotees should come as no surprise.

“Yoga teachers and how-to books seldom mention that the discipline began as a sex cult – an omission that leaves many practitioners open to libidinal surprise.

Hatha yoga – the parent of the styles now practiced around the globe – began as a branch of Tantra. In medieval India, Tantra devotees sought to fuse the male and female aspects of the cosmos into a blissful state of consciousness.

The rites of Tantric cults, while often steeped in symbolism, could also include group and individual sex.”

Yoga is offered far and wide from gyms to schools and church activities.  Isn’t it going overboard and becoming a troublemaker if we object to the practice of Yoga?   But even in a yoga class where you evaluate it as mere stretching and balancing, are you astute enough to understand any and all terms that might be thrown out there in languages you don’t understand?

Looking at an excerpt from The Power of the Serpent, it’s easy to see that you could unwittingly participate in a class without understanding what is really taking place.   Do you know what it means to pierce the Six Centres or regions (cakra) or Lotuses (padma) of the body?  I don’t, but based on what I know, I think we should abstain. Here is an excerpt from the book:

“The power is the Goddess (Devi) Dundalini, or that which is coiled; for Her form is that of a coiled and sleeping serpent in the lowest bodily center at the base of the spinal column until by the means described She is aroused in that Yoga which is named after Her. Kundalini is the Divine Cosmic Energies in bodies…”

Does it strike you as odd that the author capitalizes pronouns “she” and “her” when referring to this serpent?  A footnote on the page explains, “Devi is Bhujagi, or the Serpent.”  So if your yoga instructor mentions Bhujagi during class, will you recognize the serpent being called on? Many people like exotic, exciting things.  Different languages and cultures are interesting but yoga is not like a trip to a Chinese restaurant.

In Fr. Mitch Pacwa’s book, Catholics and the New Age, he describes Yoga as the general category of various kinds of Hindu disciplines meant to unite a person with the divine. He states: “Yoga can refer to physical (hatha) mental (raja) sexual (tantra) or other discipline to achieve enlightenment.” Fr. Pacwa’s book was written to alert Catholics of new age influences that hamper Catholic practices and traditions. It is highly regarded and is cited in the magisterial document Jesus Christ Bearer of the Water of Life: A Christian Reflection on the “New Age”.

On the Catholic Answers website, a mother wrote wondering what her response should be to Yoga being practiced at her daughter’s Catholic elementary school during religion class.  Here was their response:

“Particular physical exercises that are common to yoga and that help improve one’s health are perfectly fine. The problem is when a Christian participates in non-Christian Eastern spirituality. If your church is sponsoring an exercise class, it should call it simply an exercise class and omit confusing and possibly scandalous terminology such as yoga. If the church is sponsoring classes in non-Christian Eastern spirituality that is a serious problem that should be discussed with the pastor.”

My kids have been to a Catholic vacation Bible school that had yoga.  My high schoolers were in sports that had a class in yoga as part of their conditioning. (It’s not a part of the program any more, thanks to solid, Catholic influences.) I figured it was just the exercise part of yoga – no religion involved.  Since they were not rising to the upper levels, I did not imagine their stretches were anything more than harmless exercise.

But recently I reconsidered this issue. In the future, I plan to gently but firmly protest such practices.  I don’t like being a thorn in the side to anyone. However, I am willing to be a thorn for the One who wore a crown of thorns for us.

Yoga is an ancient pagan religion.  There are many parts to it such as stretching and meditation but they are all connected.  Therefore, even if we don’t consider the serpent, why is it okay to take a part of a pagan religion and sponsor it and even force participation of it in schools and sports?  My contention is that even in a public school, forced participation falls under the definition of pushing and proselytizing children into a religion. Certainly in a Catholic school, a pagan religion – even a part of it – should not be required.

“For crying out loud,” the reply may be, “we’re just talking about some simple stretches and relaxed breathing techniques.”  Well, fine.  Then why not simply have stretching exercises?  Yoga is a religion with different parts and levels to it.  The stretching and meditation is just a part of it. I am raising my kids Catholic.  They can learn about other religions, but practicing it goes beyond learning.

As Catholics, we should not be put on the defensive if we don’t want our children participating in an Eastern religion.

Patti Maguire Armstrong is a speaker, Catholic author of nine books and winner of the 2011 About.com “Reader’s Choice Award”.

Of Wine and Roses and Everyday Living 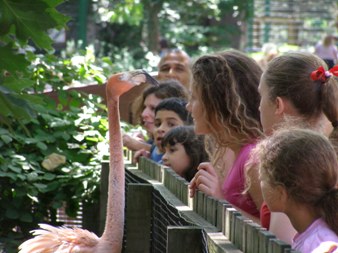 Teaching Our Kids to Handle Adversity