These are America’s Heroes?

Every four years, the world gathers to celebrate the joy of the Olympics. For 16 days, the world pauses. We all feel great pride for our home countries and cheer them on to Olympic Gold. We put these athletes up on pedestals – literally and figuratively – as we watch them break records and achieve feats we could only dream of.

They are real-life heroes to the next generation. Kids wear their T-shirts proudly sporting their favorite athlete’s name and set their clocks to the next competition. The Olympics continue to break viewing records.

But behind the cameras in the Olympic Village, these athletes are anything but heroes. In fact, far from it. I’ve been reading a lot about the culture in the Village. It’s the safe haven for these athletes. No cameras… no press… only other athletes and their coaches. And behind the walls of privacy, they show their true colors – and it’s not worth Olympic Gold.

I first learned about the real culture in the Village from a New York Post story that appeared online July 8th. “Let the games – and the wild, drunken sex and debauchery – begin!” says the lede in the New York Post story. I was shocked, but shrugged it off as immaturity. Perhaps in itself, a sign of our culture.

Based on their behaviors, our Olympians should also be looking for heroes. Comic-hero Spiderman (Peter Parker) had a family that instilled good moral authority in him. Uncle Ben, right before his death, told Peter, “With great power there must also come – great responsibility.” Our Olympic “heroes” need some of that attitude right now.

I thought about this story a few times since I read it, but didn’t dedicate much time to it until I came across a piece published this week both online and in ESPN: The Magazine. The word irresponsible doesn’t really even cover the acts athletes admitted to committing in previous Olympic appearances: drunkenness and sex with multiple partners (sometimes in public places such as hallways and airplanes).

The athletes objectify each other by lowering their humanity to simply how hot they are and if they can sleep with them. They run around with few clothes on, showing off their chiseled bodies, allowing themselves to be objectified. Where is the virtue of modesty? It doesn’t exist inside the walls of the Olympic Village.

The International Olympic Committee stops short of outwardly condoning the behavior … and by their refusal to condemn it, they condone it. No matter how hard they try to backpedal, they are allowing such immorality to exist. They even provide the condoms, which to me, is simply an endorsement of such behavior.

WHAT? A standing order of 100,000 condoms per Olympics? Just how much sex are these people having? It’s appalling. And what really got to me is how brazen they all were in their admittal of partying and sleeping around.

American swimming superstar Ryan Lochte boldly proclaimed having a girlfriend for his last Olympics was a “big mistake” and “Now I’m single, so London should be really good. I’m excited.”

Based on that quote, kids should continue to look to fiction superheroes before these real-life so-called heroes. Batman says, “It’s not who I am underneath, but what I *do* that defines me.” So Ryan Lochte wants to give shoutouts to the kids in the lower income program he swims with? Great. But then he goes and acts like this and it makes him look like a jerk. Shame on you, Ryan.

As I read deeper into the article, I was floored. These athletes are celebrating their poor decisions and debauchery. These are my contemporaries who are supposed to be “heroes” to younger generations? Shameful. I’m ashamed of my co-heirs. We have been handed the keys to the world and this is how we behave?

I understand many of them are suffering from loneliness – a plague of our entire generation I fear – and they are searching for answers through sex. If only we could teach them all about Blessed Pope John Paul II’s “Theology of the Body.” If ever a group of people needed it …

However, there are a couple diamonds in the rough. American track and field athlete Lolo Jones is a 29-year-old virgin who is trying to find her prince charming. She recently appeared on HBO’s “Real Sports with Bryant Gumbel” where she talked about the struggle to remain a virgin and how difficult it is to find a quality man who understands why she has made this choice. Joining her is American Archer Jennifer Nichols, 28, who recently revealed that she is still a virgin and saved her first kiss for her fiancé, whom she is to marry this fall. I still have a little hope for my generation.

But considering the number of American Olympic athletes, it is still appalling that only two have come forward to condemn their peers’ behaviors. I hope both of these women win Olympic Gold.

Instead of looking to these Olympics athletes, we should teach our children to see the good in Batman and Spiderman … but most in all in the world’s greatest hero, Jesus Christ.

Jesus taught Peter about the battles of being a powerful person with much influence through a parable found in Luke’s Gospel. Here Jesus says, “Much will be required of the person entrusted with much, and still more will be demanded of the person entrusted with more.” These athletes are given the world – great power in influence and they squander it with immoral behavior unbecoming of a true hero.

My heart weeps for America if these people are the best we have. America and the world deserve better heroes.

Sarah Vabulas, affectionately known as "Vabs," was born and raised in the Atlanta area. She left her southern roots to pursue her collegiate endeavors at Saint Mary's College at Notre Dame where she majored in communication studies and religious studies. While at school, she worked for the Notre Dame daily student newspaper, where she ran the Opinion section for three years while also serving as Assistant Managing Editor. She spent one summer interning at The Washington Times writing editorials, serving as Letters Editor and showing her that she too, could run for public office one day.

After graduating, she worked for a Congressman in the United States House of Representatives for 3 years before finally realizing she could turn her social media addiction into a paying career. She works in social media as an account manager and trainer.

Sarah is a beer connoisseur who is also a Catholic geek who has somehow managed to fool many into thinking she's "cool" with her social media presence as the "Catholic Drinkie" where she blogs about living as a faithful young adult Catholic and her passion for a good beer. She also loves Notre Dame football, the Atlanta Braves, New York City, traveling, running long distances, 80s music, her Wayfarers & Members Only jacket.

She dreams of one day having a beer with the Pope or Cardinal Timothy Dolan. She's the Spiritual Coordinator for the 20/30 Somethings group at her parish, the Cathedral of Christ the King in Atlanta. 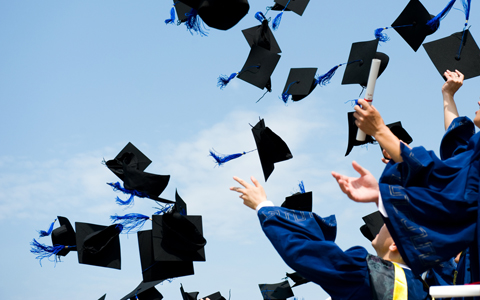 The Nest Begins to Empty