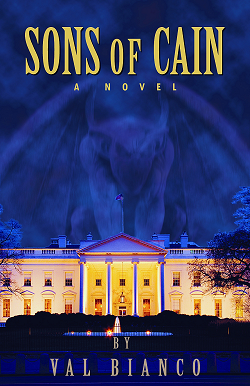 When I asked my political science and history buff, numerical mechanics expert, Special Ops retired military officer husband to recommend his favorite author so I could read it, I was asking as a wifely efforts to show love, to get to know him better. He answered, “Tom Clancy,” and handed me Debt of Honor and Executive Orders, an overwhelming 2,500 page paperback brick stack.

I was committed, so I read Tom Clancy’s masterpiece tale, and my hesitation turned to enthusiasm. The technical world of national warfare, really the pitting of good and bad individual leaders against each other, was fascinating and caused me to rethink the meaning of pacifism. Through the characters, I developed an appreciation for the courage and humility required of good leaders. Tom Clancy is a master at teaching through storytelling because his novels are exhaustively researched, reality-based fiction. The two-part story (only part of a bigger series) centers around a terrorist attack in which a hijacked Boeing 747 is flown directly into the U.S. Capitol during a joint session of Congress, decapitating the government. It is interesting to note that the books were published four and six years before September 11, 2001. Many people wondered about the prophetic nature of the book because it turned out to be more real than anyone anticipated. Tom Clancy understands the mentality of his characters, deeply.

Reading Val Bianco’s novel, Sons of Cain, brought back those memories because his book is similar, except Mr. Bianco brings a spiritual fullness to his work that makes it eternally pertinent. It is not nearly as tedious as working through a Clancy military novel, but the progression of the story ushers the reader into a life-changing experience, beckoning a more thoughtful dive into current world events and what goes on the minds of those who cause them. It makes spiritual warfare tangible and present, yet with an inspiring catechetical quality. I no longer wonder how to think of angels and demons, and I can almost see the “spiritual space” in the battle of good and evil when I consider how and why certain events happen the way they do. Are there large and terrible demons with their claws dug deeply in the heads and abdomens of men, preying on their minds and souls, coercing them to malice and perceived power, even as it makes them feel sick? It would seem so.

The book begins with the story of Pope Leo XIII’s vision of St. Michael and explains the prophetic nature of that vision. By the end of the book, the reader will better understand the nature of spiritual warfare and how we are all called to battle it in whatever way God arms us to do so. And these battles go before and beyond our lifetimes.

“It happened in his soul moments before it registered to his senses. Panic seized him as deep in his spine he felt, more than heard, the rumbling guttural roar begin with the power of a hundred locomotives. Mind reeling, Leo thought that he might be dying and for the first time in his long life The Pope was suddenly petrified beyond prayer. He was faintly aware of an aide calling him as his sight faded completely. He slipped into unconsciousness, and then… it began.”

Sons of Cain may be full of research and insight, but Mr. Bianco’s writing style could be compared to John Grisham’s for his ability to capture the reader and pull him into the story so that he forgets he is reading and instead wonders later if he were really there. I’d be remiss to omit that in a sense, this book is like the Left Behind Series (yes, my husband and I both read the whole thing) because of the apocalyptic content, but sans the over-imaginative biblical interpretation that evokes a guarded caution in the reader; that is to say, Sons of Cain is much more believable. It’s a story that could happen and the fictional characters are woven into a political tale that is perhaps more believable than the reader may want to admit, for the same reason Clancy’s story was. It’s well researched, and eerily – entirely plausible.

That’s the power of this novel, a power that kept me awake at night as it all settled into my soul. The boxing priest, the valiant Special Ops modern-day yet ever-ancient knight, the endearing and redeemed maiden drawn back to the faith of her childhood, the regal Spanish monk with the black Andalusian and a past, the evil imperious leaders who shrink in the face of their own choices, the demonic spirits and the herioic angels – each demand the reader’s attention. You’ll know them by the end, and, as with any great novel, you’ll miss some of them when you close the covers.

“Yet now they delicately cradled what he believed to be the living Body of Christ. She was stricken by the paradox. In many ways, this priest was a modern statement of Renaissance manhood, a Christ-like balance of strength, loyalty and purity of Faith. She recalled the authority in his voice as he commanded the thug to ‘be gone from this Holy Place’. Watching him now, she understood that he had been protecting this bread and wine as much as he was her. How ironic, she thought, that a man bereft of women could represent his gender with such astute dignity and perfect clarity.”

Were I to compare Val Bianco’s Sons of Cain to Dan Brown’s Da Vinci Code, I could only say that while both manage a gripping narrative, only the former sets forth no misrepresentation of Holy Mother Church – and for that it is a masterpiece. It is a necessary read, for it is conceivable that this tale is as prophetic as Clancy’s was, except that this one also prepares you for the spiritual battles that may lay ahead not only with a clarity about why they need to be fought, but also with a confidence in the peace that comes by trusting in the infinite mercy and justice of God. And in addition to all of that, Val Bianco is gifted with the ability to turn a phrase.

“To “belong” is the grand addiction of the privileged; a lust which cannot be sated by mere fame, power or women. Men, beyond wealthy, who have spent a lifetime chasing that name dropping, blue-blooded genie that they’d christened “Success” weren’t about to forfeit it over a silly little fireside show. So this was the opiate, this was their last high. Do you have what it takes to be one of us? Do you get it? Is joining us important enough that you are willing to suspend your common sense, your manhood and your faith, in order to accept that what we are is more important, more worthy than all that you have been until now? Have you arrived? Are you one of us, enough to be called…Bohemian?”

The book is available at Amazon, in hard copy and in Kindle format. Also be sure to visit the website to learn more about what is real in the book. This would be a perfect summer reading gift… to yourself! 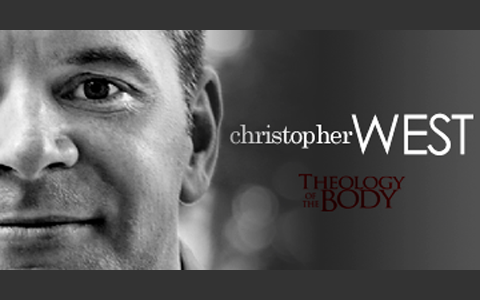 On Your Road to Success, Don’t Forget… The Catholic Briefcase (Book Review)