What Do You Want From Life? 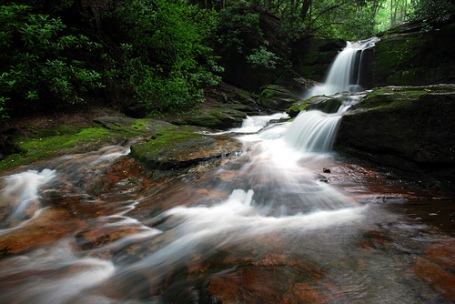 “What do you want from life?” has become a regular part of my dialogue with friends, colleagues, loved ones, and strangers on planes. I ask it as a tool to help me to understand others, and I ask it to further understand myself..

For the most part, the answers people tend to give are vague and general, not at all thought out. Most people seem surprised by the question. I have been accused of being too deep on a number of occasions, and only very rarely does someone say, “I want these things… for these reasons… and this is how I intend to achieve them…”

Without exception, these are the people who are living life passionately and enthusiastically. They very rarely complain, they ­don’t talk negatively about others, and you never hear them refer to happiness as some future event linked to retirement, marriage, a promotion, or some unexpected windfall of money.

So, what do they have that most people ­don’t? They know what they want. Do you know what you want?

Most people can tell you exactly what they ­don’t want, but very few have the same clarity about what they do want.

If you ­don’t know what you want from life, everything will appear either as an obstacle or as a burden. But one of the great lessons of history is that the whole world gets out of the way for people who know what they want or where they are going. Be assured, if you ­don’t know where you are going, you are lost.

Tiger Woods was three years old when he shot 48 for nine holes on his hometown golf course in Cypress, California.

Mozart was eight years old when he wrote his first symphony.

Charles Dickens was twelve years old when he quit school to work in a factory, pasting labels on bottles of shoe polish, because his father had been imprisoned for debt.

Anne Frank was thirteen years old when she began her diary.

Ralph Waldo Emerson was fourteen years old when he enrolled at Harvard.

Paul McCartney was fifteen years old when John Lennon invited him to join a band.

Bill Gates was nineteen years old when he cofounded Microsoft.

Plato was twenty years old when he became a student of Socrates.

Henry David Thoreau was twenty-­seven years old when he moved to the shore of Walden Pond, built a house, planted a garden, and began a two-­year experiment in simplicity and self-­reliance.

Ralph Lauren was twenty-­nine years old when he created Polo.

William Shakespeare was thirty-­one years old when he wrote Romeo and Juliet.

Bill Gates was thirty-­one years old when he became a billionaire.

Thomas Jefferson was thirty-­three years old when he wrote the Declaration of Independence.

Coco Chanel was thirty-­eight years old when she introduced her perfume Chanel No. 5.

Mother Teresa was forty years old when she founded the Missionaries of Charity.

Jack Nicklaus was forty-­six years old when he shot 65 in the final round, and 30 on the back nine, to win the Masters.

Ray Kroc was a fifty-­two-­year-­old milkshake machine salesman when he bought out Mac and Dick McDonald and officially started McDonald’s.

Pablo Picasso was fifty-­five years old when he painted Guernica.

Oscar Hammerstein II was sixty-­four years old when he wrote the lyrics for The Sound of Music.

Nelson Mandela was seventy-­one years old when he was released from a South African prison. Four years later he was elected president of South Africa.

Michelangelo was seventy-­two years old when he designed the dome of St. ­Peter’s Basilica in Rome.

Auguste Rodin was seventy-­six years old when he finally married Rose Beuret, whom he met when he was twenty-­three.

Frank Lloyd Wright was ninety-one years old when he completed his work on the Guggenheim Museum.

Dimitrion Yordanidis was ninety-­eight years old when he ran a marathon in seven hours and thirty-­three minutes, in Athens, Greece.

Ichijirou Araya was one hundred years old when he climbed Mount Fuji.

Whether you are sixteen or sixty, the rest of your life is ahead of you. You cannot change one moment of your past, but you can change your whole future. Now is your time.

This article is adapted with permission from Matthew Kelly’s book, The Rhythm of Life.  Get your FREE copy of Rediscovering Catholicism at www.DynamicCatholic.com.

Matthew Kelly was born in Sydney, Australia, where he began speaking and writing in 1993. Since that time he has travelled in more than fifty countries and spoken to over four million people. He has written twelve books which have appeared on the New York Times, Wall Street Journal, and USA Today bestseller lists and have been published in twenty-five languages. His titles include: The Rhythm of Life, The Seven Levels of Intimacy, The Dream Manager, and Building Better Families. In addition to his efforts to help individuals become the-best-version-of-themselves, Kelly is also a partner at Floyd Consulting, a Chicago based management consulting firm. His clients include: Pepsi, Proctor and Gamble, the Department of Defense, McDonalds, USBank, 3M, Ernst & Young, HSBC, the U.S Navy, the U.S. Air Force, and more than 35 other Fortune 500 companies. His core message, regardless of whether he is speaking in a business, a school or at a Church, invites listeners to become the-best-version-of-themselves. Kelly convincingly communicates this message as God's desire for each of us. And he insists that it is also the desire of parents for their children, husbands and wives for each other, CEOs for their companies and employees, pastors for their communities and members, and managers for those they lead and instruct.

The Real Lesson from Martha