A Simple “Yes” Makes All the Difference 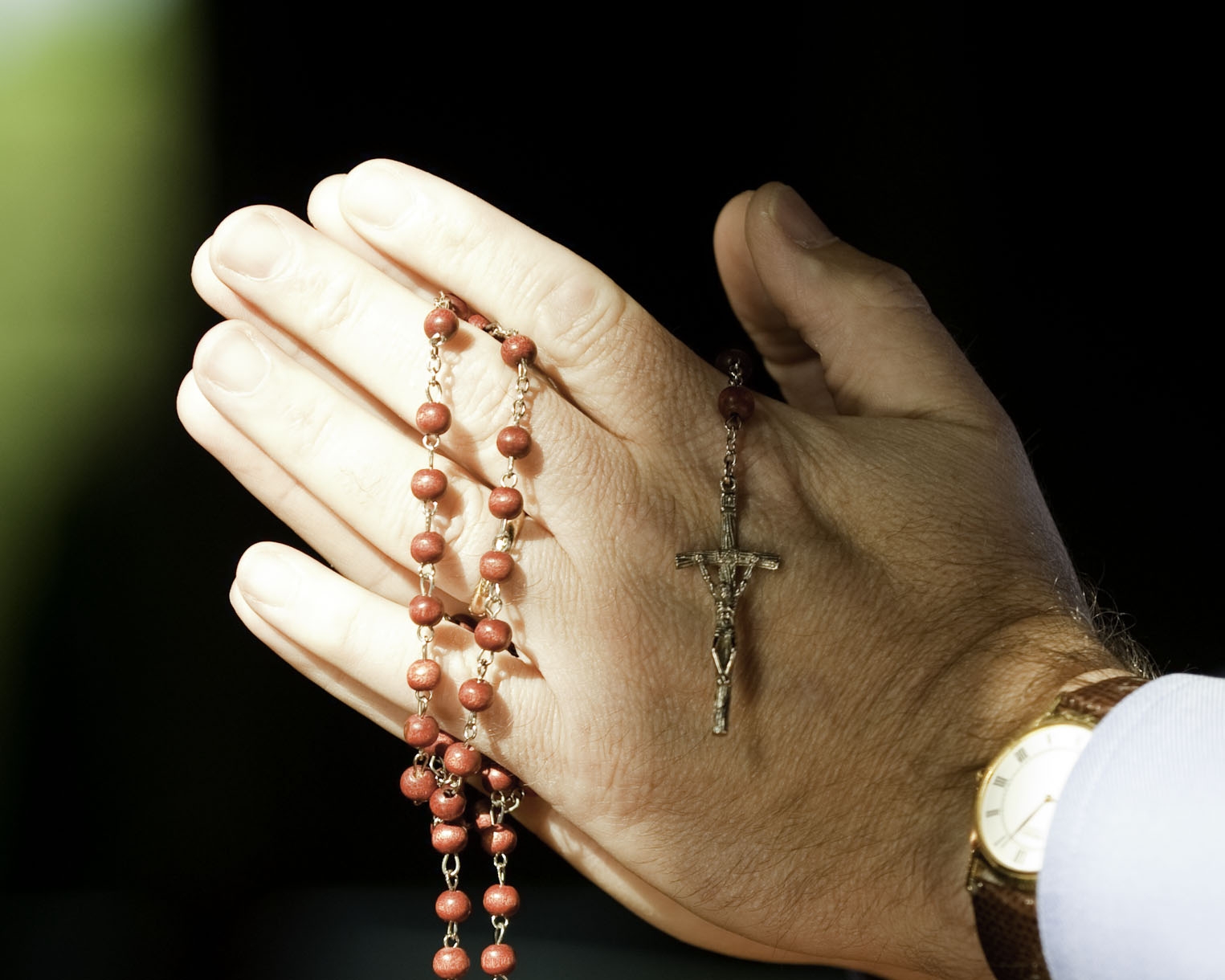 Recently, an old college friend I had not seen in years asked me an interesting question:

“How did you make such a profound change in your life?”

This person, who knew me 20+ years ago from our wild days at the University of Georgia, wondered how I could have gone from a carefree, hedonistic lifestyle with an aversion to any kind of faith to the father, husband, business person and practicing Catholic I am working hard to become.  Before I share with you how I answered this question, I want to tell you a brief story.

I grew up as a Southern Baptist, the fortunate son of wonderful parents who provided a loving home and good examples to follow.  As many teens do, I experienced a rebellious phase around age 16 and made the decision that I would no longer attend church.  I felt uncomfortable and unfulfilled there and knew I didn’t belong. My parents were hurt, but they had raised me to think for myself and allowed me to stop attending, although there were frequent discussions and a lot of prayers offered up for me.  I left our small town and went off to the University of Georgia at 18 ready to pursue my life free of parental influence and unfortunately, God’s influence as well.  These were the ugly early years of my journey into the “spiritual wilderness,” which lasted over two decades.

I graduated from college and threw myself into my career, working long hours and determined to rise to the top of my organization.  The hard work and single-minded focus paid off as I was promoted frequently and was fortunate to have significant responsibility at a young age.  The downside to this period of my life is that work was all I had in my life.  I had little time for friends, dated infrequently and had abandoned my faith and left a relationship with God behind years before.  I had all that I thought I wanted out of life… and yet I was still unhappy and alone.

I was blessed to meet and fall in love with my wife in my late twenties and within a few years our first son was born.  As many couples do when kids arrive, we began discussing a desire to find a church home, but always found reasons to put it off.   Our first born was diagnosed with autism at 27 months, which was a traumatizing experience for us, but we quickly threw ourselves into his care and are grateful for the blessings he has brought into our lives.  The years passed, another son was born and I was enjoying a successful career with a great family.  Despite my well thought out plans, a loving family and success at work, I knew something was missing and I could not put my finger on it.

In 2005, because of my older son’s autism, we moved to be closer to his private school and the various therapists he worked with each month.  While driving around one day in this new area, my wife stumbled upon St. Peter Chanel parish.  Seeing the church reminded my wife of her early childhood in New York where she was baptized in the Catholic Church, but never confirmed despite being surrounded by a large family of Italian Catholic relatives.  She knew that her family and other friends had been praying for us to join the Church and brought this up with me when she returned home.  I was wary, but agreed to investigate and began to study everything I could about Catholicism.  I connected the dots intellectually and felt drawn to the obvious truth of the faith, but was struggling to make a deeper connection after a few months of study and meetings with the parish priests.  I was holding back and unwilling to fully commit for reasons I could not fathom.  Despite a few nagging concerns I had, we decided that our family would join the Church at the end of that summer.  God was leading us towards the True Faith, but we didn’t realize it at the time.

In the second Mass I ever attended in October that year, shortly after my wife and I made the decision to join the Catholic Church, I went through a powerful personal conversion.  I was trembling, sweating, nervous and felt weak at the beginning of the Mass.  My family thought I was having a heart attack!  This strange feeling lasted for about 10 minutes until it passed.  What happened in those few precious minutes was life altering for me.  I went into the church that morning feeling lost.  I knew I needed help and that I no longer had the answers.  I remember praying silently to Jesus to lead me and acknowledged that I was no longer in charge.  I was feeling so weak because I had never asked Him for anything before and I didn’t know how to relinquish control.  When I prayed those words, gave up control and sincerely surrendered to His will, I felt a surge of strength and a sense of peace that felt like a wind blowing right through me.  I had given up over 20 years of stubbornness, ego and pride that had been accumulating since I last attended the Baptist church as a teenager in those few precious minutes.

I remember very well what my life was like before surrendering to Christ and putting Him first in my life.  All I had was family and work prior to that point and I was in charge (or so I thought) of my own destiny.  I dealt with life’s challenges as they came and pridefully took the credit when things were going well.  I thought I was being the strong husband and father that my father had been when I was growing up.  I thought I was in control.  But, God had other plans for me and as St. Bernard wrote centuries ago, “He who is his own master is a scholar under a fool.”

Now, I will tell you how I answered my old college friend’s question on the profound change in my life:

“I stopped saying no to Christ and started saying yes.”

I flipped a switch, surrendered control and began to follow His lead.  It was exhausting to go it alone and I needed His help.  Saying “yes” is very liberating.  It has allowed me to follow the teachings of the Church and the Magisterium without question.  I don’t get bogged down in silly debates or practice cafeteria Catholicism.  My full understanding may take a lifetime, but I have chosen to have faith in the Church’s teachings and the Holy Father’s role as our guiding shepherd.  I find myself looking for ways to serve Christ instead of argue with Him.

The power of a simple yes has been the catalyst for me to become a better father, husband and leader.  Christ comes first, followed by family and work is third… and all the pieces click because I stopped trying to be in charge.

What would happen if we all said “yes!” to Jesus, starting right now?  The world would be transformed.

“Few souls understand what God would accomplish in them if they were to abandon themselves unreservedly to Him and if they were to allow His grace to mold them accordingly.” (St. Ignatius of Loyola)

Randy Hain, Senior Editor for The Integrated Catholic Life™, is the author of The Catholic Briefcase: Tools for Integrating Faith and Work which was recently released by Liguori Publications. ”The Catholic Briefcase” is available on Amazon, Barnes & Noble online and your local Catholic bookstore.

Mr. Randy Hain is President of Serviam Partners (www.serviampartners.com) and is a sought-after executive coach and leadership consultant for business leaders and companies all over the country. He actively serves on a number of non-profit boards in the Atlanta community, especially those connected to autism awareness, developing young leaders and integrating faith and work. He is the Senior Editor for the Integrated Catholic Life™, which he co-founded with Deacon Mike Bickerstaff in 2010. Randy is a prolific writer and frequent presenter on a number of topics including faith, family, Catholic men’s issues, autism advocacy, fatherhood, faith/work integration, careers, authenticity, leadership and human capital. Looking for a Catholic Speaker? Check out Randy’s speaker’s page and the rest of the ICL Speaker’s Bureau. His first book, The Catholic Briefcase: Tools for Integrating Faith and Work, was released in late November, 2011 by Liguori Publications. The book provides practical advice on how to integrate the Catholic faith with our work and offers inspiration through the examples of real Catholics in the workplace. The Catholic Briefcase was voted the Best Catholic Book of 2011 in the About.com Reader’s Choice Awards. His second book, Along the Way: Lessons for an Authentic Journey of Faith was released by Liguori Publications in November, 2012. Randy’s third book, Something More: The Professional’s Pursuit of a Meaningful Life, was released by Liguori in February, 2013. His fourth book, LANDED! Proven Job Search Strategies for Today’s Professional, from Serviam Press was released in December 2013. His fifth book, Journey to Heaven: A Road Map for Catholic Men was released by Emmaus Road Publishing on May 12th, 2014. Randy’s sixth book, Joyful Witness: How to Be an Extraordinary Catholic was released by Servant Books in late November 2014. His latest work is Special Children, Blessed Fathers: Encouragement for Fathers of Children with Special Needs (Foreword by Archbishop Charles Chaput of Philadelphia) which was released through Emmaus Road Publishing. His books are available through Amazon.com, Barnes & Noble and local Catholic bookstores. A convert to the Catholic Faith in 2006, Randy and his wife have been married for over 20 years and have two sons. Connect with Randy on: 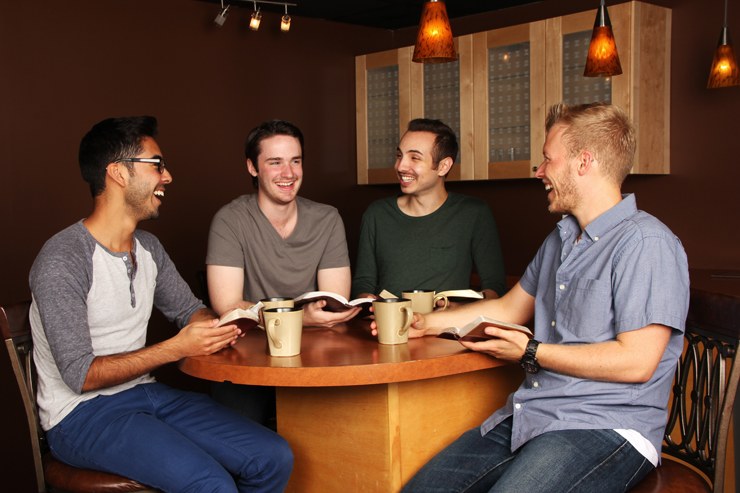 Turning Age into an Asset 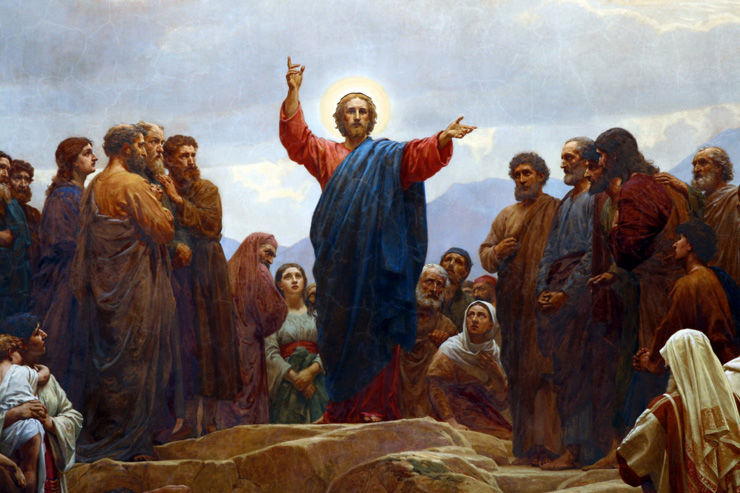 Six Ways to Avoid Being a “Stealth” Catholic

Some Thoughts on Christmas and Easter Catholics