Where is Your Focus, Is it Based in Love? Recently I have been blessed to encounter more and more people with a burning love for God.  They shared stories of giving the Lord their whole heart and soul.  I love to listen to their stories.  Almost everyone tells of God rescuing them from a situation of sin.  These are profound summaries of God’s love for all of us – freeing us from the hopeless bounds of sin via an absolute dose of unconditional love.  In the Dominican vision, it is the reason for the Incarnation.  St. Thomas Aquinas felt that the Incarnation was primarily a response to sin.  It was an unconditional love available completely to all.  God calls us away from sin 24/7!

An Exercise with Love

Scholars have debated for years on the definition of unconditional love. I realize that in our human condition perfect understanding is not possible.  So, I look to Sacred Scripture to find out?   In Corinthians, St Paul says,

I see this blessed reading as a template for living a life totally dedicated to God and totally focused on Our Lord.   It also lets me identify my weaknesses and thus an opportunity for prayer and reconciliation.  I also love to share it with those for whom I am doing Spiritual Direction.

I could do this every day and get different reactions.  For me, this is almost always depends on my attitude.  Where is my focus?  What is my priority right now?  (i.e., am I pompous or inflated about anything?)

The Story of Harry

There once was a man named Harry who came from West Virginia. Harry was blessed with parents who passed on their Catholic faith and ensured Harry received the Sacraments and a good Catholic education.  Harry was an altar boy and always thought of others, like helping around the parish and assisting the elderly and infirm.

Around the time of his senior year in high school, Harry was severely impacted by the modern culture.  Harry decided to shift his interests away from God; away from helping others; away from family in order to focus on totally on himself.  Harry wanted to be the most popular guy in school.  This was not easy.  It took lots of money for cool things like the most hip fashions.  To keep his image Harry needed to have a classy car, too.  Why? So everyone would stop to watch his cool car as Harry drove.  In his mind worked hard at being number one and needed to be sure everyone knew it.   Of course, Harry had the fastest computer and most modern smart phone.  On and on Harry went, doing almost anything to impress others.

A huge quandary developed for Harry.  How could he live this self-focused lifestyle within his meager financial means?  So, Harry began not only to smoke marijuana but also to eventually sell marijuana – he needed money to maintain this habit of being what others called “cool”. Harry’s parents were in pain as they watched this beautiful young man ruin his life.

The pace of destruction increased. Harry moved from marijuana to harder drugs like cocaine, speed and acid.  Using these drugs took a huge toll.  It became more difficult for Harry to maintain his status as a popular guy.  In a short period time, Harry was addicted to heroin, too.  Instead of being cool, he was known by everyone has “a pathetic druggie, loser.”

Series pitiful changes were next.  Harry’s need for drugs became the new center of his life.  Then, Harry was caught stealing a flat screen television to meet his drug habit, for which he received probation.  He was out of control – going from stealing cars to breaking into a liquor store with a gun.  Finally, Harry was arrested and sentenced to 20 years in jail.  Harry’s life was in chaos.

Incarceration was at an absolute bottom.  Harry experienced what St John of the Cross described as The Dark Night of the Soul – a chapter in a person’s spiritual journey, with a discernible sense of loneliness and desolation.

Finally, Harry cried out to God for help and reached out to the Prison Chaplain, Father O’Malley.  He bared his soul to Fr. O’Malley.  Father listened closely to Harry story.  Fr. O’Malley was convinced Harry was a repentant Catholic and he invited him to come home via the Sacrament of Reconciliation.  Finally, Harry felt an inner peace – the first time in years.

Harry returned to Mass and Holy Communion the following Sunday.  He began to attend daily Mass when it was available.   Fr. O’Malley became his spiritual advisor and guided Harry’s return to his family and to the Catholic Community.  After two years of commitment to changing his focus and attitude Harry was finally happy again. Christ was the center of his life again.

Harry had fallen in love with God during this period.  It was most evident in his metanoia (change of heart) as Harry became the servant to other prisoners. Over time, Harry became a Reader; an Extraordinary Minister of Holy Communion and a teacher in the prison RCIA program.  Harry began living the values of love St. Paul wrote about in 1Cor 13:4-8.  He was truly patient, kind and forgiving.   Harry’s focus was actually on serving others for God.

After 6 more years behind bars, Harry’s first parole meeting was scheduled.  With Father O’Malley standing by Harry side all went well.  After serving only eight years of the twenty-year sentence, a new Harry was released with God as the center of his life.

Harry stayed sober and continued to work in the community and his parish.   After deep discernment with Fr. O’Malley, Harry felt called to serve God in a special way as a priest.  After success in the seminary and the reception of the Sacrament of Holy Orders, Harry was now called Father. Harry.

One more thing, when Fr. O’Malley reached retirement age, the bishop assigned Harry as the new Prison Chaplain at the same penitentiary that Harry once called home.  Harry serves there today.

So, regardless of our situation God’s unconditional love will be there for us.  Regardless of the situation, God sees all the Harry’s of the world as His children. Where is your focus today?  Is it on you?  How much of your life have you given over to God?

From a Ministry Perspective:

From a Family Perspective:

Deacon Tom Frankenfield is a Permanent Deacon from the Archdiocese of Omaha who is currently serving the people of Mary Our Queen Parish in Omaha. He is a Spiritual Director, Retreat Master and noted speaker. For fun, he is a storyteller, potter, puppeteer, guitarist and poet. Deacon Tom is married and has three grown children and three amazing grandchildren.

Look Down – The Second Look of Advent 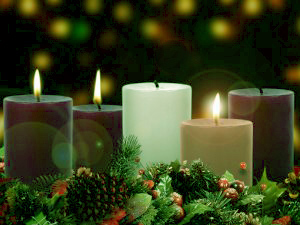 Look Up – The Third Look of Advent 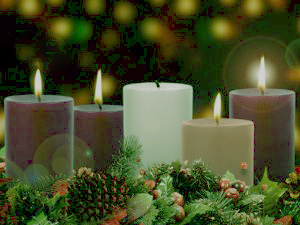 Look In – The Fourth Look of Advent 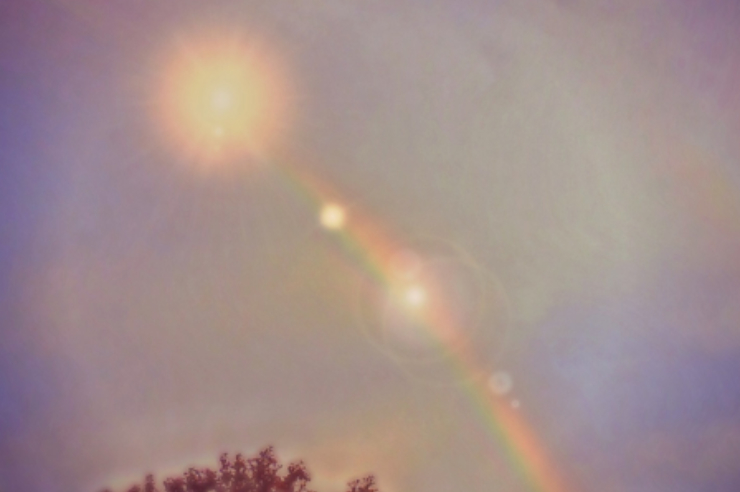