The Lesson of Calcutta

I have been all across the world these past two years, filming for my documentary on Catholicism. With my team, I’ve travelled to Jerusalem, Rome, Madrid, Mexico City, Warsaw, Krakow, Auschwitz, Koln, New York, Philadelphia, Istanbul, Corinth, and Athens. But none of these places had a visceral impact to match that of the city I’ve just visited: Calcutta, India. We had gone there to film in locales associated with the work of Mother Teresa and her sisters, and therefore, we didn’t spend much time in the relatively presentable parts of the city. We went to the slums where, in Mother’s famous phrase, “the poorest of the poor” lived. Here are just some of the images that I trust will stay branded in my mind for the rest of my life: a child of about ten gathering horse manure with his bare hands in order to sell it; people bathing in the river filled with raw sewage; a mentally disturbed woman just outside of the Mother House of the Missionaries of Charity emitting a blood-curdling and other-worldly scream; garbage absolutely everywhere, as though the entire city were a trash heap; people whose only dwelling was the street or sidewalk; beggar children surrounding me and gesturing desperately to their mouths; a man at one of Mother’s hospitals with a goiter on his neck the size of a pumpkin; a Missionary of Charity sister, having just tended to a man bleeding from one of his ears, saying to me, “maggots again.”

When she was still a Loreto nun, Mother Teresa was making her way north of Calcutta by train to Darjeeling for a retreat. While she was riding on that train, she heard a voice inviting her to carry the light of Christ to the darkest places. Upon her return to Calcutta, she commenced the process that led eventually to the founding of the Missionaries of Charity, an order whose purpose would be to respond to that summons. This is the work that is carried on to this day by her sisters, in the meanest streets of Calcutta and in over five hundred establishments around the globe.

On the first day of our filming, we went to the Mother House of the community, the international headquarters of the Missionaries of Charity. I met a number of the sisters and had the privilege of speaking to Mother Prema, the current superior of the order. We visited Mother Teresa’s tiny cell, a room perhaps 12 feet by 12 feet, decorated by a small table and a bed with an impossibly thin mattress. The greatest joy of that day was to celebrate Mass near the tomb of Mother and to see many other pilgrims kneeling by her grave in deep prayer. On the second day, we filmed in a small hospital where the Missionaries of Charity care for children with mental and physical disabilities. When we arrived, the electricity had just gone out and the room was stiflingly hot, since the fans had stopped. Everywhere the sisters and a large team of volunteers milled about, providing medical assistance, speaking to the kids, teaching some of them to sing simple songs, or just holding them. There was one sister, whose name I have forgotten but whose smile I will never forget. She was carrying in her arms a small girl of perhaps a year and half or two years old. The child was blind, her sightless eyes sunken in her head. I asked sister how they had come to care for this girl, and she told me that she had simply been abandoned on the street. “She is my special baby,” the sister said, and then she flashed this absolutely radiant smile, which told me that she had found a deep joy precisely in this hot, crowded hospital in the midst of one of the most squalid cities in the world.

We’re dealing with a deep mystery here. All of us human beings want joy. Everything we do and say, all of our actions and endeavors, are meant to produce contentment, peace, happiness. Even the most morally corrupt person, ultimately, wants joy. But how do we find it? The most elemental mistake—made consistently across the centuries to the present day—is to seek peace by filling up in ourselves something that we perceive to be missing. We tell ourselves that we’d be happy if we just had enough pleasure, enough power, enough security, enough esteem. BUT THIS DOES NOT WORK. It is the supreme paradox of the Christian spiritual tradition that we become filled with joy precisely in the measure that we contrive a way to make of ourselves a gift. By emptying out the self in love for the other, we become filled to the brim with the divine life. The smile of that Missionary of Charity signaled the presence of a joy that no wealth, no security, no pleasure, no honor could possibly provide, and that can emerge even in the most miserable context. There is the lesson that Calcutta burned deeply into my soul.

This article originally in July 2010 at Word on Fire and in Our Sunday Visitor.  Father Barron can be found on the Internet at: 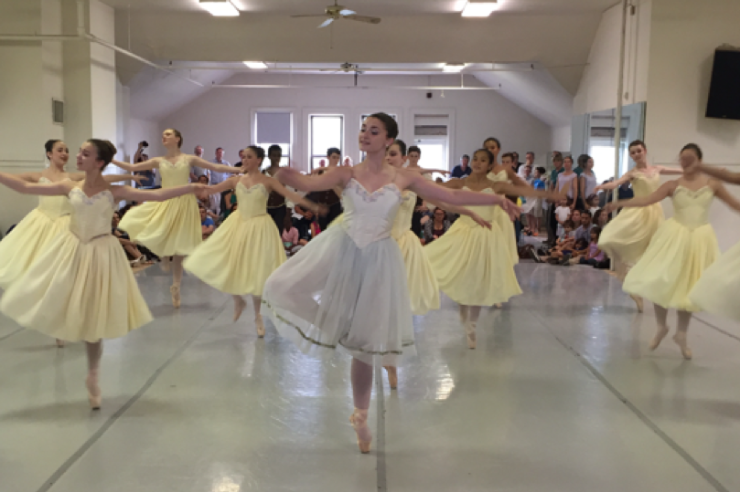 Getting on with the Work of Christ