Rated PG-13 for brief strong language, some sexuality and a violent image.

If every decision we make causes ripples that affect our ultimate future, what chance do we really have to end up where we are supposed to be? Some of the seemingly tiniest choices I’ve made throughout the course of my life, have, in hindsight, resulted in life altering changes. I can trace these moments back to insignificant instances and realize that without them, I wouldn’t be living where I’m living, working where I’m working, or even know the people I currently know. Heck, just the fact that I’m writing this review is the result of tiny decisions I made years ago.

Thinking that these choices were made in a void, without any grand plan or design, is a terrifying prospect. However, if I just accept that the choices I make are part of a grand design, then they’re not really my choices. In this scenario, aren’t I abdicating my own personal responsibly for my actions under the guise they were preplanned anyway?  This Free Will versus Determinism debate has been raging for millennia, and is the conundrum at the center of first time director George Nolfi’s enjoyable, but flawed film, “The Adjustment Bureau.”

The film opens with a quick montage detailing how David Norris (Matt Damon) goes from being a shoo-in to be the next Senator-elect from the state of New York, to being routed by his opponent due to an untimely scandal. (Note to future politicians; A) Don’t moon your friends at a college party and, B) If you do, make sure there’s no photographic evidence that could surface right before Election Day.) As he is about to offer his concession speech, David heads to the privacy of a hotel’s public restroom to rehearse.  Out from one of the stalls walks Elise (Emily Blunt). While David doesn’t get much time with her before he’s whisked away, this “chance” encounter leads him to forgo the standard concession and instead speak from the heart.

Flash forward three years, David is about to catch a bus to his new job as a lawyer. It is here that we first meet The Adjustment Bureau. One of their agents is tasked with spilling coffee on David’s shirt, thus causing him to be delayed, so the Bureau has time to “make changes” at his office. When their plan goes awry, it causes him to both reunite with Elise, and to show up at his law firm at the same time the Bureau is making–for lack of a better word–adjustments. It is then that the Bureau is forced to reveal to David that they are responsible to insure that every person remains on their guided path, and they will make the changes necessary for that to happen. The Bureau agents inform David to never attempt to see Elise again, and if he ever tells anyone of the secret they shared with him, he will need to be “reset” (effectively lobotomized). As there would be no movie if he heeded these warnings, David continues his search to be with the one he loves, despite the Bureau’s best efforts to thwart him.

It’s a familiar trope in romance stories that, despite spending less time with his love than it takes to reboot a computer, the protagonist will risk everything to be with her because every fiber of being knows he loves her. This film though, despite my initial eye roll at this familiar premise, supersedes the cliché. Partly because Matt Damon and Emily Blunt have such a natural chemistry, they are convincing enough to make the audience believe they belong together. Mostly, though, is because the reason why they have such intense feelings for each other is pretty ingeniously explained.

Without a convincing romance the movie wouldn’t work as well it does, but the most pleasant surprise is the humor and overall lightness of tone. The Bureau agents aren’t sinister or evil; they’re just doing their job. As the literal mechanism by which fate works, they just want what is best for David, despite his aggressively different opinion.

A standout is Richardson (John Slattery), the agent initially signed to head David’s adjustment. Slattery plays the character as the old fashioned, put-upon detective that harkens backs to the Howard Hawks/Billy Wilder days. It is to the film’s detriment that he disappears in the last third of the movie. Which is why, maybe unsurprisingly, the last act of the movie didn’t really work for me.

Now, I don’t expect a movie to have “thee” answer to one of the biggest questions ever pondered as to how much of our lives are controlled by free will or destiny. However, it would have been better if the filmmakers had a clear point of view. The film seems to be leading to a collision of the two ethos, but ends with a whimper. While I don’t want to reveal anything, I would say that this film tries to have it both ways, which would be fine, if it did not contradict what had come before. That being said, the ending is emotionally satisfying, but leaves the impression that the filmmakers ran out of steam on their metaphysical train of thought.

Despite these reservations, I think it’s fair to say that considering the subject matter, maybe there is no ending that can really satisfy at an intellectual level. Regardless, the lead up to the finale offers healthy doses of levity and action. This is the sort of movie that almost demands that moviegoers leave the theater and head straight to the nearest coffee shop to start a discussion about the ideas posed. It may not be a perfect, but it will still have its ideas rattling through your head long after the credits fade.

Book Recommendation: Doers of the Word

Perceptions: An Interview with Priest and Rapper – Fr. Pontifex 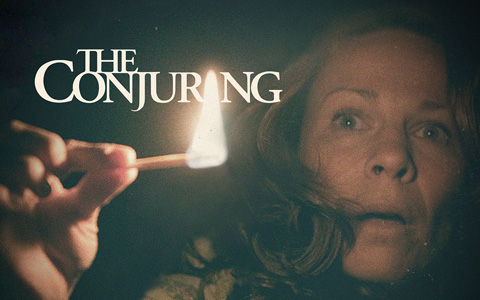 The Conjuring — a Brush with Evil and a Walk with God