“I saved Latin,” boasts the character of Max Fischer in the movie Rushmore. In many ways, in my own life, the opposite has been true; Latin has saved me.  One of my personal favorite mental exercises that has borne a superabundance of fruit is my interest in etymology, the study of word origins.  Reflecting on the roots of various terms often leads me to deeper applications of the principles they signify.

One of these etymological insights hit me between the eyes the other day at Mass.  We were in a beautiful English-speaking low Mass at the National Shrine of the Immaculate Conception in Washington, DC, singing the English version of the “Agnus Dei,” when my mind started to wander into Latin mode.  Agnus Dei, qui tollis peccata mundi, dona nobis pacem… normally, when my mind wanders at Mass, it’s toward subjects that have nothing to do with Mass.  This time, however, my thoughts drifted to a strange topic; taxes and the Trinity.

Dona nobis pacem: Grant us peace.  I had always understood this translation in a literal sense, and had, no pun intended, taken it for granted.  However, this particular Sunday, the mental gears started to crank.  Dona- the second person present active imperative of the word “give.”  You give.  Down the rabbit hole I went.  What words with the root dona- were related to the proactive action of “giving?”  The light clicked on.  DONATE!

“Donate us peace?”  It didn’t seem like the sort of thing that was likely to show up in the new translations of the English Mass.  Donate?  I began to think about the concept more deeply, and things started to make sense.

A grant, in the governmental sense, is merited in some way; one submits credentials and vision statements, federal pencil-pushers conference together to review the case, and let the applicant know whether or not such an effort is worth taxpayer money.  Grants are gifts, but, on some level, grants are earned.  I dwelt upon this for a moment- is this how God distributes His peace?  By looking at resumes, proposals, and vision statements, and narrowing down the best candidates to be recipients of said peace?  Surely not.

Donation. The word kept swirling around my head.  From the perspective of the IRS, how was a donation different from a grant?  Coming off of tax season, I began to think of the charitable gifts I had given, in as much abundance as I was capable, to try to pay as little as possible into the system.  Rendering unto Caesar is a lousy business, but, I supposed, it was scriptural.  Suddenly, a passage from Luke 11:12 popped into the back of my head:

If you then, who are wicked, know how to give good gifts to your children, how much more will the Father in heaven give the Holy Spirit to those who ask him?”

Ouch.  In my minimalistic charity, I had missed the point.  I had been tending to think of charity in tax-deductible terms; I would allot a certain portion of my resources to God, country, and neighbor, and, in return, as part of our ongoing arrangement, God would agree to keep me from going bankrupt or becoming quadriplegic.  What a tragic misunderstanding of the dynamics of scorpions and eggs.  It’s a good thing that God doesn’t mete out his charity in the same way that I do.

Donation. In taxation terms, what must this mean?  Do I donate to The Society of St. Vincent de Paul because of the earned merits of the person who might one day benefit from my donation?  Or do I donate because I know that each sacrifice is of mutual benefit to my soul and the souls of those who benefit from my donation?  It is beyond cliché to say that we get from others more than we give to them, but if we look at giving in such a reductionist sense, is it scrupulous to think of ourselves as selfish when we greedily burrow through our receipts to squeeze the maximum tax-deductibility from our returns?

Dona nobis pacem. What, after all, is peace?  Does it mean the mere avoidance of violence?  Or does it mean something beyond merely preventative measures?  During the Cold War, peace meant stopping the enemy from blowing you to smithereens; however, even though it was cold, it was still a war.  Mutual Assured Destruction doesn’t exactly have a peaceful ring to it.

How, then, do peace and donation intersect?  The best possible confluence of these Trinitarian initiatives is the Cross.  As Isaiah 53 tells us, the punishment that brought us peace was upon Him, and by his stripes, we are healed.  Who can merit such a punishment?  Who among us is a good-enough person to warrant someone being beaten within an inch of his life on our behalf, and sadistically executed over the course of several hours to effect our redemption?   Donation is not given on account of merit, but is characterized by the generosity of the giver.

What gives peace?  It seems like a dumb question.  Music, social networking, gaming, and any other form of escapism offer some form or another of artificial and fleeting peace.  But anyone who is honest with him or herself realizes how temporary such peace is.  At the end of the day, all of us want to know what brings lasting peace, and not just what deadens our senses to everyday difficulties.

Dona nobis pacem. This request is not addressed to governments, bosses, family members, or even pastors.  This request is addressed to Christ himself; and the only good reason he has to grant it is His generosity, and not our merit.  How we respond can either honor or dishonor that eminently gracious donation.

Isaac Returns to the Mountain 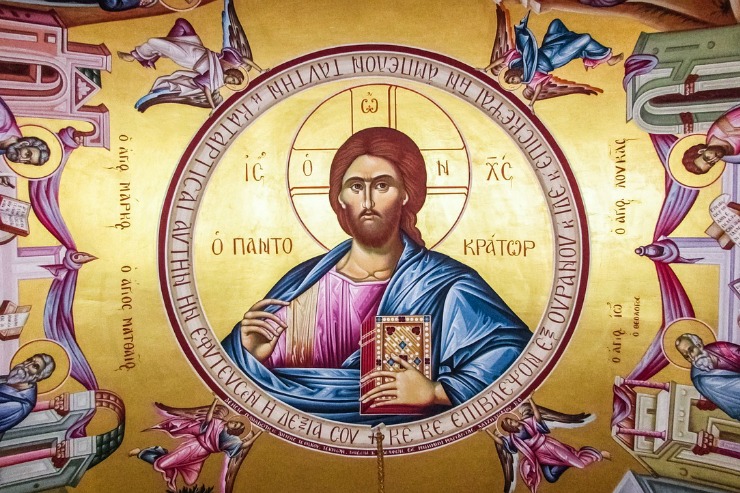 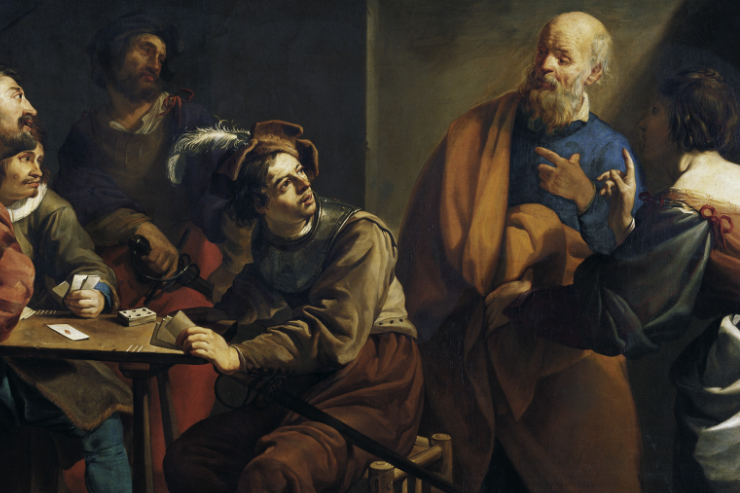