The Story of a Conscience

Last night, I dreamed of writing this article.  Oftentimes I wake up with a complete thought for an article or during the day something will come to me and I feel like the secretary–scrambling to start taking notes as I’m dictated the thoughts. But last night, I watched as I wrote this article in which I share thoughts and past experiences on the development of my conscience.  We must be careful when sharing the “past” lest it be worn as a badge of “wasn’t-I-something back then?”  Rather it should be shared as a realization that the further from the light we are, the less we can see clearly in the darkness.  Even back in the day, I loved God and wanted to serve him.  I just did not know Him well and was foggy on the details.  But God brought me out of the fog, bit by bit.  So, when I see people living contrary to my Catholic beliefs and morals, I pray for them and think to myself: They just don’t understand.

It’s Not an Anything Goes World

My own past is part apathy and part ignorance. After twelve years of a Catholic School education, I can say that I emerged much like many of my contemporaries from the Seventies–mostly without a clue. Were the essentials being taught or was I just not paying attention?  I’m not sure; maybe some of both.   God was often pushed aside, but my heart was with him although not always my head.  That is where I went wrong for it is the head where our consciences are formed; not by emotion but by forming decisions based on knowledge of the truth.

In college at Michigan State University, I often said a prayer before going to sleep.  Attending Mass was hit and miss…mostly miss.  My priority in college was to have fun, travel whenever I could and get a degree.  God came after that. I look back at my views and behavior and wonder how I had lost my mind so completely.  I believed in God and very little else.  There were instances where my conscience showed signs of life to prove that a deadened conscience can still have a pulse, be it ever so weak.

East Lansing has a large gay community.  At one restaurant where I waitressed, I was buddies with a homosexual male co-worker. One evening, he invited me and some of my friends to join him and his friends to hang out at a gay bar.  Since I was always up for a new adventure, it sounded like fun.  So, off we went to the usual Seventies bar scene; drinking, flashing lights, crowded dance floor and loud music, with the noticeable difference that it was male dominated and the men were openly affectionate with each other.  Also, there was a rave-type drug being passed around on the dance floor, but I stayed away from that.  What strikes me about that night out was that I had a dark feeling overcome me that left a sick feeling in the pit of my stomach.  In my head, I had an anything goes mentality.  I did not care if my friend was gay.  But for some reason I did not understand, I felt a heavy darkness and wanted to leave, which I soon did with my friends. At the time, I did not give it much thought.  But when I look back, I believe that my prayers, as little as it was, kept me connected to God and he allowed me to feel the atmosphere of evil I was in.

Evil is not for Laughs

The next instance I felt a dark feeling of wrongness that I had not expected, was a couple years later on a night out with two female co-workers from another bar/restaurant where I worked. It had a neighborly atmosphere of regulars that frequented the bar.  Somehow, my co-workers and I were met with a challenge by some of the regulars–to dare to go into Cinema X.   This was a business that had all sorts of X-rated entertainment.  One guy offered to give us free passes if we would dare to go into the place.  It was the site of many bachelor parties and groups of college students would go en-masse for supposed laughs.  Myself and my two, very pretty blonde co-workers took them up on the challenge.  We had heard so much about the place, we figured as long as we stuck together, it would be interesting to see what it was all about.  Since I had been to Holland a couple years earlier and laughed with friends and other tourists as we walked through the red-light district complete with girls in windows (or some not in the windows) I looked at it as just another way to have a laugh.

We drove out together on a Tuesday night which was amateur talent night where dancers (girls) could win prizes. (Don’t worry, we were not that bad.)  As soon as we entered the darkly lit building, the three of us felt uncomfortable.  We quickly walked into the theater section and slid into seats, where no one else sat near us.  On this night, two girls would be dancing naked.  Audience applause would determine the winner.   The first girl was thin and pretty.  She pranced across the stage without clothes before an audience of a couple groups of male college students, a few male/female couples and an awful lot of single males spaced sparsely throughout the theater.  It was the second contestant that broke my heart.  This young lady was overweight and did awful humiliating things to herself in an effort to please the crowd.  In the end, audience applause awarded the first dancer a prize of $100.   The second girl was laughed at as she grabbed her clothes and hurried off stage.

I wanted to cry for her.  My friends and I just sat there, not speaking to one another. Then the emcee announced: “Before the movie starts, I want to welcome the three lovely ladies visiting with us tonight.”  Anywhere else, we might have smiled and enjoyed the attention. However, as if on cue, we simultaneously recoiled and sank down into our seats.  It was a mutual feeling of loathing.  The lights went out, the movie started and we whispered to one another, “Let’s get out of here.” We slipped out as fast as we could without making eye contact with anyone.  Safe back in our car, we realized that there was nothing funny about Cinema X.   It was a place of darkness and disrespect for the human body.  Even though I had been living my life thinking that what people did was their own business, I knew my soul had felt the ugly presence of evil.

Waking up with the Truth

Today, over thirty years later, I don’t have to wait for a bad feeling to show me something is wrong.  Catholic teaching is truth itself and trumps any feelings or modern-day justification.  Yet, without knowledge of Catholic teaching, it would be many more years before I understood that a well formed conscience depends on the knowledge of truth.

After giving birth to four children, I believed that permanent birth control was not just my right, but a logical and responsible choice.  Ironically, my husband Mark and I were at the stage in our faith journey of not skipping Sunday Mass and we had begun to pray the rosary.  But without full knowledge of Catholic teaching, the world is full of pitfalls; some coming in the most unlikely of places.  Family and friends were not shy about telling us they were “fixed”.   One of our parish priests who was also a doctor told me it was not reasonable to follow the Pope’s teaching on contraception.  Thus, in spite of our efforts to be good Catholics, it took us a while to understand what that really meant.

I believe it was through my new habit of spending time in adoration that I began to clearly feel God’s direction in my life. Mark and I began reading Catholic books and gradually came to understand that Catholic teaching is truth and it is truth  that we must form our consciences and decisions around.

Once we finally “got it”–a well-formed conscience, that is– Mark had a reversal of his sterilization surgery.  We had four more children and adopted two others from Kenya, and today we adhere to Catholic teaching in all aspects of our lives. It is our compass.  I wince whenever I hear Catholics defend the reason they are following their consciences rather than Catholic teaching.  It simply is not logical to believe that their changeable, experience-driven personal feelings could be superior to over 2,000 years of unchanging teaching that began with Jesus Christ.

My first book, Catholic Truths for Our Children, was the by-product of my own learning. It was written after much research of the best, most convincing explanations of Catholic teachings and includes Scripture passages.  I wrote it with an understanding that some of the readers would be like I was, wanting to do the right thing, but not clear on the details.

I wish it had not taken me so long to wake up to the truth but as always, God can use all things for good for those that love him.  He did not just take me off the path of ignorance, but now he allows me to use my former ignorance for good. Sometimes it is in a conversation with someone with my past mentality.  Sometimes it is through my writing.  Other times, my past is what helps me to have compassion and understanding for those who  think they have figured everything out on their own without religion for a guide.  Ironically, those rejecting or ignoring Catholic teaching, often do so with great smugness. As a former smug one, I have affinity for the scene at Calvary where Jesus looks up to heaven and says:  Forgive them for they know not what they do.”  I know well that Jesus, in his eternal vision, was also praying for me.

There’s No Such Thing as “Balance” 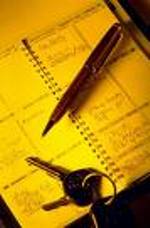