The Advent season focuses our attention on the first, second and daily comings of the Lord Jesus as Savior of the world. At Christmas we turn our attention to the Babe wrapped in swaddling clothes, which inspires us to look generously and lovingly to the children in our families and communities. These two focuses were put into particular relief last week as Bishop David Ricken of Green Bay published a formal decree pronouncing as worthy of belief three apparitions of the Blessed Virgin Mary to Adele Brise, a 28 year-old Belgian immigrant, in October 1859.

After Adele at her pastor’s counsel had instructed her to ask the woman in dazzling white clothes for her name what she desired of her, the woman replied in the third apparition: “I am the Queen of Heaven who prays for the conversion of sinners, and I wish you to do the same. You received Holy Communion this morning and that is well. But you must do more. Make a general confession and offer Communion for the conversion of sinners….  Gather the children in this wild country and teach them what they should know for salvation… Teach them their catechism, how to sign themselves with the sign of the Cross, and how to approach the sacraments; that is what I wish you to do. Go and fear nothing, I will help you.”

For the rest of her life, Adele Brise made that two-fold mandate the mission of her life. She began to pray insistently for the conversion of sinners and, though somewhat timid and formally uneducated, started to travel on foot all across the forests and farms in northeast Wisconsin, sometimes journeying more than 50 miles to visit children in their homes and teach them the faith. She soon assembled around her a group of women who, hearing of the message imparted by Mary to Adele, wanted to share in that prayer and catechesis; together they became Franciscan tertiaries. Adele’s hardworking father built a little shrine at the place of the first apparition, in what is now Champion, Wisconsin, and over time, with her fellow third order Franciscans, Adele opened up on the property an orphanage and Catholic school where they would be able to give catechesis and other schooling for children throughout the region. The shrine itself became a place of local pilgrimage, prayer and spiritual and physical healings.

In his homily during the December 8 Mass in which he read his formal decree, Bishop Ricken said that the message Our Lady gave to Adele and to which she responded with lifelong fidelity is the same mission to which we are called today: “We need this message today as much as they needed it 150 years ago: the message to proclaim the Gospel, each one of us, in our families and in our workplace. We need to have that same zeal for souls that Adele Brise had. And we need to make sure that we are responsible to our children and to the next generation by providing adequate catechetical formation for them so that they understand the Gospel and that they are able to defend and explain the teachings of the church. This message is ever ancient and ever new. Each generation must take it.”

Our response to the publication of the decree recognizing the apparitions as worthy of belief by the Christian faithful, therefore, is not meant to be one of historical curiosity or even national spiritual pride, but deeper commitment to living out the Gospel especially in those ways the private revelation emphasizes. The Church teaches that true private revelations never teach us anything new, but remind us of what Jesus taught in the Gospel so that we may live it better in our own day. Whenever the Blessed Virgin Mary has appeared — such as in Guadalupe in 1531, Lourdes in 1858, Fatima in 1917 and elsewhere — she has reminded us through the seers of parts of the Gospel that either we and the seers forgotten or inadequately grasped and lived. And so we need to examine and take to our prayer the message Our Lady gave to Adele Brise, a message that calls us to the heart of the Gospel, which has no expiration date.

The first thing Our Lady indicated is the importance of praying for the conversion of sinners. Mary revealed not only was that she praying for sinners to repent, but that she was asking Adele to join her in that act of praying for mercy. It’s noteworthy that when Our Lady appeared to St. Bernadette in Lourdes and to the three shepherd children in Fatima, she likewise asked them to pray and do penance for sinners. This is a fundamental aspect of the Gospel. Jesus instructed us to pray, “Forgive us our sins.” He told us to be merciful as our heavenly Father is merciful. He taught us from the Cross to pray that the Father may forgive those who did not know what they were doing, a prayer imitated by St. Stephen at his stoning and so many other Christian martyrs.

In a world, however, that has in many places “lost an awareness of sin,” to use Pope John Paul II’s words, many of us in the Church have lost an awareness of the importance of praying for the conversion of sinners. Since many erroneously believe that salvation is easy and practically automatic and that Hell is a basically an invention of Dante’s imagination rather that a real possibility described repeatedly by Jesus himself, we can treat praying for the conversion of sinners as a superfluous vestige of earlier and less enlightened days. In her appearances to Adele, to Bernadette, and to Francisco, Jacinta and Lucia, the Blessed Virgin has been calling us back to this heart of our co-redeeming mission as Catholics, lest those who do not convert tragically perish.

The second thing Our Lady reveals is that it’s not enough merely for us to be in communion with God and in the state of grace. Like Adele, we “must do more.” As we see in the Gospel, the Lord Jesus calls us to more than being holy disciples; he also wants us to be zealous apostles, going out to cooperate with him in making true disciples of others, by teaching them what we have learned and introducing them into a continuous encounter with Jesus the Master. He calls us to focus not just on our salvation but on the salvation of others, loving our neighbor and desiring his salvation as much we love ourselves and desire our own.

Thirdly, our Lady focuses on the importance of our teaching the faith. Like at the time of 1859, there are so many children who don’t know the basics of the truths about God, themselves, and what God is asking of us. These children are found not just in forests and isolated farms, but in the center of populated cities. Adele protested initially to the Blessed Mother that she, being uneducated, was unfit to be a competent teacher of the faith. Our Lady replied that she wasn’t asking her to teach about the mystery of perichoresis, but rather to teach children how to pray, to make the sign of the Cross, to prepare to receive her Son well in the sacraments — all things Adele well knew and already was doing — and help them walk along the path that leads to eternal salvation. She’s calling us by this apparition to do the same.

As we focus in Advent on the Lord’s coming into the world to save us from our sins and what they lead to, death of our soul and eternal death, we’re called to pray for the conversion of sinners, beginning obviously with ourselves. Two great prayers would be the Chaplet of Divine Mercy and the Hail Mary, in which we explicitly ask her to continue her mission of praying for us sinners now and at the hour of our death.

And as we approach Christmas and think about the gifts we can give to those children we know and other children who are in need, Our Lady is calling us anew to recommit ourselves to seeking to give them the greatest gift of all, the gift of God, and to show them how to live in accordance with that gift through a life of faith. 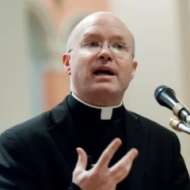 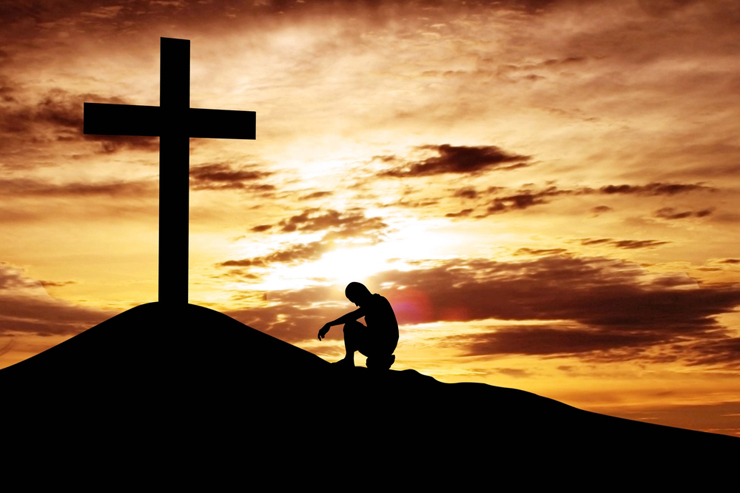 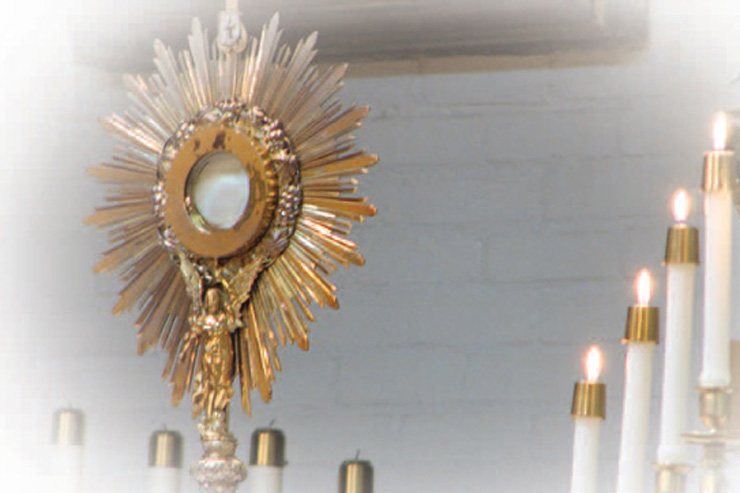 The Church’s Response to our Hurried and Anxious Society

The Second Part of the Story