Challenges of a Catholic Homeschooler in Hollywood Last week, I interviewed Michael Flaherty, the amiable president of Walden Media, about the upcoming release of Voyage of the Dawn Treader.  I was given the opportunity for a follow-up interview, and I decided to focus on his experience as a Catholic homeschooler in Hollywood and the upcoming projects for Walden Media.

Voyage of the Dawn Treader opened as the #1 movie last weekend.  What kind of feedback have you received from Narnia fans?

The hard-core Narnia fans don’t like any changes, and true to form, they don’t like these changes.  The good news is the Lewis fans like it because they can see that all of Lewis’ thoughts and writings have been preserved.  There’s a distinction we try to make in the adaptations – let’s make sure we’re true to the spirit of Lewis even though we’re going to end up making changes to the story itself.

Do you plan to release another Narnia film soon?

Either The Silver Chair or The Magician’s Nephew.  Everyone has their favorite, but mine is definitely The Magician’s Nephew.  There are good arguments to be made for both of them, and we’re just waiting to see [the numbers for Voyage of the Dawn Treader.]  The movie’s doing really well overseas, but here we knew we wouldn’t be able to tell until after the New Year just because everyone’s so busy.  Not that many people went to the movies last weekend.  We’re happy to be #1, but it’s kind of like the varsity beating the freshmen.  Our real test is how we do playing through Christmas.

What new projects can we expect from Walden Media this year?

We’ve published two books this year.  We have our own imprint, run by my brother, Francis Xavier (Chip).  Frank Cottrell Boyce, the author of Millions, wrote a beautiful book that we’ve published called Cosmic, and we’re developing a film version of that.  We have another book that’s been on the New York Times Bestseller List for seven months.  If you can believe this, it’s about a Christian homeschool family with super powers.

It is fun!  We’re hoping that Christian homeschoolers become the next cool thing after werewolves, zombies and vampires.

Is it difficult to live your Catholic faith in Hollywood?

No.  Hollywood is surprising a very seeker-friendly place.  People are very interested, and they want to hear more about it, particularly because you have a group of people who have accomplished their childhood dream.  They get to tell stories for a living!  They’re compensated at ridiculous levels for that, so they look around and they say, “I’ve accomplished my lifelong dream.  I have more money than I ever expected to have.  How come I feel the same way I did my freshman year in high school?  I thought these things would bring me happiness.”  Because you’re dealing with people who have all those things they thought would bring them happiness and they still find that they’re coming up short, they’re very interested in finding out how to fill that God-shaped hole.

What really bugs me as a Catholic is to watch a movie and as soon as they show a crucifix or a statue of Mary or the saints, you know that person is going to be the killer.

(Laughs.)  It’s like my brother Chip says, “If a priest comes into town, he’s there for one of two reasons— he’s there to ban dancing or murder somebody.”  He’s never there to build a new school or build a new hospital or do any of the things that people of faith have been doing all across the country, in the name of our Lord for the last 2000 years.

So how can Catholics get an image upgrade in Hollywood?

Well, we have such amazing stories, and I think that’s the way to go.  Dorothy Day was such an amazing person!  There was a great movie made about her by Paulist Pictures.  Our Lady of Guadalupe is an unbelievable story.  Fatima is an unbelievable story.  Medjugore is a great story.  The list goes on and on in terms of all the heroes that we have had.  And then there was another great film, and I think that the Church was even involved somehow in financing it, The Spitfire Grill.  I remember seeing that movie with my parents when I was younger.  That was a fantastic film about the power of radical forgiveness and transformation.  I think the key is that Catholics are some of the best storytellers on the planet.  We just need more of them involved making films.

What are the challenges of being a Hollywood homeschooler? [Note:  Although Mr. Flaherty does a lot of work in Hollywood, he and his family reside in Massachusetts.]

Time.  My wife says it’s not homeschooling, it’s van-schooling.  [My children] take an art class at The Museum of Fine Arts, a science class at the New England Aquarium.  They take a robotics class at Tusk.  They have great instruction and they have really cool classes, but my poor wife is always in the car taking them from one place to another.  It’s fun stitching all those things together, but putting a lot of miles on the minivan is the biggest challenge.

As a former homeschooler, I can relate!  I was also annoyed by teachers who told me that I’m not qualified to homeschool.

(Laughs heartily.)  We’re working on a script right now where a mom realizes her daughter is getting a sub-standard education, and she walks in to talk to the principal.  The principal says, “Excuse me!  Where did you get your degree in education?”  That sends out the foolishness that parents don’t know what’s best for their kids’ education.

Do you help with the homeschooling? 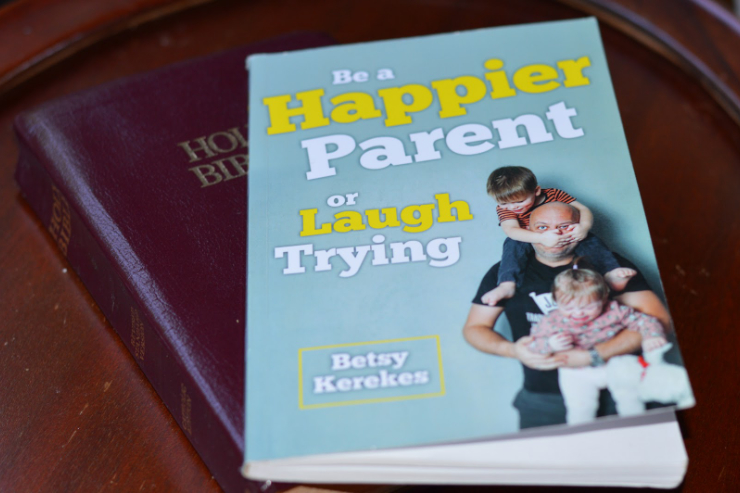