Happily Ever After: The Truth About Christianity And in many ways the Christian story falls under that heading as well. We believe that God loved the world so much that he took on human form and lived among ordinary people. He also did the one thing that most proves we love someone, which is dying for them.

But the Christian story is something that a human being could not possibly have invented. It is not only good, but also true. The revered Christian author C.S. Lewis said that one reason he believed in Christianity was that “It’s a religion you couldn’t have guessed.”

Lewis’ friend J.R.R. Tolkien, author of “The Lord of the Rings,” said fairy tales echo the Christian story. Such tales often feature maidens being saved by a prince, good triumphing over evil, and the promise of “living happily ever after.”

But, said Tolkien, Christianity differs from other myths in one essential feature. It is true.

Still, some might look at the world today and say, “Where is the happily ever after part?” Newspapers are flooded with reports of wars and terrible crimes. Blood is being shed all over the world.

At times it seems the dark forces are in control – or as Tolkien might put it, the Orcs are winning.

But for Christians the world never has the final word. Even if the one called the prince of the world–Satan — seems to be having a field day, he will ultimately be defeated. Even if we face what Tolkien called the “long defeat” — during which we lose everyone and everything–if we hold onto our faith, then we will triumph.

Christianity is inherently a mysterious religion, based on events the rational mind can’t grasp. God became man, a virgin gave birth, and Jesus rose from the dead. But the rational mind has clear limits. It cannot adequately explain love or mercy or devotion.

And in the words of another great writer, Flannery O’Connor, the central mystery of Christianity is that human life, despite all its horrors, was “found by God to be worth dying for.”

This is what sustains Christians in our daily battle against evil. This really is the deepest thing that we hold in our hearts. It’s the knowledge that God loved us enough to die for us. And this is an eternal truth that is exquisitely good. 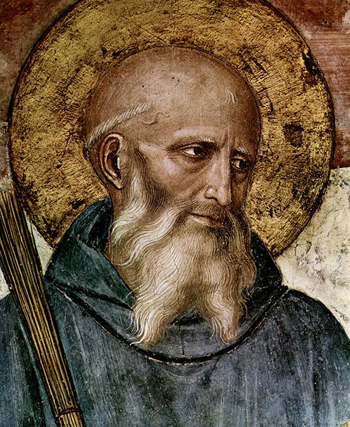 St. Benedict for Beginners – The Ninth Step to Humility

How I First Met St. Jude

The New Mass Translations: “For All or Many” and “The Supper of the Lamb”