Just recently the results of a Pew Forum study on religion in America were released. In accord with many surveys over the past fifty years, this poll showed that the vast majority (92%) of Americans believe in God but that an increasing number of our countrymen prefer their own spiritual experience to the dogmas and doctrines of traditional Christianity. Also, there is, among Americans, a general acceptance of positive, life-affirming beliefs but a deep suspicion of negative ideas such as divine judgment and hell. The director of the Pew Forum summed up the findings as follows: Americans are wary of dogmas precisely because we live in such an ethnically, culturally, and religiously diverse society. To place a stress on doctrine, it seems, would lead to conflict and, at the limit, violence in such a pluralistic context. Another commentator observed that the embrace of positive beliefs is a concomitant of the premium that we place on choice and the right to choose. After all, who would ever opt for belief in hell and judgement? I would like to say a word about each of these points.

The reticence about making religious truth claims in the public forum is, of course, a consequence of the Enlightenment. Almost all of the philosophers and social theorists of the modern period—from Descartes and Spinoza to Kant and Thomas Jefferson—were mortified by the wars of religion that followed the Reformation, and they accordingly wanted to find a means of controlling religious violence. Their solution, adopted in most of the modern political constitutions, was to tolerate religion as long as it remained essentially a private matter, something confined to the hearts of individual believers. The result of this “peace treaty” was what Richard John Neuhaus characterized as “the naked public square,” that is to say, a political forum stripped of properly religious assertions and convictions. The events of September 11th 2001 simply confirmed for many in the West the wisdom of this arrangement. Since religious people cannot defend their claims rationally, the argument goes, the public appearance of religion will always be accompanied by some form of direct or indirect violence.

I have always found the either/or quality of this analysis tiresome: either religious antagonism or privatization; either September 11th or bland toleration. Our problem is, as Stanley Hauerwas put it, that we have forgotten how to have a good argument about religion in public. The most dramatic indication that rational discourse has broken down is, of course, warfare between the disputants. Once conversants have resorted to fisticuffs, we know that the careful process of marshalling evidence, presenting argument and counter-argument, responding to objections, and avoiding contradictions, has been abandoned. But there is another sure sign that rationality has been left behind and that is the slide into an anything-goes, your- opinion- is –just- as- good- as mine sort of toleration. Truth claims, by their very nature, are public because truth, by its very nature, is universal. It would be ludicrous to say that 2+2= 4 for me but not for you or that adultery is wrong for me but not for you. Therefore, if I were to tolerate your view that 2+2 just might be equal to 6, or that adultery is, depending on the circumstances, acceptable, then I have stepped out of the arena of rationality and public argument, and I’ve essentially given up on you. It’s glaringly obvious that the perpetrator of violence is a disrespector of persons, but the perpetrator of “tolerance” is just as disrespectful, since he’s despaired of reason. We have to recover—yes, especially in our pluralistic society—John Henry Newman’s sense that religious claims are rational and thus can and should be the subject of vigorous argument. This is the religious reason that lies beyond the tired options of warfare or bland tolerance.

And now just a brief observation about our unwillingness to accept the tougher, more “negative” features of the religious traditions. In a thousand different ways, we reverence choice in our culture. We choose our political leaders, the products we purchase at the store, the kind of films that we watch, the sort of people with whom we associate. And we revel in the wide variety of choices available to us. But there are certain realities that are so basic in their goodness, beauty, and importance that they are not so much chosen as given. Beethoven’s 9th symphony, the Swiss Alps, Dante’s Divine Comedy, the French language, moral absolutes, and the saints are goods that give themselves to us in all of their complexity and compelling power. We don’t choose them; they choose us. We don’t make demands of them; they impose a demand upon us. We wouldn’t presume to excise those sections of Beethoven that are “unpleasant” or those features of French that are too difficult or those dimensions of morality that are hard to live up to. The Word of God, preserved in the Church, is a supreme value of this type. We shouldn’t therefore speak of choosing sections of it that we like and leaving behind those that bother us. Rather, we should let it, in all of its multivalence and complexity, claim us. Challenging ideas, I know, for us Americans. But we cannot allow our Americanism, as much as we reverence it, to compromise or position our Catholicism. 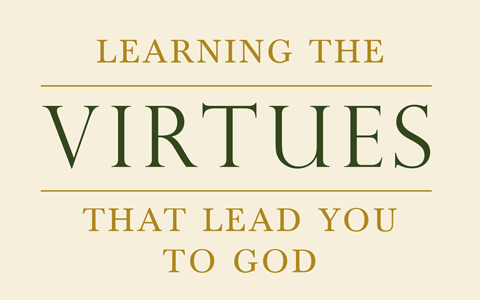 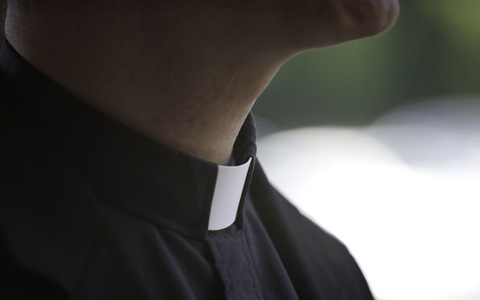 How to Overcome Worry by Trusting God