There are a lot of good and valuable tips that I have received over the years in my on-going efforts at mothering. And it really has been an on-going effort.

As I’ve previously shared, I haven’t found myself to be one of those women to whom baking, sewing and letting things roll off her back come naturally. I work at everything—or so it often seems to me.

Working at things translates into a personal quest of seeking and searching.

More importantly, though, it has also meant learning to love who I am and assume that along with my own foibles, there’s been some good things I’ve brought to the table—even if they haven’t been home-baked, homegrown or hand-sewn.

That is clearer to me as time goes by; however, I still feel pangs of worry or guilt when it comes to my own mothering efforts.

But now, as my sons are all “adult” age (this is only by worldly standards because in my eyes they will always be my “boys”), I am much better at letting go of the concerns that I did it all wrong. I can see that everyone turned out quite well and while I hesitate to take credit—because then I also have to take blame!—I do appreciate some of the great advise I’ve been given along the way.

Interestingly, the most productive piece of parenting advice came not from a mother but from a career woman!

At first I admit that I was not really paying attention to this woman’s words. After all, she was a full-time career woman with no husband or children and I was a wife/mother/career woman/post feminist gal making a go of things. I had way more on my plate than she did, of that I was sure!

A few minutes into our conversation, however, I began to hear her more clearly. When I made the connection of our similarities I saw her through different eyes and could hear how she was also feeling “pulled” in a thousand directions and “weighed” down with responsibilities for her own financial well-being and for the caring of her aging mother; all the while wondering if God was calling her to the vocation of marriage or if “this was it.”

We were one in the same even if our daily personal experiences were worlds apart: we wanted to live life in a joyful, successful way.

And that’s when I really heard how she coped, how she managed.

Compartmentalization wasn’t about organization—you could be completely disorganized but still be able to compartmentalize in your mind and thus your spirit could be settled.

What this meant was looking at the day, that moment when your feet hit the ground, not from a How-in-the-world-am-I-going-to-accomplish-everything-today?  perspective; but, rather from a Right-now-I-have-to-make-breakfast perspective.

I know that is sounds like organization but it really isn’t. It is about not looking at the whole day but looking at the first piece, the first step, and not even reminding yourself that there are more pieces—because even in the reminding a person can be overwhelmed.

As the old adage says: take it one step at a time; put one foot in front of the other.

This really is good advice!

As this woman explained, she did not get up in the morning and look at her appointment book because her nature would lead her down the How-can-I-do-all-this? path. Instead, she learned how to take it one step at a time. She learned to enjoy her morning routine of coffee and breakfast whereas days gone by she drank coffee as she contemplated her day and began role-playing what would happen in this meeting and what would be said in that conversation . As she honestly shared, before she left the door to go to work she was exhausted!

That I could understand—she was speaking my language.

I also liked that what she was doing was considering ways in which her God-given personality came with weaknesses that were hers to master; and that He also gave her strengths and grace from which to draw upon.

She continued by saying that she purposely chose to listen to relaxing music on the way to work instead of her previous pattern of “imagining” the conversations and deadlines that were before her.

Ultimately, this was the best piece of parenting advice I had ever received.

Even now, twenty-some years later, I feel indebted to this woman for her honesty about her day and for the way in which God opened my eyes to her message. It wasn’t that we were completely separate women on completely different journeys. We were women doing our best to live out our lives with joy and peace. We were women interested in knowing how to turn weaknesses into strengths and how to keep stress from stealing our joy.
I can’t help but think how fortunate I was to have had her share her personal journey with me. And I wonder how much we miss when we dismiss the value of another’s message because we erroneously believe that differences separate us rather than realizing that God has ways to draw us all together—and that we all have something to learn and share with one another.

God is good that way, knowing what we need and bringing it to us when we need it.

The rest is up to us. 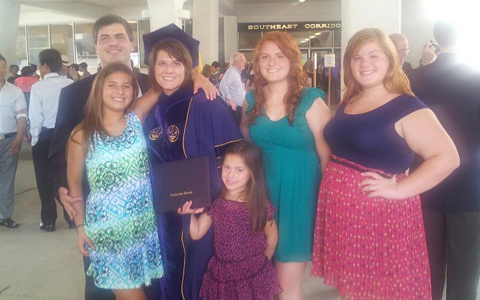 What to tell the girls about motherhood and career… 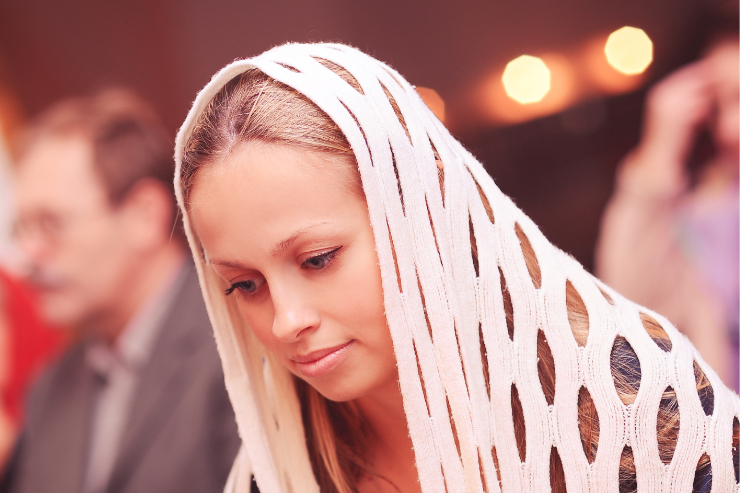 I Went to School for Years! Now I’m a Stay-at-Home Mom…?