Sacramental Grace Is the Difference

After their Polish dinner reception complete with polkas, kielbasa and sweet and sour cabbage, Bonnie and Irv drove off, in a decorated car, to embark on their new life together.

Some scientists say that the love that drove Bonnie and Irv to the altar was not something sublime, but a simple preconditioned wiring of the human species to mate. A recent article in National Geographic even suggests that falling in love may merely be a chemical reaction to various stimuli. Apparently novelty, among other things, triggers dopamine in the brain, which stimulates feelings of attraction. Oxytocin — a hormone which promotes a feeling of connection and relatedness — is released during hugging and repeated positive exposure to another.

According to research, prairie voles, which have high levels of oxytocin, mate for life. The article suggests that oxytocin is a major reason that humans mate for life as well. Despite the trappings of romance, is that all that was going on with Bonnie and Irv 48 years ago when they said, “I do”? Are humans basically just like all animals?

The Catholic Church responds with a vehement no. There is a huge difference between the simple “pair bonding” of animals such as prairie voles and the marital union between two human beings. We know this instinctively, according to natural law, and Catholics are explicitly taught this. The Catechism of the Catholic Church clearly states that humans possess unique dignity because they are made in the image and likeness of God (#1700).

While humans may share certain bodily characteristics and physical responses with mammals (oxytocin very well may affect feelings and emotions in humans, for example) men and women have free will, can choose to love, and have immortal souls that will live forever, qualities that animals do not share. The dignity of the marriage of two human beings far surpasses anything in the mere animal world.

When Marriage Is a Covenant

A sacramental marriage like that of Bonnie and Irv is elevated still further from a mere civil union or from a marriage between non-Christians. It gives the couple special graces that are not present in non-sacramental marriages. Father James Seculoff, pastor at St. John the Baptist in New Haven, Indiana, who has been a priest for 48 years and has counseled many married couples explains, “Sanctifying grace makes a couple’s souls beautiful in the eyes of God. Sacramental grace helps a couple to live their vows. A Catholic marriage is not just a legal contract. It is a covenant, between you, your spouse and God.”

No wonder the bond between Bonnie and Irv has strengthened over the years. They are buoyed by the graces which were poured forth as early as their first evening together.

“We started driving to our honeymoon destination — Niagara Falls — at 11:00 at night,” says Irv, “On our way to the hotel, we said our first family rosary together. We prayed the Glorious mysteries.” Since then, the Kloskas have prayed many family rosaries as their family grew, and they began attending daily Mass. “Bonnie and I both have a great devotion to the rosary,” says Irv. “There is great power in that prayer.”

Irv states that he was very aware of what he was undertaking in marrying Bonnie. However, he says, “I was not aware of all we would be experiencing over the next 48 years.” “All” included, according to Irv, many joyous moments, but also sacrifices, disagreements, concessions, and financial stress.

Bonnie and Irv were to experience the births of 12 children, the adoption of one, a miscarriage, life-threatening illnesses of two children, the death of another, and a chronic illness — severe asthma — which still challenges Irv today. “Those concerns were the farthest things from my mind,” says Irv, “as I climbed the marble steps of the altar to marry Bonnie. Remember, I’m 21, in love, going to school and, after all, I was earning a whole $2.75 an hour at the post office.”

Irv credits the graces in the Sacrament of Matrimony with helping him cope, over the years, with stressful work situations and various family crises. “It was also sacramental grace that supported me every time I had to pay tuition to Catholic grade schools and high schools and colleges,” says Irv. “I added it up once. We have given our children 200 years of Catholic education. You can’t do that without grace.” Indeed.

The Catechism of the Catholic Church plainly addresses the topic of grace in a sacramental marriage. “This grace…is intended to perfect the couple’s love and to strengthen their indissoluble unity. By this grace they ‘help one another to attain holiness in their married life and in welcoming and educating their children….’ Christ gives [couples] the strength to take up their crosses and to follow him…” (#1642).

How to Have a Grace-Filled Marriage

Here are some ways that married couples can tap into these graces that are present in a sacramental union.

• Pray together. “It takes three to make love,” stated Fulton Sheen, one of the best-known Catholic apologists, referring to God, “What binds lover and beloved together on earth is an ideal outside both. As it is impossible to have rain without the clouds, so it is impossible to understand love without God.” Attend Mass and receive Holy Communion together. Go to confession. In the sacraments, graces are received.

• Give 100% effort. Marriage is not a 50-50 proposition. Don’t keep track of what your spouse is giving, just give your all. Make his favorite dinner. Help her fold the laundry. Clean out the other’s car as a surprise some Saturday morning. Mother Teresa advised “Love until it hurts.” Give yourself totally and you will find true happiness.

• Follow the Church’s teachings and reject artificial birth control. Artificial birth control is antithetical to the dignity of the human person. According to the Couple to Couple League, Natural Family Planning (NFP) is 99% effective when practiced properly. The divorce rates for couples who follow NFP are extremely low, and couples report that marital satisfaction increases when NFP is followed. God’s laws are meant to bring us to personal fulfillment. Their seeming restrictions actually bring freedom and happiness.

• Read the writings of the Church regarding marriage and the family. Casti Cannubi (On Christian Marriage), Humanae Vitae (On the Regulation of Human Births), and Familiaris Consortio (The Role of the Christian Family in the Modern World) are all available at most Catholic book stores or online. They are beautiful documents which can help couples grow in love for one another.

• Make up any disagreements before the day is over. Do not mention the “d-word” (divorce), even in jest.

• Listen to one another. Show your attentiveness with your body language. Sitting up straight, leaning forward and making eye contact all say, non-verbally, “What you are saying is important to me.” Restate your spouse’s thoughts when he/she is finished speaking to indicate that you understand or to allow him/her to clarify, and let your spouse finish his/her thoughts before you respond.

• Trust and be trustworthy.

• Look out together. True love does not simply look inward, but reaches outward towards others. When couples raise children they give of themselves and work for a common goal. Some married couples choose to continue reaching out to others after their children are grown through volunteer or charity work. Many childless couples do the same.

• Laugh and have fun together. God wants His children to be happy in pure things. “Gladness of the heart is the very life of man, cheerfulness prolongs his days” (Sir 30:22).

• Take care of yourselves. Remember your bodies are temples of the Holy Spirit. After a few babies, a wife’s body is probably not going to look the way it did before she had children. Nevertheless, she should care for it by eating right and exercising. This is in keeping with the dignity of the human person. Likewise, a husband should strive to be in good physical and mental condition. In the same vein, beware of excesses. Do not mistake caring for the body with becoming obsessed with exercise to the point of neglecting daily duties.

Lastly, recognize that there is tribulation in life. Not every moment of marriage is going to be divine. Love is a choice, and one that must be made over and over. But precisely because we are not mere animals, we can — with the help of grace — make that choice. 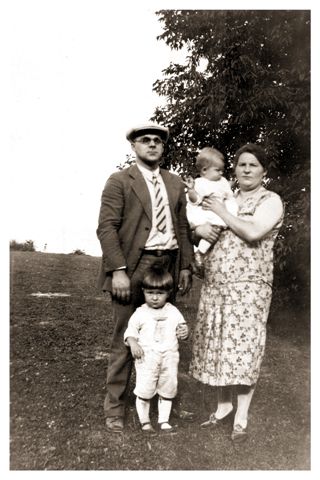 Out of the Darkness and Into the Light