Take Out the Big Guns

Country life agrees with me very well. I love the organic vegetables we are growing and eating. I love the space, the fresh air and the lack of nosy neighbors. But one thing I just can’t stand is the amount of critters on the property. We have had some adventures with coyotes, groundhogs, deer, and opossum. I worry about raccoons the most, however, partially because I read somewhere that raccoons lead the pack in carrying rabies, partially because they’re so destructive and mean, but mostly because they love to eat chickens, which we are raising in a backyard coop.

My twelve year old was doing her ‘chicken chores’ this morning and spotted a huge raccoon out in the field. I decided to try to shoo the raccoon off the property the only way I know how—I went to get my son’s paintball gun.

After a few texts to my college-aged son (who is away working for the summer), I was able to figure out how to load the CO2 and paintballs. I put on the safety mask, which was more like a safety helmet that made me look like Darth Vader. I’m sure I looked like a fool, but like I said we live in the country and the only ones around to laugh at me were the animals.

Those of you who shoot real guns are  probably also laughing at me. But I have never shot a real gun so this was my weapon of choice. I am determined, and soon I discovered that I am also a good shot. I hit the raccoon from a respectable distance three times. All three times, however, the paintball bounced off his fur and he simply watched it do so. Then, he turned to me quizzically as if to say, “Really? Is that the best you can do?”

The raccoon didn’t budge any of the three times, but rather repositioned himself in the field, laid down and continued to happily rest. I am obviously not a very good chicken defender, although I bet I’d do just fine in a game of paintball.

It seems to me that we, as a society, often go about fighting moral decay the same way I fought the raccoon, with paintballs instead of “the big guns”. We sigh about the immodesty on the television, yet continue to turn on the television programs which offend. We complain that our teenagers are disrespectful but we don’t discipline them when they need it or carefully monitor their friends, activities or conversations. It takes more than a paintball to scare off or injure a raccoon, and it’s going to take more than mere recognition of evil and feeble attempts to fight it in order to scare off the moral vices that threaten our families.

St. Paul tells us “pray without ceasing” (1 Thessalonians 5:17), and that’s a great start. We should continually ask for God’s guidance in every single moment of every single day—at work, at home, as we’re making decisions whether to let our son or daughter participate in the requested activity at hand or decisions about how we will spend our own free time. We should also be monitoring the computer, limiting electronics, (both for ourselves and our children) and talking with our kids about what’s going on in their lives, as well as offering moral guidance, non-threateningly, kindly, with love.

We definitely need to bring out the “big guns” too—which are the sacraments. Frequent confession and the guidance it offers is an important way to fight off moral challenges and sin in our lives, which our modern culture offers us regularly. We should put confession on the family calendar every single month. We can conclude the family ‘confession date’ with dinner at a local restaurant or trip for ice cream, and watch a miraculous change in attitude and action in all family members.

We should choose a day in addition to Sunday to attend Mass to pray for our families too. Parents are entrusted with their children’s souls to form and guide and hopefully return to God at the end of their lives. Receiving Jesus in the Holy Eucharist will strengthen our souls, give clarity to our minds and magnify love and generosity in our hearts—all things which are necessary to combat moral evil.

I was silly. I used a paintball when a bb or stronger ammunition would have been better. Don’t do what I did with the raccoon. In fighting moral evil, don’t just use paintballs and feeble attempts. Take out the ‘big guns’. And go get ‘em!

What I’ve Learned Falling in Love with my Fiancé 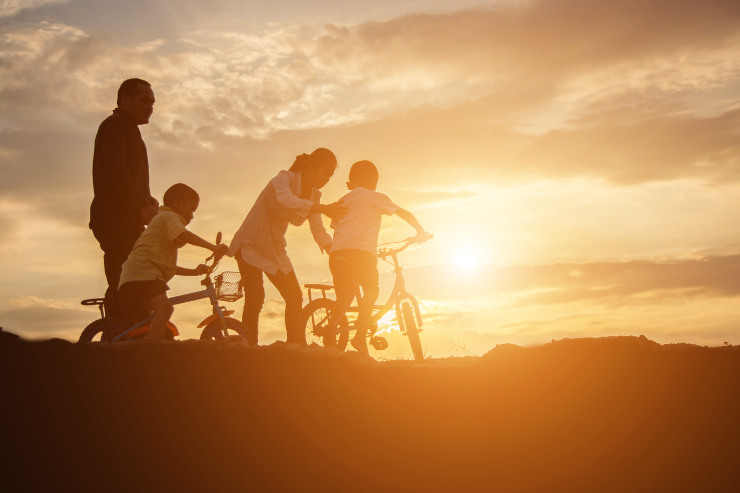