Proclaim Freedom for the Unborn The pro-life movement is all about freedom. That’s why Priests for Life, with the leadership of our pastoral associate Dr. Alveda King, is launching “Freedom Rides” for the unborn to galvanize pro-life activity across the country.

During the Civil Rights movement, the “Freedom Rides” constituted a distinctive moment of resolve and unity. The Supreme Court, in its 1960 decision Boynton vs. Virginia, had outlawed segregation in bus terminals and restaurants serving interstate travelers. So the following spring, 13 people – seven African-Americans and six whites – decided to travel by bus from Washington D.C. to New Orleans to test the enforcement of that Supreme Court decision.

Along the way, particularly in Alabama, they encountered opposition and violence from those who did not want desegregation. But having been brutally attacked, and some lying with wounds in hospital beds, the “Freedom Riders” vowed that the journey would continue. That’s when others joined in, and the initial Freedom Ride became 60 rides across Southern states in the summer of 1961, with some 450 riders participating. And by the fall of that same year, the government issued orders for the enforcement of desegregation at the bus terminals.

Freedom Rides for the Unborn

It is therefore time for Freedom Rides for the unborn. The pro-life movement is more ready than ever to proclaim freedom…

At the same time, people not on the rides or along the route can participate by being “Freedom Riders for the Unborn” and carrying out special projects that will be coordinated among Freedom Riders nationwide.

The first Freedom Ride will take place July 23-24 in Birmingham, Ala., and  Atlanta, Ga. We will begin with an assembly and concert at 7 p.m. July 23 at the Birmingham Jefferson County Convention Complex. The next morning at 9 we will gather to pray outside a Planned Parenthood abortion mill. At 11:30, Dr. King, my pastoral team, our special guests and I will board our special Freedom Bus for the drive to Atlanta. Anyone who wants to accompany us in their own car is welcome to be part of this caravan of hope. The concluding event of our inaugural Freedom Ride will be a prayer service at 4:30 p.m. at the tomb of Dr. Martin Luther King Jr.

Please go to www.prolifefreedomrides.com for all the details. Our project has the endorsement of Bishop Robert Baker of the Diocese of Birmingham and a host of African-American leaders from across the nation. We need all of you to make it a success.

In his first public sermon, Jesus summarized his message and mission by saying he had come to “proclaim liberty to the captives…” As his disciples, as his People of Life, let us do the same! 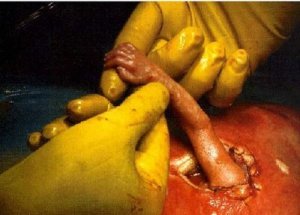 Choice and the Alienated Ego