Rethinking Pink and Racing for the Truth

You’ve probably seen or heard the ads promoting Susan G. Komen 3 Day “Race for the Cure”.  You know the ones to

which I’m referring; the well produced commercials that feature women of all ages in their pink athletic gear holding up pictures of their Mom, their aunt, their sister, or their friend who struggled with and maybe even lost their life to breast cancer.   The TV and radio spots are very well produced.  They evoke of a lot of emotion because most of us know someone touched by breast cancer. Many of the ads are running right now and planning meetings for the events later this year are taking place as we speak all over the country.   Given  that research shows more than 240 thousand women in 2008 alone, were diagnosed with breast cancer, it’s no surprise that people of goodwill and with honestly good heartfelt intentions want to rally for a cure.  Many, however, have absolutely no idea that supporting the Susan G. Komen organization is doing more harm than good.  Why?  Because in addition to allegedly “racing for a cure for breast cancer” Susan G. Komen is busy sending hundreds of thousands of dollars each year to Planned Parenthood.  Planned Parenthood is the number one abortion provider in the country and Komen, despite the growing evidence,  refuses to issue warnings to women concerning  a major risk factor; the link between abortion and breast cancer.

Karen Malec with the Abortion Breast Cancer Coalition (www.abortionbreastcancer.com) is a regular contributor to my radio program. She works hard to get the word out to anyone who will listen.  Very few, if any, secular media outlets will give her the time of day.  They will report on cancer concerns relating to mammograms or airport screeners, but not abortion.  So she works through the Internet and as many Christian media outlets as she can to get the word out.   In early January I interviewed Karen regarding the latest scandal in this ongoing saga of denial among major breast cancer research groups.   This one involves a researcher who previously denied the ABC link.  Dr. Louise Brinton, with the National Cancer Institute, reversed her decision and is now finally admitting that abortion does indeed raise a woman’s risk of being diagnosed with breast cancer.  The study found that abortion raises breast cancer risk by 40%.  This study also looked at the connection between OC’s or oral contraceptives and breast cancer.  And while a few research organizations do admit to a problem with OC’s, they won’t touch the abortion issue with a ten foot pole.  Malec says the study itself is somewhat old news but the big story that should be making headlines is the denial by Komen and other similar groups who claim to be searching for a cure.

“Although the study was published nine months ago, Susan G. Komen for the Cure and other cancer fundraising businesses have made no efforts to reduce breast cancer rates by issuing nation warnings to women,” Malec stated.

There are well over a million abortions performed annually in this country and hundreds of thousands of women diagnosed with breast cancer each year.  It doesn’t take, as I like to say, a rocket scientist or a Rhodes Scholar to figure out that there just might be a connection here.   It is indeed scandalous with 26 out of 32 studies showing the ABC link, that major foundations and organizations supposedly dedicated to helping breast cancer patients, refuse to acknowledge the evidence, even when one of their own speaks out.

Until we get these groups to admit the truth, these so called “Race for the Cure” events are heading nowhere fast.  Unless of course your Planned Parenthood, and thinking pink means grabbing lots of greenbacks at the expense of breast cancer patients and other good hearted folks who are led to believe they are making a difference. 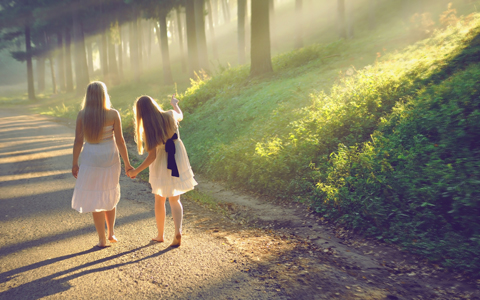 Lessons on Hospitality From St. Martha