Women Should Just Say Thanks!

That means that pretty much every single woman I know, or have ever casually encountered, or have heard while eavesdropping on a conversation is unable to easily embrace a compliment. As this includes me, as well, I have recently become very intrigued by this phenomenon.   On the face of it, a compliment is a fairly innocuous thing and women shouldn’t fear or reject compliments the way they do.  And yet they do.

“Wow Sally – that is a beautiful dress you have on.  It is so flattering for your figure!”

“This?! Why, this is nothing! Nothing I tell you! I bought it at the clearance bin of a thrift resale store. In fact, they paid me to take it!” Okay, maybe I’m exaggerating; but not by much.

Having been on the giving and receiving end of that particular conversation, many times, makes me really wonder what it is about the feminine physiological make-up that tends to make compliments seen as a verbal onslaught to be dodged and avoided.

I believe it is because women are, by nature, givers.  To take something, even in the form of a compliment, is almost foreign to females. When JPII spoke of the feminine genius, he was speaking directly about the trait that is inherent in woman, what he called “the gift of self.”  Women are, by their very design, meant to give. They are wired to nurture and tend to others.  Sure, some do a better job of this than others, but at her very core, a woman is created as a giver.

It doesn’t matter how often radical feminism denies it, women are different from men. The Truth of our Faith, though, is that different doesn’t have a value attached to it.  The value exists in the full and complete phrase “different but equal.”

It is this very message that is at the core of who we are and how we can serve God.  Women throughout the ages have modeled this for us.  Zipporah most certainly had a marriage to Moses that was different than she would have imagined and yet her role was as important to God’s plan as was Moses’.  To believe that God called upon Moses separate from Zipporah is to misunderstand the Sacrament of marriage, as eventually made clear when Jesus performed His first miracle at the Wedding at Cana.  Zipporah is a perfect example of “gift of self.

When Naomi encouraged her daughters-in-law to stay in their homeland while she would return to Bethlehem, she was acting in complete selflessness.  Naomi had, by that time, lost her husband and her sons.  Naomi could have selfishly asked – or expected – her daughters-in-law to remain with her; but, instead, she encouraged them to be on their way, separate from her, in hopes of finding fulfillment.  Indeed, Naomi’s “gift of self” was so beautiful that Ruth could not tear herself from her mother-in-law but chose to remain with her.  And, of course it is this selfless action that ultimately begets the lineage from which our Savior is born.

Women are givers and though they may get mired in the day-to-day details of life and lose track of their true selves, at their very essence they are meant to provide love, comfort, and guidance. While this may make receiving compliments difficult or arduous, it is what makes women unique and necessary to God’s plan for mankind

Women can and should understand that receiving compliments does not diminish who they are, as givers; but, rather enhances who they are as daughters of the King.  For women who struggle with accepting compliments, it is good to remember that a gracious and sincere “Thank-you” is actually a gift to the giver of the compliment!  And so, graciously accepting a compliment is truly a “gift of self.” 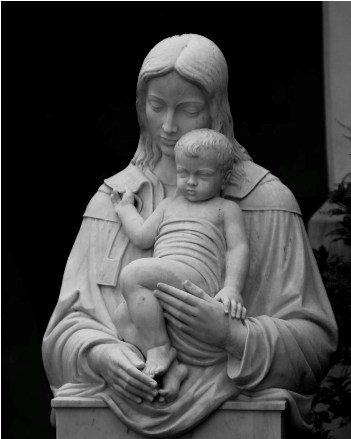 The Catholic Girl’s Survival Guide to the Single Years: A Book Review