Atlanta, GA (April 1, 2010) — A lay Catholic organization announces the formation of a new movement to support Catholic priests called EncouragePriests.orgTM . This announcement comes on Holy Thursday, the day Christians celebrate the anniversary of Christ instituting the priesthood and the Eucharist.

Throughout the centuries, over a billion people around the world have witnessed the service and dedication of Catholic priests.  Some recall the heroic and sacrificial example of military chaplains, priests who serve in nursing homes and hospitals, fathers who feed the poor, pastors who serve as peacemakers during marriage counseling, or priests who have celebrated a family wedding or funeral Mass.

Yet today, the secular media is laser-focused on only a handful of wayward priests who have betrayed Jesus and the teachings of His Church, and are violating a sacred oath and trust. But millions of faithful priests and bishops serve as heroic shepherds of their flocks, leading rewarding and spirit-filled lives of service to others.

According to Tom Peterson, founder of EncouragePriests.orgTM , “Countless priest deserve our true gratitude and love, as so many lead sacrificial and humble lives. These noble men of God need our encouragement and could be uplifted by a simple prayer and a gentle word of appreciation from us.”

EncouragePriests.org TM was established in Lent 2010 by the non-profit Catholic media apostolate, Catholics Come Home, Inc. ® (www.CatholicsComeHome.org). Peterson, president and founder of CatholicsComeHome.org adds, “It’s timely to launch this movement during the ‘Year for Priests’ as declared by Pope Benedict XVI (June 2009-June 2010), and to continue supporting the priesthood for many years to come! Our mission is to encourage priests, and promote priestly vocations through our love and prayers.”

On Father’s Day (June 20, 2010), EncouragePriests.org TM will launch an interactive Web site currently in development (www.EncouragePriests.org) that will assist Catholics in offering “spiritual bouquets” (gifts of prayer),  e-cards, printable greeting cards, video messages and blogs with kind words of gratitude to show appreciation for countless priests around the world.

Similar to the highly creative CatholicsComeHome television ads that have aired coast to coast helping over 100,000 inactive Catholics back to the faith,  EncouragePriests.org TM plans to air TV commercials that support the humanitarian efforts of priests and encourage more priestly vocations.

To schedule an interview with Tom Peterson, founder of EncouragePriests.org TM and president and founder of Catholics Come Home.org, ® please contact: Yvonne Marchese at 678-585-7886 x101 or by e-mail to Yvonne@catholicscomehome.org. 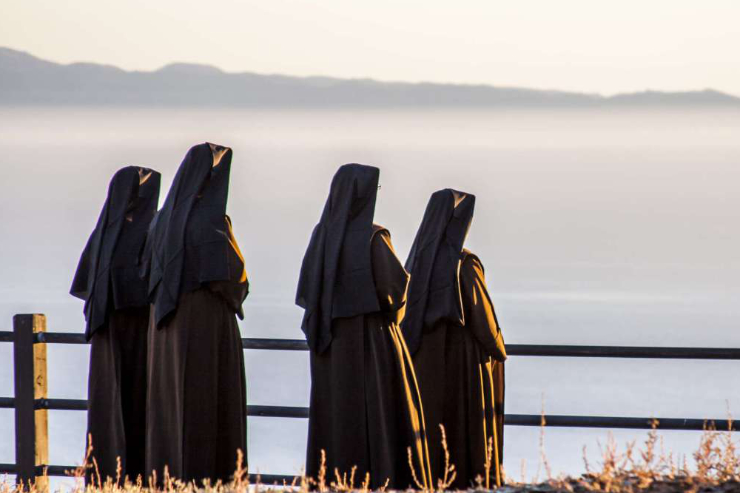