An interview with author Nicholas Sparks

Peggy Bowes is the talented author of the latest book published by Bezalel Books called The Rosary Workout which has been endorsed by best-selling Catholic authors Lisa Hendey and Holly Pierlot. It is an excellent work that combines spiritual and physical well-being for the busy woman (or man). Peggy graduated from the US Air Force Academy in 1988 and served as an Air Force pilot and Health and Wellness consultant. After leaving the military to raise a family, Peggy continued her education in the fitness industry by becoming certified as a personal trainer, Lifestyle and Weight Management Consultant and Spinning® instructor. She established a successful and rewarding business in metabolic and athletic performance (VO2) testing, with an emphasis on weight loss counseling.

Peggy was asked to cover the recent press junket to L.A. for a one-on-one interview with Nicholas Sparks. Prior to the press junket, Peggy screened Sparks’ new movie and offers both a review and the interview for parents wondering if this new movie is right for their children.

An Interview with Nicholas Sparks Nicholas Sparks is a devout Catholic, generous philanthropist, and the proud father of five children.  When not on tour advocating his 16 books or seven movies, he lives a quiet life in a sleepy town on the North Carolina coast.

Sparks is the reigning king of the romance novel genre, including best-sellers The Notebook, A Walk to Remember and Dear John.  He incorporates themes such as faith, forgiveness, and charity, and his realistic portrayal of Christian characters resonates with readers.

The Last Song is the coming of age story of rebellious teen Ronnie Miller (Cyrus), who spends a memorable summer learning about romantic love, family love and love of neighbor.  Ronnie’s mother (Preston) forces her to spend her final summer vacation with her estranged father, Steve (Kinnear), who was her piano teacher before a painful divorce.  Feeling abandoned by her father, talented Ronnie turns down an offer to attend the prestigious Julliard and refuses to play the piano to spite him.

Over the course of the summer, Steve’s unconditional love slowly breaks through Ronnie’s emotional barriers as he helps her navigate the challenges of making new friends and falling in love with local boy Will Blakelee (Hemsworth).

After screening The Last Song, I had the opportunity to sit down with Nicholas Sparks to discuss this latest movie project, along with a few of his other passions.

Peggy Bowes:  The novel has an overt Christian theme, but in the movie it’s very subtle.  What are your thoughts about that?

Nicholas Sparks:  It’s supposed to be subtle.  It’s a different medium.   Not that I say, “Oh, it’s Hollywood — I can’t.”  That’s not it at all.  It was very heavy, for instance, in A Walk to Remember.  [The main character, Jamie] is the pastor’s daughter, and she talks about God and Jesus.  Quite frankly, The Last Song is a different story.  In much of the novel, Steve’s journey is very introspective.  You get to know Steve through what he was thinking, as far as his views on faith.  It’s really tough to film that, but it’s in there.  It’s subtle, and it reflects the spirit of what I was trying to do without literally clunking you on the head with it.  You’ll see him read the Bible.  You see how he deals with his daughter — let’s say he “turns the other cheek”.  He works on the stained glass window for a church [depicting the Resurrection].  That’s about as much as I can do in that particular story.  I only have so many minutes to work with.

Bowes:  In the past, you’ve based several characters on actual people in your life.  Jamie, in a Walk to Remember, is inspired by your younger sister.  In The Notebook, the lifelong love of your wife’s grandparents helped create the characters of Noah and Allie.  In The Last Song, Ronnie and Will meet on a beach and fall in love almost immediately.  That sounds a lot like the story of how you met your wife.  Are there any other similarities?

Sparks:  I was older, 22 at the time.  We were both seniors when we met on spring break.  We were on the beach, and I thought I was being charming.  She suddenly jumps up and says, “Excuse me for a moment,” and she walks up to two good-looking guys playing Frisbee.  She talks to them for about 10 minutes, and I think, “There goes my chance….”  Well, she comes back and says, “They were getting wild, and there were little kids over there.  I didn’t want them to get knocked over, so I told them to watch out.”  [Nicholas raises his voice for emphasis:] WHO, ON COLLEGE SPRING BREAK, is thinking about little kids?  Later, she stopped and held the door open for two older people.  WHO, ON COLLEGE SPRING BREAK, thinks about old people?  This is a quality person!

Bowes:  There’s quite a contrast between Ronnie and her new friend, Blaze.  Ronnie is so self-assured, while Blaze has a very low self-esteem.  You’re a parent and coach.  Any insight on how we can raise girls’ self-esteem?

Ronnie devoted herself to the piano — she knows she’s good.  She developed confidence.  You have to give both boys and girls a passion, or something where they can succeed and fail.  You have to tell them it takes time, whether it’s piano, dance, cheer or soccer.  God gave everyone different gifts.  I think it’s important that parents insist that their kids pursue at least one thing — hard.  They have to pursue it, and it has to be inconvenient to them at times.  They can’t go to the party because of it.  They can’t be a vegetable in the afternoon because of it.  That’s where you get self-confidence — from knowing that you can do something.

Bowes:  One of your many philanthropy projects was building a faith-based school in your hometown of New Bern, North Carolina.

Sparks:  It’s college prep, up to grade 12, with 100% [of the graduating students] off to college.  I think the average last year was $85,000 each in scholarships.  It’s regarded as rigorous among the colleges, even though it’s only been around for a short time.  It’s Christian, not Catholic, and you might wonder why. We don’t have enough Catholics in New Bern to fill up a high school!  We don’t teach doctrine.  You start with chapel, then a Bible reading, usually about how you can be a better person.

Sparks:  It’s amazing.  You come in as a freshman, and by the time you leave, you will have visited 23 countries on six continents, spending over 200 days abroad.  All of these trips are not only educational but they’re also service-oriented.  For instance, my son is a sophomore, and he’s studying the Holocaust.  Next week, he’ll go to Poland and Czechoslovakia, seeing Auschwitz and the Jewish quarter in Krakow and Berkinow.  But they’ll also be doing service projects, working with a school out there.  I think it’s important to have both education and mission.

Bowes:  You were a track and field star at Notre Dame, setting the record for the 4×800 relay, which still stands today.  You also coached high school track and begin each day with a workout.  Does your passion for fitness have any effect on your writing?

Sparks:  It keeps me from going crazy.  In times of high stress, whether it’s an interview or getting stuck on a section, you need a healthy outlet.  Fitness, for me, provides that.  I think health is very important.  I have children, and I think it’s important to be a good example.  My wife also makes time for exercise, and hopefully, the kids will grow up and they’ll say, “Well this has got to be a part of our lives too.”  I’m not telling them what kind of exercise to do, just — “You gotta move!”  Otherwise, it’s not good for you.

Bowes:  Do you have a patron saint?

NS:  I’ve got two.  I lose everything, so St. Anthony is a good friend.  I am also Mr. Hopeless Cause, so St. Jude too.  I’ve done the whole publishing [novena prayers] for nine days in all sorts of newspapers — many times.

Note:  My review of the film, The Last Song, will be posted on Catholic Exchange when it’s released on March 31st. 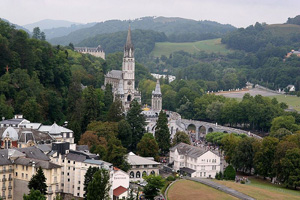 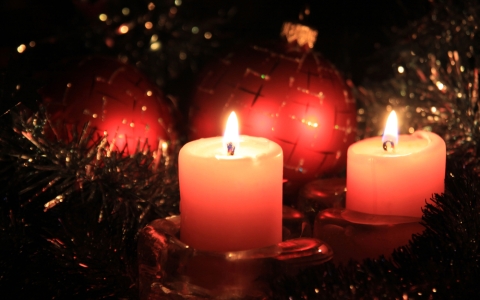 Moving Closer To The Crib